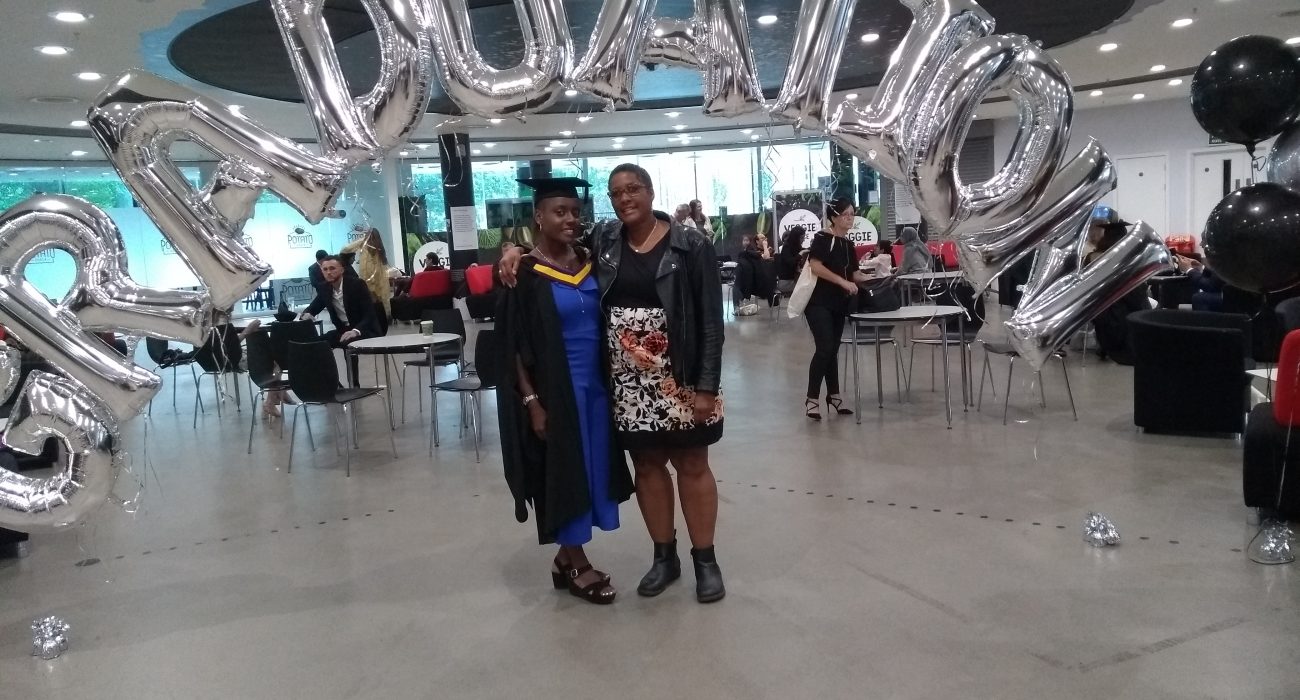 Asha at her graduation ceremony with her mum. Photo: Asha Owen-Adams.

If you surveyed every recent graduate from the University of Manchester, most would name their final year the most stressful. That could be down to the pressure of that year being the most important for your overall degree result, the agitation in searching for a job after you finish uni, or just the knowledge that your life is about to go through a meaningful period of change.

However for Asha Owen-Adams, a recent law graduate from Camden, her final year was far more stressful than most.

Not only did she have to contend with her mother’s cancer diagnosis, but has also had to navigate the University’s mitigating circumstances process – one which she describes as “brutal” – only to be told that she wasn’t eligible for special consideration as she scored 67 in her final year, despite recording an average of 74 in her first two years of her degree. 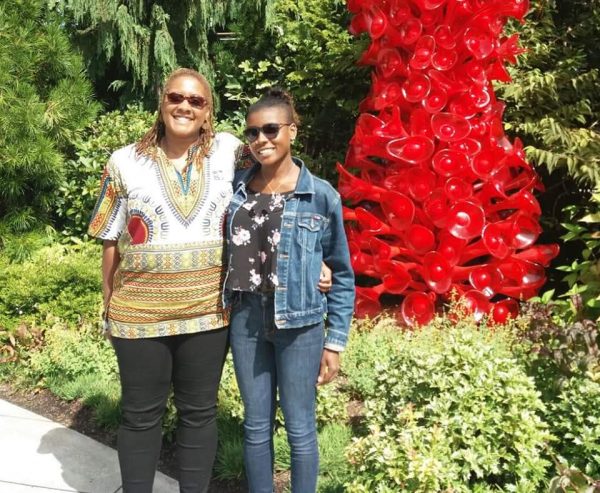 Asha’s journey through the process began at the end of her second year, when her mum told her about the diagnosis she had received. Asha’s mum stayed strong when she had that conversation, not “crying or getting upset” – which is something that made her future tears even more “shocking” to Asha.

From there, Asha approached her academic advisor early on in her first semester – October 2018 – who “reassured me that I should apply for mitigating circumstances”, Asha says, and then was told by a Law School representative “that mitigating circumstances were created for situations just like mine and that I’d get it and it’d be fine.”

“After that I didn’t really hear anything until January or February when they told me that my mitigating circumstances had been accepted for the first semester, so that was good. My academic advisor knew what was going on, she knew my situation and everything.

“Fast forward to exam period of this year, [summer] 2019, and I submitted mitigating circumstances again for semester 2. I emailed my academic advisor asking if I would hear anything about being accepted and she said I wouldn’t hear anything until I got my results, and that’s what happened.”

It was only at this point that Asha learned how her application had gone: “There was nothing on there, all of my grades were normal.

“I emailed the law school and [they replied] with a letter briefly stating that ‘your mitigating circumstances had not been accepted’… said because I wasn’t in the ‘zone’ for my mark to be moved that they weren’t going to do anything about it and that was basically it.”

When Asha then asked if she could appeal the decision, she was told she could, but that the mitigating circumstances process is usually final unless new evidence comes to light. The law school then refused to tell her what kind of evidence she’d need to provide, because her appeal would be against it. 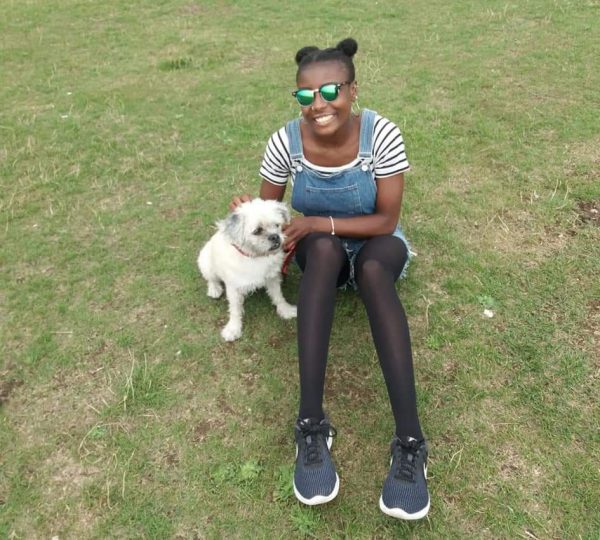 Naturally, Asha’s mental health deteriorated throughout the year, saying she felt like she was “carrying a tonne of bricks on her shoulders.”

“I was so blase about everything – which isn’t really me. Anyone who knows me knows that I push myself probably too much with uni work, I get really invested in it – but I was feeling quite disconnected.”

Whilst Asha visited the counselling service and used the Students’ Union Advice Service, certain requests from the University exacerbated her mental state.

Those included being asked to get a letter from her GP proving her mum’s condition was affecting her mental health – a moment which she calls “one of the worst parts of the ordeal.”

One aspect in which Asha was fortunate was the support she received from her family and friends. She grew up in London, part of a small home with only her mum and dog, Marvin, under the same roof, making for a “very close” family unit, Asha adds, even saying that she was told she was “really alike” her mum from a young age.

Not everyone is in such a position, however. That might be part of the reason Asha says she knows “so many other people who’ve been put off applying for it in situations where mitigating circumstances was made for it”, which is worrying for University figures.

Although some parts of the University have been “really supportive” – such as her academic advisor and the Students’ Union Advice Service – she believes that the mitigating circumstances system is “definitely not user-friendly” and has been “brutal” on her well-being.

“I was just caught off-guard, because I trusted the University to have my best interests at heart and that I’d be supported, but I just feel really let down,” she adds.

Asha’s also keen for the system to change, saying that the University “needs to take into more consideration [peoples’] individual circumstances, so obviously with my case it was they recognised my circumstances but they didn’t meet their perfect threshold to change.

“I think they really need to put themselves into the shoes of the student and you know your mum having cancer will affect your brain, so it’s just being able to support students in that way.”

The ultimate question in terms of the student experience, though, is would she advise her friends to go through the process if they were eligible?

“It’s worth doing to get an extension. But if you’re doing it not for the extension, just to support your overall grade, it’s probably not worth it.

“The time and the emotional stress that I put into [mitigating circumstances], I could have spent more time doing my work.” 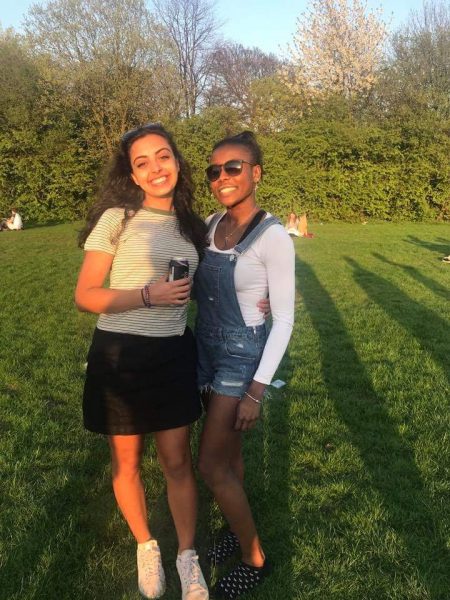 When The Mancunion contacted the University about Asha’s criticisms of the system, a spokesperson said: “The University cannot comment on individual cases, but the physical and mental wellbeing of our students is always of the utmost importance to us.

“We recognise that individuals have different circumstances and that is why our mitigating circumstances process is designed to be as comprehensive as possible so students can provide us with all the relevant information we need to best help and support them.

“Our policies are regularly reviewed and we welcome all feedback from staff and students on ways we can improve them.”

Chloe Salins, SU Education Officer, added: “This situation highlights the current issue of the Mitigating Circumstances Policy at the University of Manchester, the process is designed to support students however cases such as this show when the policy disadvantages students.

“Although this does not happen for all students, this situation does show the inconsistencies and the variance of how the policy is implemented across the University. If any students are currently having any issues with mitigating circumstances or academic appeals you can always contact our advice service based in the Students’ Union for free impartial advice.”