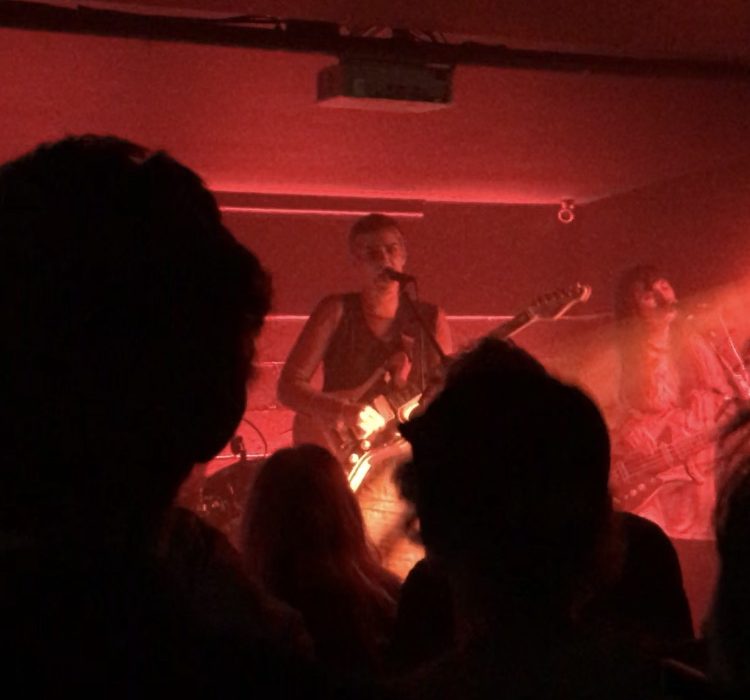 In conversation with Porridge Radio

London-based, soft-rock band Porridge Radio are one of the most exciting bands emerging on the DIY scene.

Lead singer and guitarist Dana, “like Hannah but with a D,” discussed all about the band’s upcoming projects with me.

With upcoming shows in Manchester, Dana informs me that the band “love Manchester so much.” She tells me that when she “thinks about cities that [she] love[s] in the UK [she] thinks about Manchester.” When asking what her favourite part of the city is, the answer comes as a bit of a surprise: “Manchester has the best charity shops.”

Charity shopping has become somewhat of a ritual for the band when they’re on tour. “We love going charity shopping,” Dana tells me. The band’s moral conscience towards reducing fast fashion has meant that Dana would “feel guilty if [she] bought new clothes.” She lets me know that if she “buys things second hand from charity shops it’s all okay.”

With one tour over October and another over November, every band member is working in their spare hours to help make ends meet. Perhaps it’s the band’s DIY roots that are part of their determination. Having met whilst at university in Brighton, arguably the city with one of the biggest DIY music scenes, Dana admits that at the beginning Porridge Radio “were a fairly chaotic band and [they] didn’t know what [they] were doing.”

Elaborating further on Brighton’s DIY scene, Dana admits that “the word ‘community’ doesn’t really explain the DIY scene.” Instead, she reveals that Brighton’s music scene was made up of one big friendship group, and it was tough for Porridge Radio to be noticed. With the large majority of local bands studying at the British Institute of Music (BIM), “that scene was quite cliquey.” However, without this vibrant scene, they “wouldn’t have been able to play a lot of shows.”

When delving deeper into how the band met, Dana’s honesty was refreshing: “I could tell you how I met each of my bandmates but it’s really long and boring. We’re just people who know each other,” she explains further. “I find it a really hard question to answer.”

However, being in a band is something Dana has always wanted to do: “I’ve always loved music and wanted to write songs.” She jokes about how she “didn’t even know how to play instruments or perform until [they] started the band.” She notes that the encouragement of her friends was the push she needed to finally form Porridge Radio.

The interview comes to an end as Dana arrives home to her two “rescue dogs from Romania.” She laughed as she told me how “they chewed up a letter [she] got from the DVLA.”