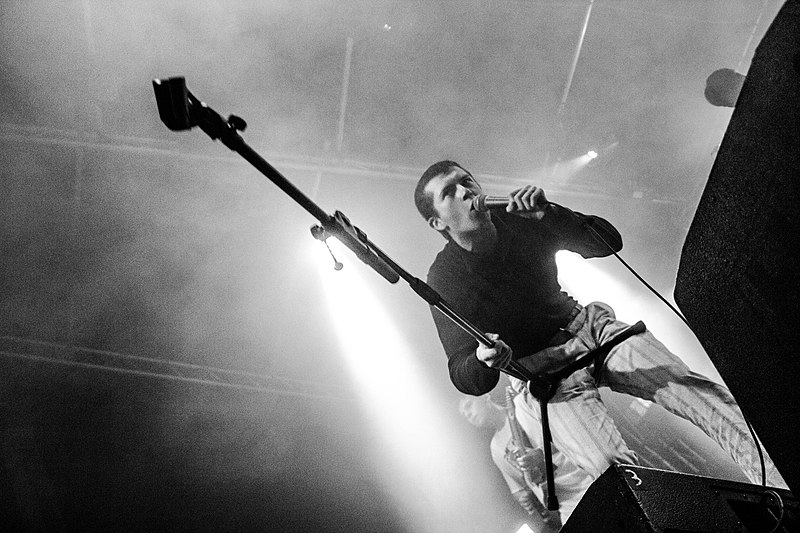 In the late 90s, from the caverns of the New York music scene, came bands like Interpol and The Strokes, spearheading the post-punk revival.

Now, two decades later, back across the Atlantic Ocean – but also, to be perfectly honest, worldwide – post-punk has seen another major resurgence. Since the rise of bands like Shame and Idles, every week there seems to be a new band cropping up, almost always following a very similar formula.

In the early 2000s, the revival of post-punk was seen as a saving grace from the oversaturation of nu-metal and, in the UK specifically, post-Britpop bands such as Coldplay and The Verve. Franz Ferdinand, Bloc Party, and The Kooks all had their time in the sun and fizzled out around the late 2000s, leaving just a select few – the Arctic Monkeys and the Strokes in particular – left to carry on, and even then their style bore little resemblance to the initial sounds they created. Lighter, breezier indie rock became the norm for guitar music, whilst hip-hop adjacent genres dominated the music landscape.

As soon as the post-punk revival died down, bands began to spring up mostly in America, but this time much more loyal to the roots of post-punk. Protomartyr, Preoccupations and Ought all followed the blueprints of trailblazers such as Joy Division and The Fall much more carefully, less inclined to morph their sound for radio crossover, while also not sounding completely dated. This sparked a similar phenomenon in the UK, with the previously mentioned Idles acting as a figurehead (perhaps unwillingly, based on their reluctance to define their music as post-punk) alongside the likes of Shame, Fat White Family and, from Ireland, Fontaines D.C. and The Murder Capital.

Whilst it is easy to assert the merits of each of the bands listed already, there are now countless bands exploding onto the alternative scene, tipped by BBC 6 Music or found in an NME ‘ones to watch’ type of feature, who all begin to sound homogenous and indifferent. There has been very little room in guitar music as of recent for genuine experimentation – whilst Black Midi, Girl Band and, Black Country, New Road, amongst a few others, are pushing the boundaries of guitar-based music much more than their peers, they tend to get little airtime in comparison to their more generic peers.

There is no doubt that many of the bands in the unofficial post-punk resurgence have good intentions – Idles for one have been very vocal about relevant socio-political issues, using their newfound position in the public eye to push for equality – there are many that are, frankly, unnecessary. Almost always a gaggle of white, middle-class, university-educated men, there is an emphasis on acting radical and important in such a way that feels fraudulent – whilst the generic ramblings of whoever gets thrust upon with the role of delivering vocals are almost always delivered with a tone of arrogance and pretension. A clear fondness for Mark E Smith runs through most of the lesser bands to the point of parody, where it begins to feel like tribute acts have began to write their own material.

It could be argued that post-punk can give way to important political debate and discussion by the way of the frank, honest nature of the genre, lyrically speaking. When a lot of the lyrics fall back on anecdotal diatribes, however, the only real place to look for noteworthiness is in the instrumentals of the songs themselves. This is perhaps why bands such as Black Country, New Road stick out amongst their peers, as they balance out potentially tired and overdone lyrical clichés (depending on the opinion of the listener) with genuinely interesting instrumental choices – combining the post-hardcore elements of Slint with some math-rock, experimental choices familiar to fans of Black Midi, for example.

Another problem with the (third) rise of post-punk is the assumption that this still remains alternative and as game-changing as it was in the 1980s and again in the 2000s. It does not. There are more exciting avenues that push the boundaries outside of post-punk, and frankly, outside of guitar music in general – an obvious example being the experimental hip-hop coming out of the US with Death Grips and Injury Reserve. This is the kind of music that merits the holier-than-thou attitude that many post-punk musicians seem to have at this point, as they are actually using modern genres to create even more modern music.

This all leads me to invent my own term: ‘landfill post-punk’. A term adapted from the very apt ‘landfill indie’ of the late 2000s to describe a similarly generic and unadventurous phenomenon in the music scene. Hopefully, in this next decade, there’ll be less of the coasting and more of the boundary-pushing in order to try and regain guitar music’s crown from hip-hop. I guess we’ll have to wait and see.