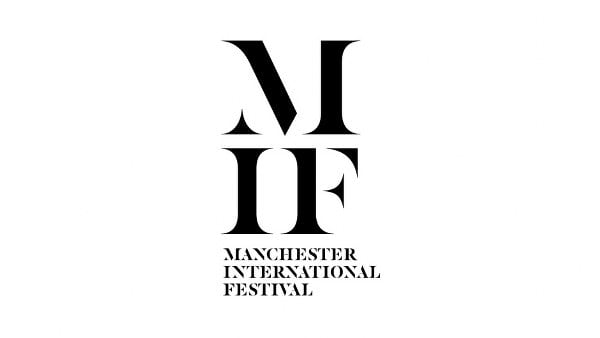 A recent report by Manchester City Council shows that last July’s Manchester International Festival contributed £50m to the city over its duration.

Over 302,000 visitors from over 40 countries attended more than 1,000 ticketed events, an increase from £40.2m in 2017. MIF19 was the seventh edition of the festival, and the second led by Artistic Director John McGrath.

The renovated Festival Square attracted its largest-ever crowd of 165,000 to its free programme of good food from local suppliers, live DJs, and other entertainment.

A large number of events were participatory, such as Yoko Ono’s BELLS FOR PEACE, which saw thousands of residents and visitors come together to ring out for peace. Similarly, hundreds of Manchester’s migrant communities were able to share their experiences, skills, and knowledge at Cuban artist Tania Bruguera’s School of Integration.

Local residents played an instrumental role in the Festival, with over 500 volunteers welcoming people to the festival. A further 6,000 people were involved in engagement activities including workshops, skills development programs, and resident-led public conversations.

As a part of MIF’s inclusivity commitment, 2,500 free tickets were distributed to local youth and community groups including RECLAIM, Manchester Cares, and Salford Youth Justice Service. This enabled many people who had no previous engagement with the arts to see a festival show. Moreover, 35% of tickets were available at £10 or less to Greater Manchester residents on low wages.

Sir Richard Leese, Leader of Manchester City Council, said: “Manchester’s cultural and creative credentials have never been stronger and this year’s MIF is further proof that the city is not going to give up its place in the spotlight on the world’s stage any time soon. With an economic impact this year of £50m there can be no doubt that MIF is good for Manchester.”

John McGrath, MIF’s Artistic Director and Chief Executive, also commented: “We’re delighted by the success of this year’s Festival, which brought to Manchester some of the world’s greatest artists, who produced thrilling, sometimes challenging work across the city.

“More than ever before, local artists and residents have played a crucial part in making it happened and I’m very pleased that we’ve been able to support more young people to see and be involved in MIF19. As we start planning for MIF in 2021 and look ahead to the opening of The Factory, this year has been an extraordinary example of Manchester meeting the world.”

The next Manchester International Festival will take place in July 2021. Find out more on their website.