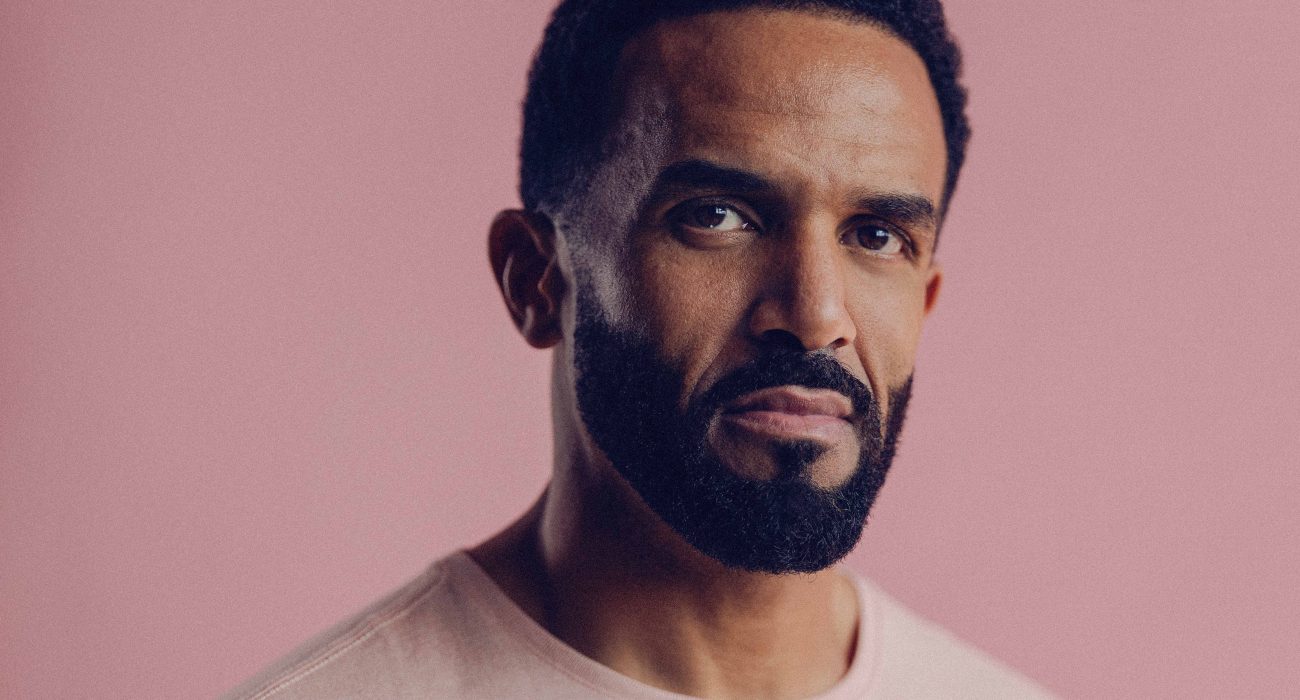 “I don’t want to do the obvious thing of saying how much I love Manchester, but honestly I love the vibe,” Craig David laughs over the phone.

Modesty and politeness are the strongest and perhaps most surprising impressions Craig immediately exudes. With over 15 million record sales under his belt, his sense of demureness is apparent even in the most mundane of conversation topics. For example, he seems surprisingly excited about the onset of the dreary English winter:

“I get super creative around this time,” he says, “I definitely tend to be more creative in the studio when it’s dark outside.” With the intense summer festival circuit over, he “uses this period to write songs,” admitting that multitasking, in addition to writing on the road, is not one of his strengths.

When he first moved to Miami in 2010, his decision to take a break from releasing chart-topping singles led to the launch of his weekly club night: TS5. Even after his return to the UK in search of a calmer lifestyle, TS5 still remains an integral part of the Craig David live experience. “When I DJ after a show I can pick up songs I didn’t play that night,” he explains, “I can do a quick version of a tune so that the fans get to hear [all the hits], but they just get it in different forms.”

Signing with Sony in 2016 sparked something of a renaissance in his career. Teaming up with rapper Big Narstie and reconnecting with his UK garage roots led to his first single in six years, ‘When The Bassline Drops’, reaching the top ten in the UK charts. Revisiting the genre that first made him fall in love with music proved successful, leading to the release of his sixth studio album Following My Intuition.

Following his intuition is still paramount for Craig. “Intuition is all we’ve got […] I am still learning from my 14-year-old self now because that’s where the magic is,” he explains, “I didn’t know what worked and what didn’t, I was just using my intuition of what felt like a vibe.”

His strong belief in continuing to learn from his younger self is perhaps what has helped him stay so grounded throughout his career. “I was just making music and loving it,” he reminisces, “I was spending more time in the studio than at college, and I was just living music.”

His naivety to the industry meant his career has always been firmly rooted in his love of making music he loves. Even through all his accomplishments, he would still not change a thing about his debut, Born to Do It. “That album created and did more than I could ever imagine, so it had to come out the way it came out. It changed my life completely for the better.”

Now, in the year his debut Born to Do It turns 20, Craig David is celebrating by touring the UK. “I’m so grateful to have the opportunity to travel the country,” he admits, “I just can’t wait to get out there and jump on stage and give everyone the feeling that they were looking for.”

It seems fitting for his latest tour to take place in the wake of a seeming resurgence of the UK garage music scene. As Craig says, “I think the UK garage scene is in an interesting place right now.” With artists such as Jorja Smith and AJ Tracey incorporating garage sounds in their genre-blurring music, “it shows that there’s definitely room for garage to come back again.”

Despite dipping his toes into RnB, pop, and Motown, it’s clear that his love for garage music still reigns strong. “The new scene is coming back to life,” he claims, “but I would like to see it spring to life in a slightly bigger way.”

Perhaps what is most evident from chatting to Craig is how grateful he is for every opportunity. His upcoming tour will encompass a plethora of arena shows all over the country. Even after decades of touring the world, and playing some of the biggest venues, it is more than apparent how appreciative he still is. “I always find that [touring] gives me so much joy, and it reminds me of the first time I went on tour when I was 18 or 19. The feeling is still the same.”

However, a nation-wide arena tour isn’t without its pressures. He admits that with such a huge catalogue of music behind him, deciding on setlists is “the hardest thing to put together. The way I look at it is; what were the singles released? Let’s try and get some of those songs in the mix.”

His tried and tested method also incorporates revisiting the album tracks that “got a lot of love” and alternating the tracks he plays live each night. This method, he tells me, “keeps it a little spicy while keeping it structured.”

As our conversation winds to an end, Craig assures me that he “will definitely have some new music before [he] comes to Manchester.” Despite the sunlight already fading outside, he plans on residing in the studio for the rest of the evening. This unending drive and passion makes Craig David, international pop star and DJ, the same Craig David who was skipping school to write music.