On the night of the 9th of November, at the Staples Centre in Los Angeles, Olajide Olayinka Williams Olatunji (KSI) beat fellow YouTuber Logan Paul in a professional boxing match. Now, as far as the sport is concerned, it is easy to dismiss this as childish and irrelevant, especially as it is well-known that DAZN, the subscriber-only sports platform, saw easy money in streaming the fight.  However, its impact on boxing and the entertainment industry is fascinating needs to be assessed.

YouTube often gets dismissed as light entertainment: it is not established and the majority of its audience tend to be children and young adults. KSI and Logan Paul have a combined 40.7 million subscribers on YouTube (even this is nothing compared to PewDiePie’s 102 million), a large portion of which will have signed up to DAZN. The pair are marketing experts, shifting merchandise and concocting drama for the media.  This should be respected, though the controversial figures do not make it easy.

But what about the fight? Although not technically good, it was undeniably enjoyable, especially given the electric atmosphere from the crowd. Indeed, the real winners might be Devin Haney and Billy Joe Saunders, professional boxers who fought on the under-card. They gained exposure from the event, generating over a million Google searches between the 8th and 9th of November.

Compare this to the biggest match of the year, Spencer vs. Porter, which had only 55,000 searches during the whole fight week. Haney will earn £773,000, Saunders £579,000; KSI and Logan Paul will earn £695,000 each. Yes, it is possible that putting celebrities on a professional card makes a mockery of the sport, but attention, the gift of these media-marketing wizards, is what counts.

And it works both ways. KSI and Logan Paul made less than the reported £150 million garnered by their first non-professional fight, showing that for the YouTube stars, this was about seeming credible and mainstream.

Boxing has benefited, not from the money, but from the unanticipated attention generated by YouTubers. We may see more events like this in future. It is unlikely to destroy boxing’s prestige and, besides, if Floyd Mayweather vs. Conor McGregor showed anything, it is that the sport is no stranger to farcical match-ups. 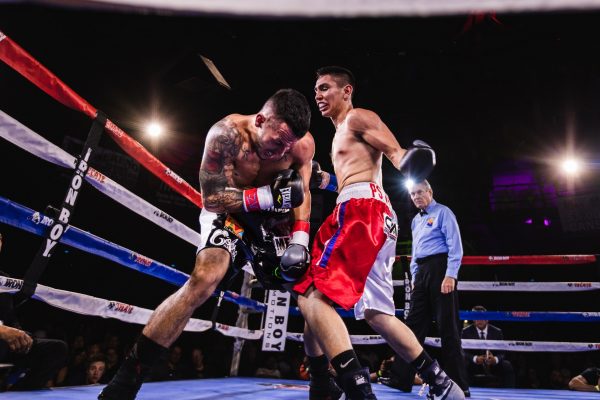 Feuds and bad blood: The difficulties behind boxing’s biggest fights