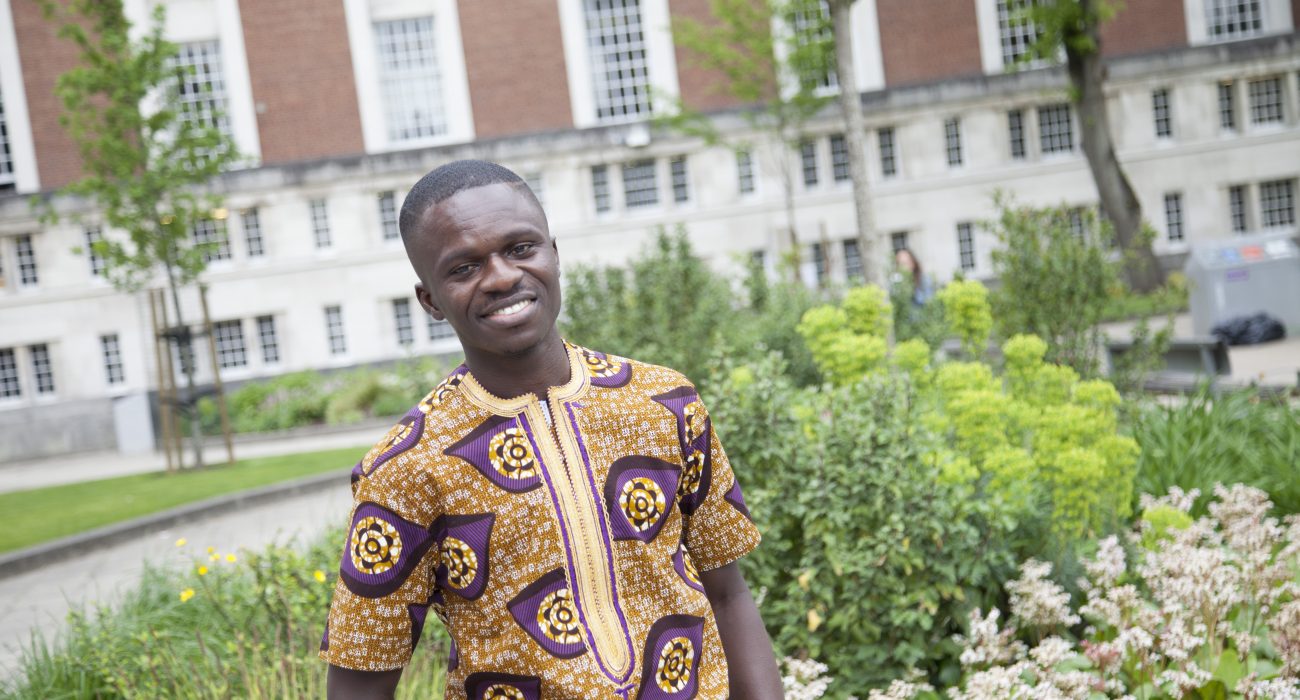 Students have had their say after the SU General Secretary Kwame Asamoah Kwarteng released a series of anti-vegan tirades on his personal Facebook account, followed by a lengthy statement issued to The Tab.

Asamoah Kwarteng became the first international student to hold the position when he was elected back in March, despite controversy surrounding his campaign methods. He has since enjoyed an action-packed start to his tenure, including holding his own radio show on Fuse FM.

The story in The Tab raised eyebrows for a number of reasons, the most surprising of which was that the publication not only mispelled his name, but also somehow failed to locate an accurate photo of the Gen Sec himself – choosing instead to feature an image of an unidentified black man eating fruit.

Between November 9-11, Asamoah Kwarteng posted three separate updates on his public personal account, highlighting what he sees as the hypocrisy of veganism. The first said: “A Plant is a living thing with emotions n life. So why do we eat them n their babies, fruits? We need 2 protect plant rights too.”

He then jokingly offered his views on the notion of plant consent: “Daily, trillions of fruits/plants are harvested with cruelty & without the plants’ permission. Plants have feelings #PlantsRights!”

He then shared a Daily Mail article showing vegan activists being pelted with raw meat by protesters while demonstrating outside a butchers, and voiced his supported for the anti-vegan protest, equating the lives of plants to the lives of animals.

“I couldn’t agree more with meat eaters retaliation!!! If you choose to go vegan or vegetarian that is totally fine. But if you seem to suggested that meat eaters are cruel to animals then find another thing to eat rather than substituting if with veg, because plants are bigger living things that also require dignity and respects which shouldn’t be touched and humiliated by vegans!!!”

While these views were originally posted on a personal account and not in his official capacity as Gen Sec, they have still generated debate among students – particularly in light of his lengthy public statement in The Tab.

Jasmine, a Master’s Student in International Relations, voiced her concerns that the Gen Sec was promoting a misrepresentation of Veganism as a movement: “I feel like he is demonising a movement – like when people say feminists are just bra burning man-haters who want the world to be a matriarchy. He is using a false equivalency.

“Veganism is a large movement with many different variations – from people who decide to simply wish to change their own personal attitudes and behaviours, to those who work to actively compel others.

“When you highlight the most extreme aspects of a movement, especially as a person in a position of power, it could make it seem like the movement is inherently how you are painting it to be – like when Trump established a ban on people from a number of Muslim countries entering the US, and in doing so, insinuated that Muslims on the whole are somehow threatening.

“When a citizen sees someone in an elected position of power say things like this, it might cause them to feel like this is a normal and accepted way of thinking. As a voice of the student body, you would assume that someone like Kwame, who was elected as General Secretary, represents the views of the general student population, and you may feel compelled to internalise these views or on the other side of the coin, you might feel alienated because you are from the group being spoken against. As an elected official you have a responsibility to research before publicly stating inflammatory opinions. And I’m not even a vegan.”

Some students, such as Miffy, who studies Neuroscience and Psychology at UoM, felt that the story had been blown out of proportion: “I don’t think it’s the most appropriate thing to say, but I do also feel that, as vegans aren’t really a marginalised community, he is entitled to an opinion to a certain extent. I don’t really feel that it was appropriate to broadcast it on social media, however.”

Annie, a third year Chemistry student feels conflicted: “In some ways, I don’t think it’s right to judge someone based on their personal social media profile. We are all entitled to private lives. This being said, Kwame is in a position of responsibility as the elected General Secretary of the SU and I think it was quite irresponsible of him to have posted this online in a public place. What’s more, to have then sent a further and pretty long reply to The Tab, feels like he is really trying to make a public statement.

“As a vegetarian, it feels as though he is making fun of those of us that don’t eat meat. This doesn’t make me feel like I can fully put my trust in him as General Secretary to be open to students who don’t share his views. On a side note, I find it so questionable that The Tab didn’t even manage to use a photo of Kwame himself, but rather just some other black man. This surely isn’t okay.”

In response to his coverage in The Tab, Asamoah Kwarteng explained to The Mancunion that he believes “all leaders were humans first with feelings, opinions and beliefs. So we should respect their personal views even though it is important for such leaders to not superimpose such personalised opinions on the people they lead.

“We have leaders who are Catholics, Muslims, vegans, meat-eaters, LGBTQ, etc. and reaffirm that in their personal spaces. What we don’t want to do or set as a precedent is to tell leaders to denounce these personal associations.

“So as I stated on my Facebook wall, we shouldn’t entertain people forcing their ideas, opinions and beliefs under the throat of others but rather allow our diversity to exist. Diversity is important and that is what I stand for as the General Secretary of the biggest Students’ Union in the United Kingdom.”