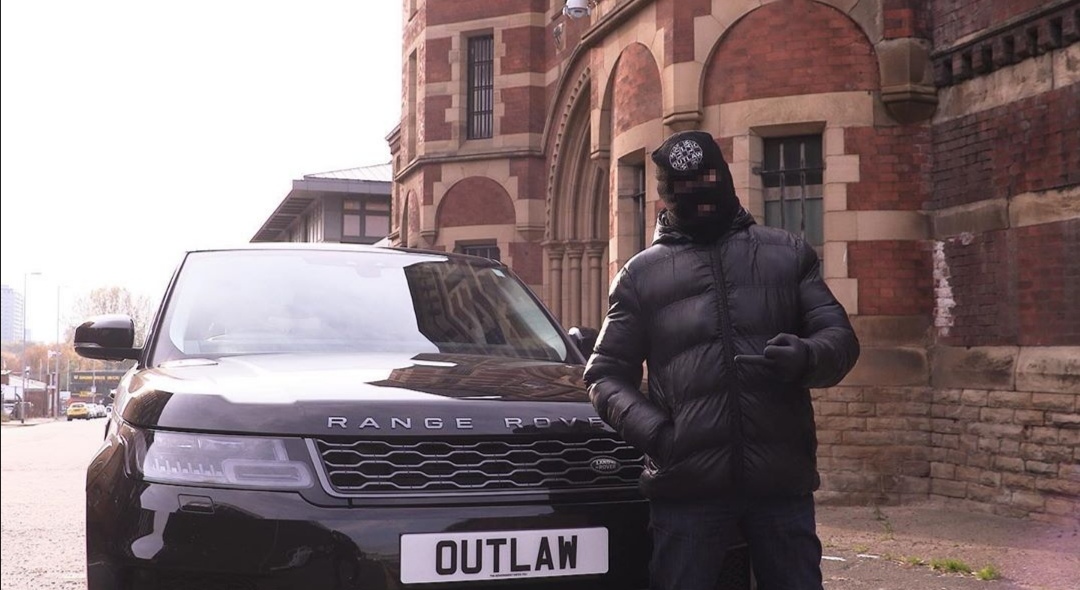 Outlaw Producer standing infront of the car he was arrsted in. Photo: Outlaw Instagram @outlaw.ltd

‘Outlaw’, a music producer, was dragged from his car by armed officers following reports of him and his passenger acting suspiciously near Deansgate. Police claimed that he and his passenger were “not acting within the law”.

Reports given to the police outlined that two men in balaclavas were acting in a suspicious manner in a black Range Rover. The men were handcuffed, searched and later released with no charges.

Greater Manchester Police (GMP) claimed the pair “failed to provide a reasonable explanation for their behaviour” after they arrested them at 14:30 on the 30th of October on Chapel Street in Salford.

Despite originally reacting to the report as a potential terrorism-related threat, a search of the car found fake police uniforms and equipment and concluded that the incident was not terrorism-related.

The Musician stated on his Instagram that the police “illegally detained him”. He told the BBC: “We didn’t see them coming up from behind us [and] had to slam on the brakes as they cut us off.”

“They reached in, opened the door, pulled us out of the car, put us on the floor [and] searched us. My feet didn’t touch the floor – they handcuffed us [but] no officer had explained who they were or what we were being detained for.”

The artist also took to Instagram to tell his side of the story. In a statement posted on his page, he includes a statement from a ‘solicitor’ about the incident as well as images of the arrest.

Speaking to the Manchester Evening News he stated: “I was filming a music video for my album at the time. We didn’t get a chance to explain what we were doing. We’ve been out filming music videos before and have been stopped but this time we didn’t get a chance.” He also explained that they had filming equipment in the car but that this was not included in the statement the police gave.

Outlaw commented that his statement was made to clear up what happened for the sake of the public, not to ‘make a fool of the police’.

A GMP spokesman said the men, who are both white, had a replica police uniform, baton, utility belt, and other items in their car, some of which required assessment by bomb disposal officers. He added that police were treating the incident as “irresponsible behaviour”.