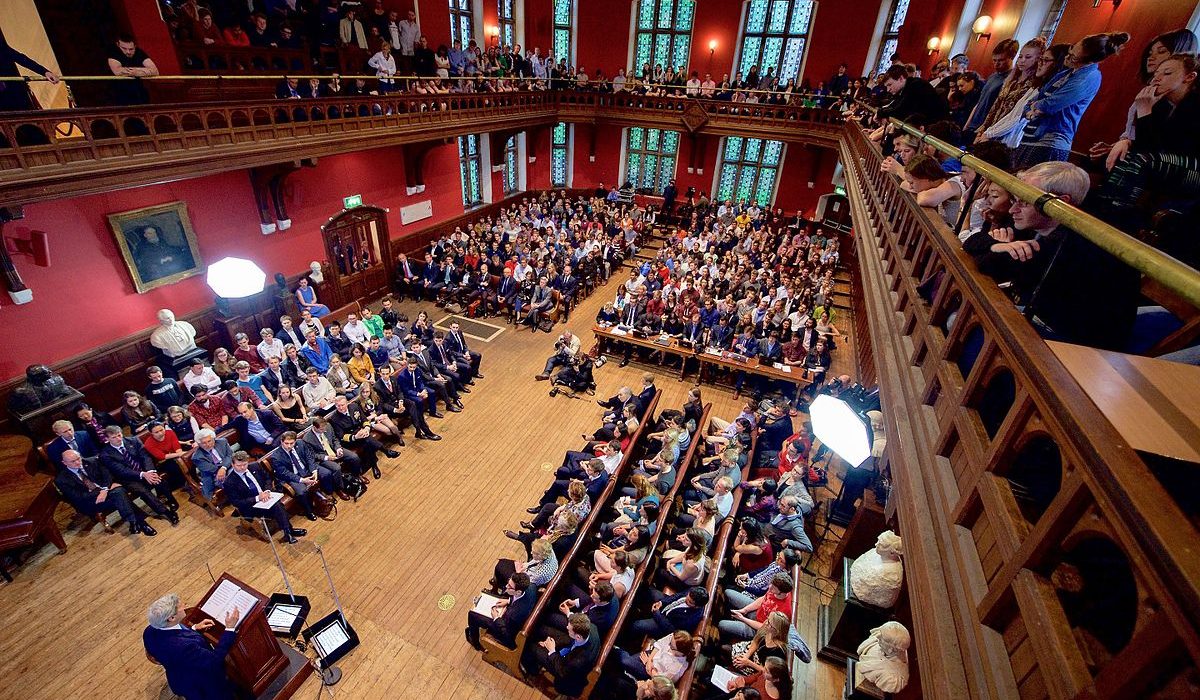 Following the violent removal of a blind student from a debate at the Oxford Union last month, the President of the Union, Brendan McGrath, has stepped down after widespread backlash against his handling of the incident.

Ebenezer Azamati, a blind 25-year-old International Relations postgraduate student from Ghana, arrived at the No Confidence debate held at the Union on the 17th October early to secure a seat as he was concerned about disabled accessibility.

After leaving the chamber to eat dinner at his college, he was not allowed to re-enter. After being taken into the venue by a friend and finding the seat he earlier reserved, Mr Azamati was confronted by security resulting in his forced removal from the chamber and the confiscation of his union card.

Following the incident, Brendan McGrath brought a disciplinary complaint against Mr Azamati, claiming that during attempts to remove him from the debating chamber, Mr Azamati had responded violently toward members of union staff.  The complaint led to a disciplinary hearing, the result of which saw Mr Azamati being banned from the Union until May 2020.

The Union’s response to the incident prompted significant opposition and protest from within the student body.

The Oxford University Africa Society (OUAS) felt the handling of the incident by the Union was “inhumane” and also unfair as the Union had failed to provide Mr Azamati enough time to bring forward his witnesses at his disciplinary hearing.

The OUAS asked McGrath to consider resigning from his position given the mishandling of the incident.  They blamed his “reckless” leadership of the union for the “physical, emotional and psychological trauma Mr Azamati has had to endure in the past few weeks”, and further claimed McGrath failed in his duty to ensure the safety of those who visit the venue.

The OUAS’ dissatisfaction with the Union has been widely supported as on 15th November over 100 people joined a protest against the Union’s leadership.  During this protest, demonstrators called for McGrath to resign and criticised the injustice in the treatment of Mr Azamati by the Union.

McGrath earlier claimed that he was still the “best person” to lead the ongoing negotiations with Mr. Azamati and his legal representative and that resigning “would be exactly the wrong signal to send when we have these institutional problems with the Union for an eight-week president to resign”.

However, after a motion to impeach McGrath was passed on the morning of the 18th November, the Oxford Union released a statement the following evening where McGrath stated he would be resigning as president.

In his statement, McGrath apologised “profusely and unqualifiedly” for his “mistakes” and ends his letter of resignation by calling for a review of the Union’s policies with regard to disability “with the aim of fostering a culture of respect and inclusion”.  He recognises his failure to ensure that visitors to the Union felt welcome and also to recognise his “wider obligations” as Union President to represent the interests of Union visitors as well as members of staff.

Commenting on McGrath’s resignation, the OUAS said:  “It is the appropriate thing to do given his failure to responsibly handle this case from the start”.

“His proposal for the review of the Union’s policies with respect to disability is welcome and in fact is the sort of changes we want to see as an outcome of this incident.”