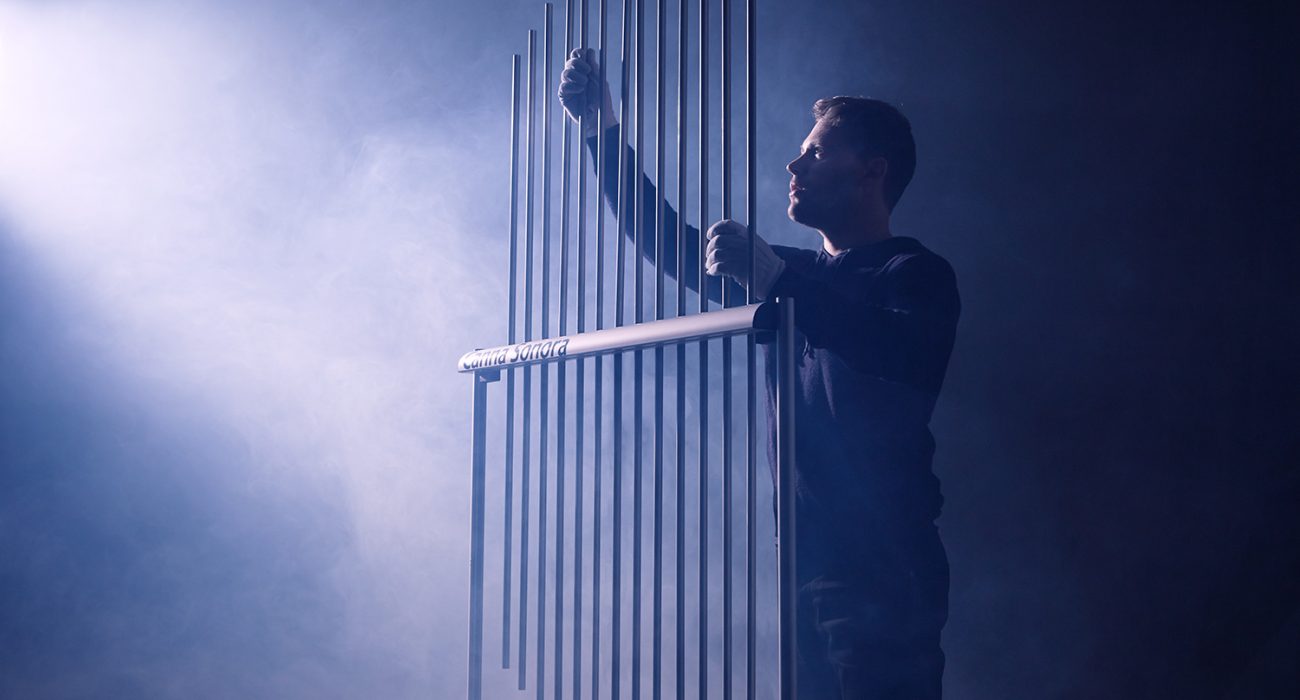 Joby Burgess: The drummer man playing the heartbeat of America

On 3rd December, The Joby Burgess Percussion Collective make their concert debut, taking over the Royal Northern College of Music to present a programme soundtrack of American music. I sat down with percussionist Joby Burgess, to talk about how American culture has influenced his career and upcoming gig Credo in USA.

Most of us have been piped American culture from birth through film and music. For Joby “I believe in the USA” is a statement that is not just the title of his show, but something he embodies.

“I grew up as a rock’n’roll and jazz drummer and came very late to classical percussion”, says Joby. Beyond this, Joby is just as comfortable in the world of blockbuster films, playing on soundtracks such as Black Panther and Jurassic World, as he is recording concerti with international symphony orchestras, and touring his solo percussion project Pioneers of Percussion.

His new show is a non-stop soundtrack of American music; equal parts sound meditation, concert and DJ set, paying homage to the great percussion music produced in the USA.

Joby says: “As a percussionist, there’s so much important material that has come out of the country.” He goes on to explain how one can’t hear Edgard Varése’s ‘Ionisation’ without picturing the Manhattan street scene, with its sirens and anvils. Metropolitanism captured the imagination of many early American composers, from Varése to John Cage, to the world of the minimalists, like Terry Riley and Steve Reich, whose frenetic rhythm coincides with the beat of the big city. ‘These forces in percussion music have written some of the landmark pieces”.

The show is built around one particular landmark, Cage’s Credo in USA. The piece was written in 1942, midway through the Second World War, and has the core elements of what Cage’s music is about.

“He plays with found objects, a selection of tin cans, Balinese tuned gongs, electric buzzers, and creates these otherworldly sounds by placing objects in the piano”. The piece also uses gramophone and wireless radio to reproduce sections of records and tune into local stations.

“Bringing these elements together creates something that is born in the moment. It seems Cage was writing something to believe in at that point, which I think is rather lovely. Whether that’s belief in us as the human race or believe in the US as a country”, Joby explains.

At the time Cage was writing, America was discovering a collective identity, and pursuits of industry were a big part; the forging of the Union Pacific Railroad, followed by the engineering innovation of structures like the Brooklyn Bridge, the world’s first steel-wire suspension bridge, or the Empire State Building (completed in 1931), then world’s tallest building.

It’s no coincidence the other piece we’ll hear by Cage is called ‘First Construction in Metal’ (1939). Engineering and construction prowess were, in many ways, the making of America. It was the preoccupation of many industries, including instrument manufacturers. It was here that one of Joby’s signature instruments, the Canna Sonora, was born.

“An invention of the Capone era of Chicago, it was created in 1927 by J.C. Deagan”. Joby notes how it’s an aluminium harp, comprised of vertical rods that make a sound when friction is applied. “Deagan was to percussionists what Stradivarius was to violinists”. In his day job he produced xylophones, marimbas and tubular bells, and moonlighted as the inventor of weird and wonderful new instruments. The Canna Sonora was one of two instruments he began selling that year, the other was the more widely known, vibraphone.

With Linda Buckley’s ‘Discordia’, everything comes full circle. Having worked together before, this is a new commission for the Canna Sonora, which premiered last May at the Barbican Centre. Linda conceived the work while she was living in New York just after the 2016 United States presidential campaign. “It’s a reflection on what she felt was quite an ominous time, politically”.

The Joby Burgess Percussion Collective also make their concert debut. First, they play some of Eric Whitacre’s music, arranged by Joby for marimba quartet. The triumphant finale brings together the combined forces of the Joby’s Percussions and a dozen players from the RNCM for a performance of Terry Riley’s ‘In C’.

“Credo in USA is not a concert, it’s a ‘happening'”. As part of RNCM’s Original Voices, an ongoing series that explores new kinds of concert experience, it promises a wall-to-wall experience with a short DJ set by Linda Buckley and Steve Reichs’ Come Out.

“We’re doing something else as well!” says Joby, ecstatic, “we’re gonna do a couple of Pauline Oliveros’ group sonic mediations to welcome people to the performance.” Students from the RNCM, the junior RNCM, and also students from Chethams School of Music, all-in-all about 30 percussionists will perform one of the Oliveros meditations. “It’s going to be a wonderful sound, for sure“.

Credo in USA is happening at the RNCM on Tuesday 3rd December, 7pm.