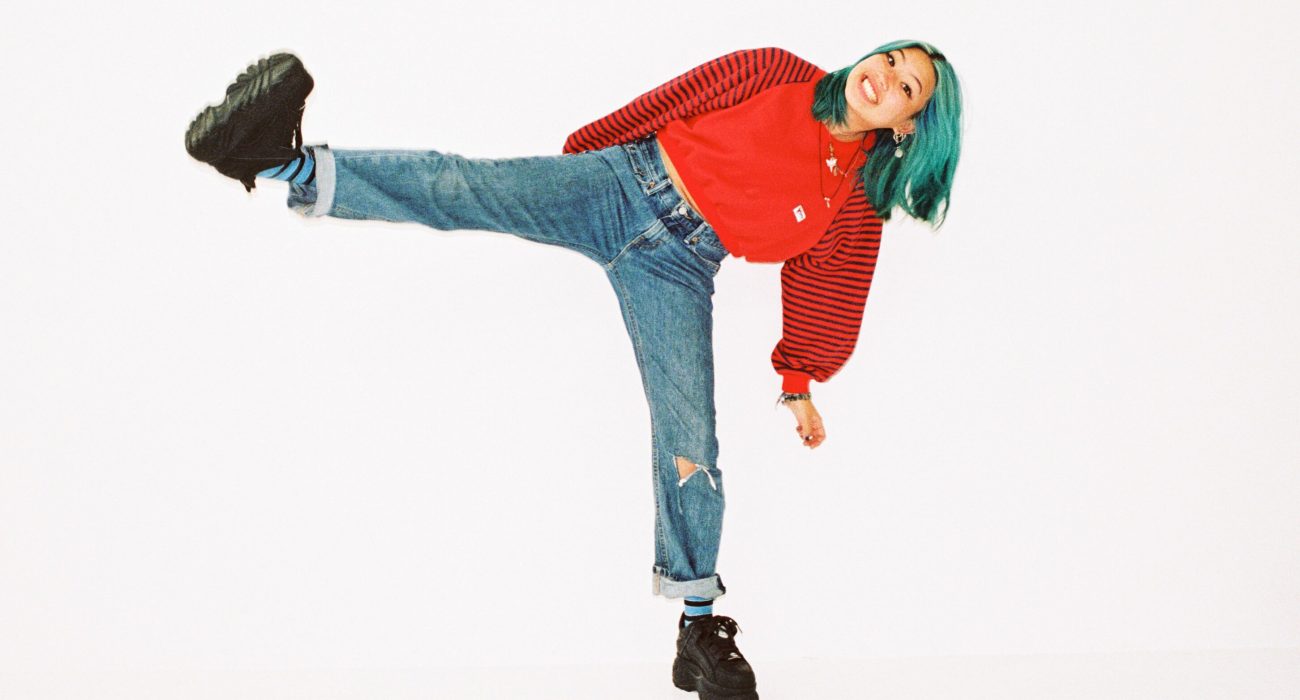 This month, London based singer-songwriter Bea Kristi — better known as Beabadoobee — released her third EP, Space Cadet. Best known for her acoustic pop-folk sound, this EP feels like a big leap into the realms of indie pop-rock. This, however, is not to its detriment.

The desire to break out and have a band-oriented sound has been evident since her previous record, Loveworm, which featured the song ‘Apple Cider’ baring a resemblance to the recent single, ‘She Plays Bass’. Both feature short bursts of bubblegum lyrics sung dreamily over a danceable groove and lazily strummed guitars with bass-popping and noodling underneath. ‘She Plays Bass’, however, feels like a far more realised song than it’s predecessor. The production is cleaner and more radio-friendly, a motive clearly achieved since the song appeared on Annie Mac’s Hottest Record in the World upon its release as a single; the overall composition and arrangement speak of the recent distillation of the live band’s roster and a move towards Bea being a bandleader rather than simply a solo artist.

The second single, ‘I Wish I Was Stephen Malkmus’ is a bold statement of intent sonically. As well as it’s referential title, the song boasts the clean and carelessly melodic guitars characteristic of bands such as The Velvet Underground (Think ‘Oh! Sweet Nuthin”) or perhaps The Get Up Kids, paired with a big chorus and an anthemic second pre-chorus. This song almost becomes a ’00s pop-punk reprisal. Lyrically, at a glance, the song is a reflection on personal growth: “I think I’m starting to change, with the weeks and the days”. It doesn’t brood, though. The refrain is a loud and empowered, “I think I kinda like it”.

This is a celebration of the need and compulsion to change one’s persona regularly and being okay with that. Digging a bit deeper, however, one will find references to the changes that are perhaps more public, “I wish I was Stephen Malkmus, I wanted change, no-one forced it”. This feels as if Bea is addressing her old school fans who perhaps feel her new sound and aesthetic are a far cry from the moody acoustic balladeer who wrote ‘Coffee’.

This may be true, since her signing to Dirty Hit Records she has become what could be seen as one of their squeaky clean minimalist caricatures. A part of their Dirty Hit Universe. Bea, however, wants these fans to know that this is still her making the music she wants. If she wants to sound like Pavement then she will. It is not Matty Healy putting ideas in her head.

Thematically the EP holds up nicely. When imagining a space cadet sonically, one might imagine clean wide guitars playing hypnotic arpeggios — there are some of those. One might even expect something a little more shoegaze-ey — though this might not be for hardcore shoe gaze fans (this is Dirty Hit after all). There are some colours of Slowdive in there and, arguably, My Bloody Valentine as well. The central influence is, as expected, however, Pavement. ‘Cut Your Hair’ is a perfect example of a Pavement song that Bea will have used as a reference when in production for this record. This record rings of an early Weezer (Pinkerton especially) in many ways, and it will certainly appeal to fans of pre-haitus Fall Out Boy.

Something the Dirty Hit label keep digging up are artists with a distinctly indie sound – regardless of parent genre –  that have a wonderful Beatles factor aesthetically. This means that the audience feels emotionally and personally addressed while also being validated by what feels like the artists personality, rather than just their work. Beabadoobee is no exception and she certainly fits in well amongst the big hitters and the up and comers at the label such as No Rome, Pale Waves, The Japanese House and The 1975.

Overall the record deserves a 6.5/10. It’s strong, but the space Bea is moving in to is crowded and she’ll have to compete with a vast catalogue of beloved classics. Importantly though, she is out-writing much of the contemporary competition, including hero artists of yesteryear.