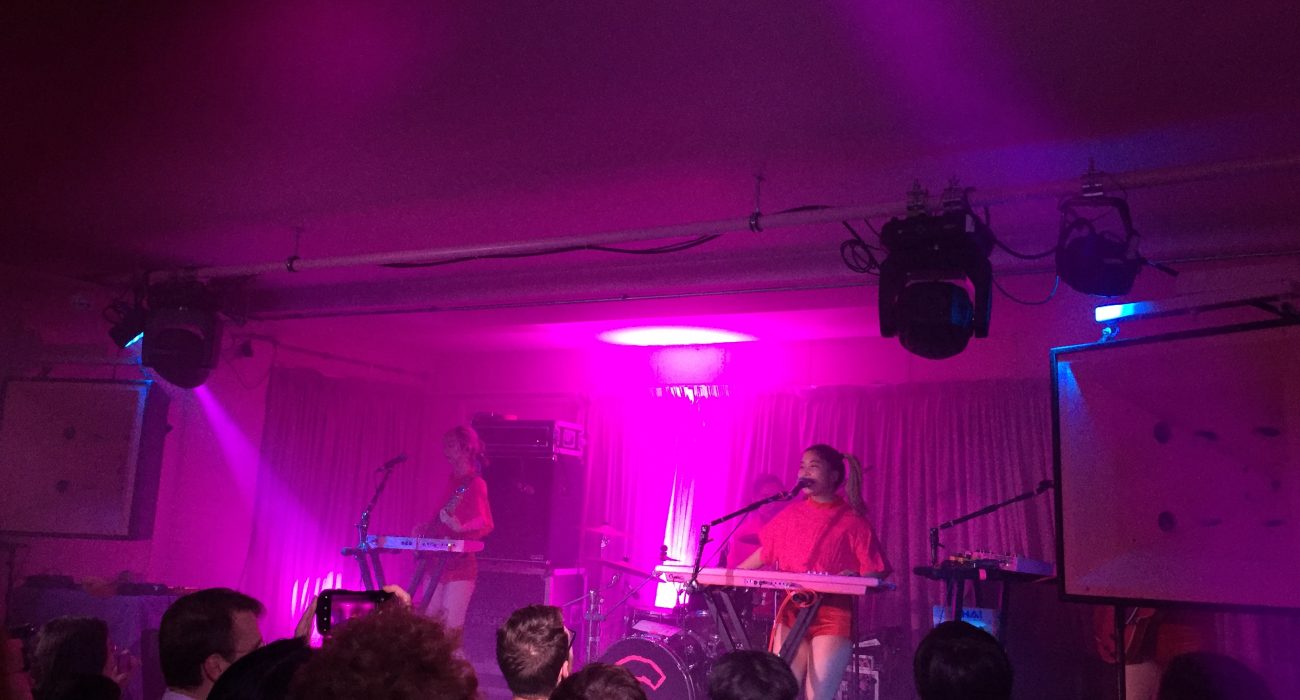 Chai are the perfect girl band.

Their gig at Manchester’s YES venue included coordinated dancing, pink matching outfits and a speech about the importance of owning your body. This came before the set was even halfway through. Despite the dwindling crowd, Chai were not phased, immediately throwing themselves into the performance, which, despite feeling rehearsed, was still so bizarre and abstract, you couldn’t help but be hooked.

Chai put on an act that made the crowd feel as if they’d discovered something was still in obscurity but would soon be blowing up into the mainstream. There is no doubt in my mind that Chai are destined for greatness; coming off the back of a support slot with Superorganism in 2018, they have continued to rise.

The band’s discography is largely dominated by songs with Japanese lyrics which is perhaps a deterrent to the casual UK listener who may have stumbled across them. The small crowd at their gig was perhaps a reflection of the language barrier. However, in my opinion, the Japanese lyrics are what makes Chai so special; they a testament to what can be achieved globally without compromising in areas to appease the masses. Additionally, Chai were not going to let the language barrier stop them from connecting to their fans, allowing for a singalong with a Japanese lyric cover of Culture Club’s ‘Karma Chameleon’, alongside which they performed a coordinated two-step.

It is obvious that Chai take inspiration from electronic music, and their excellent genre-meshing is what makes their performance so wonderfully unpredictable. As a result, the setlist felt refreshing, deviating from being a repetitive play-through of just guitar music. ‘Choose Go!’ and ‘N.E.O.’ are standout songs from Chai and sound almost better live. As a band, they vow to break the conventions of ‘kawaii’ or ‘cute’. In subverting the popular genre of J-Pop and incorporating punk and alternative rock into their music they definitely smash through these stereotypes. The songs are driven by heavy basslines and come across much more intensely than the recorded versions. The contrast between this ferocious delivery and the pink outfits and piggy tails is no doubt a realisation of Chai’s ideas about combating conventions of cuteness and femininity in Japan.

‘Fashionista’ is also a highlight, the smooth vocals and harmonies created a hypnotic and electric feel with bass and drums as a punching constant backing beat. The song is slower and softer than most of Chai’s discography and shows off their ability to craft an incredibly memorable single. This presents itself as the standout song of the gig.

Before closing the set the band put aside their instruments and danced in blue hooded coats covered in multi-coloured tassels to their song ‘THIS IS CHAI.’ This is an angle in which Chai surpass what you would expect: you can feel the energy and positivity radiating from the stage and it takes the performance aspect of a gig the extra mile. This enthusiasm causes an attentive crowd, their engagement a testament to the band’s stage presence.

Chai are definitely ones to watch.