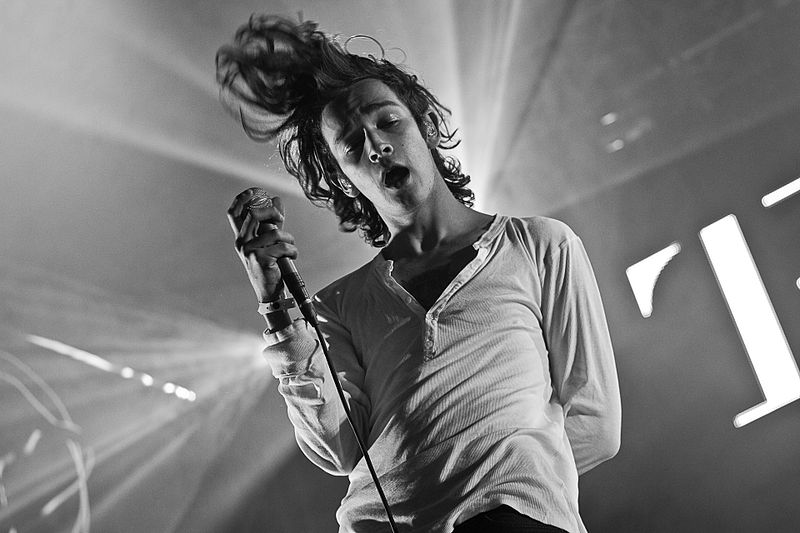 Single Review: Frail State Of Mind by The 1975

The 1975 are a band with a lot to say, and that fact holds true in their recently released single, ‘Frail State Of Mind’.

Having previously released songs concerning the climate crisis and their contempt for figures such as Donald Trump, it’s no surprise that this song also highlights an important issue prevalent in today’s society: mental health. Songwriter and frontman, Matty Healy, uses the song to speak openly about his personal struggle with social anxiety. Other songs in their discography addressing important issues like this are often popular with fans, as many identify with Healy’s beliefs and feelings. ‘Frail State Of Mind’ is yet another example of that.

The third single from The 1975’s upcoming 22-track album, Notes On A Conditional Form, this track has sounds reminiscent of songs such as ‘TOOTIMETOOTIMETOOTIME’ and ‘Petrichor’, from their most recent album, A Brief Inquiry Into Online Relationships. These songs feature heavier drumbeats further from the band’s typical style and are akin to those found in genres such as UK garage. These beats give the song a disjointed feel that can be difficult to listen to at times, which was perhaps a conscious decision by Healy and George Daniel (the band’s producer and drummer) to demonstrate Healy’s feelings of discomfort resulting from his social anxiety. The outro could also be attempting to replicate Healy’s experience of anxiety with his voice echoing the song title in a melancholic tone.

The instrumentation of this single feels as though it is not entirely original for The 1975 and seems to be more of an amalgamation or reworking of some previously released work. This gives a sense of some originality but when compared to ‘People’, also from Notes On A Conditional Form and the single immediately preceding the release of ‘Frail State Of Mind’, it feels a bit lacklustre. Hopefully, the other tracks of Notes On A Conditional Form have the kind of freshness and variety that ‘People’ brought. However, the significance of the theme means that ‘Frail State Of Mind’ is somewhat redeemed in my eyes.

Although, what may be considered as lacking originality, it could be seen as an evolution or a creative reimagining of the previous songs, working as a bridge between the two albums. It’s likely that the similarities were intentional as the albums are both part of the ‘Music For Cars’ era of The 1975. The auditory themes throughout both albums unify them, making them feel like a single intertwined unit to be experienced as a whole, rather than two separate pieces of work.

Notes On A Conditional Form is due to be released on the 21st February 2020 and will be the fourth studio album from The 1975.