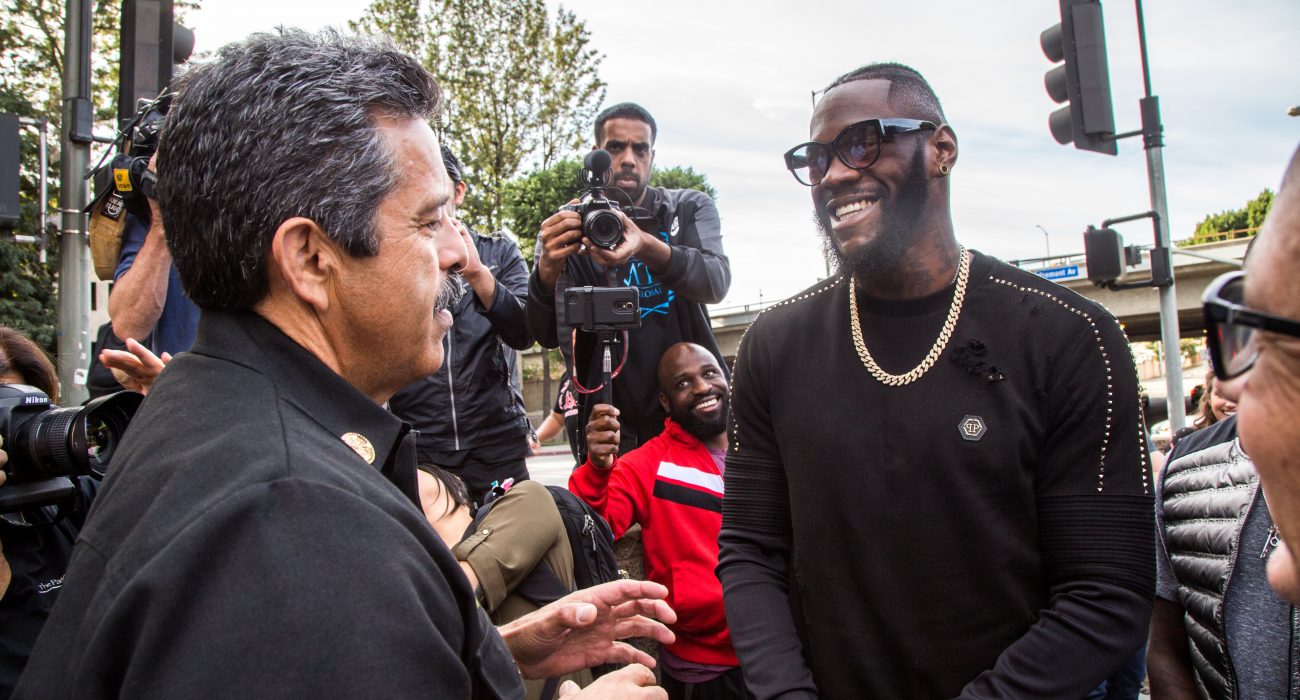 It was repeat rather than revenge in Las Vegas, as the WBC heavyweight champion, Deontay Wilder, floored Luis Ortiz in the 7th round on Saturday 23rd November. In doing so, the ‘Bronze Bomber’ became only the sixth man to successfully defend his heavyweight belt ten times, with all eyes now turning towards a clash of the ages with Lineal champion Tyson Fury.

Having got the better of his Cuban opponent late on in a New York bout last March, Wilder once again sent shockwaves throughout the heavyweight division with another display of his explosive punch power in the world capital of boxing.

This came after the Alabaman fighter was outclassed for much of the encounter. The veteran Ortiz showed every ounce of his experience in the early rounds, causing Wilder problems to the body from his southpaw stance. Wilder was patient, however, and waited until the end of the 7th round when he saw his opportunity to land his signature right hand straight. He connected explosively and Ortiz could not beat the referees count; this gave Wilder his 42nd win, with a monumental 41 victories by the way of knockout.

This was the final test for the ‘Bronze Bomber’ as he readies himself for one of the biggest fights in recent times againgst Tyson Fury. The clash is pencilled in for 22nd February although a venue is yet to be confirmed.

Fury, who hails from Wythenshawe, overcame underdogs Tom Schwarz and Otto Wallin to set up the much-anticipated rematch in early 2020. The result of the first fight between the pair proved to be highly controversial. The Mancunian dominated the encounter, evading Wilder with seeming ease, landing more successful shots and winning the majority of the rounds. In the 9th and 12th rounds though, Wilder scored knockdowns, the latter which looked for the world to have finished Tyson Fury off. This late flurry from the WBC champion saw the fight scored as a split decision draw, much to the shock of many leading experts who had Fury ahead on points.

This is what makes the rematch so mouth-watering to the boxing world. There is bad blood between the two and, with neither of the pair content with the outcome of last year’s contest, both have scores to settle. Fury has the superior technique, head movement and footwork, but Wilder is seen as the best finisher in world boxing with power in his right hand that is unrivalled by any fighter in this era.

There is also so much on the line, with Wilder defending his WBC title, whilst Fury is seen as the man to beat in the division as the Lineal champion. On top of that, neither fighter will want to lose their unbeaten record, but as the old saying goes ‘someone’s 0 has to go’.

The winner of this fight is expected to go into another world class fight with the winner of the Joshua vs Ruiz scrap, which takes place in December, as the favourite. This fight could see an undisputed heavyweight champion who holds all the available belts for the first time since Lennox Lewis.