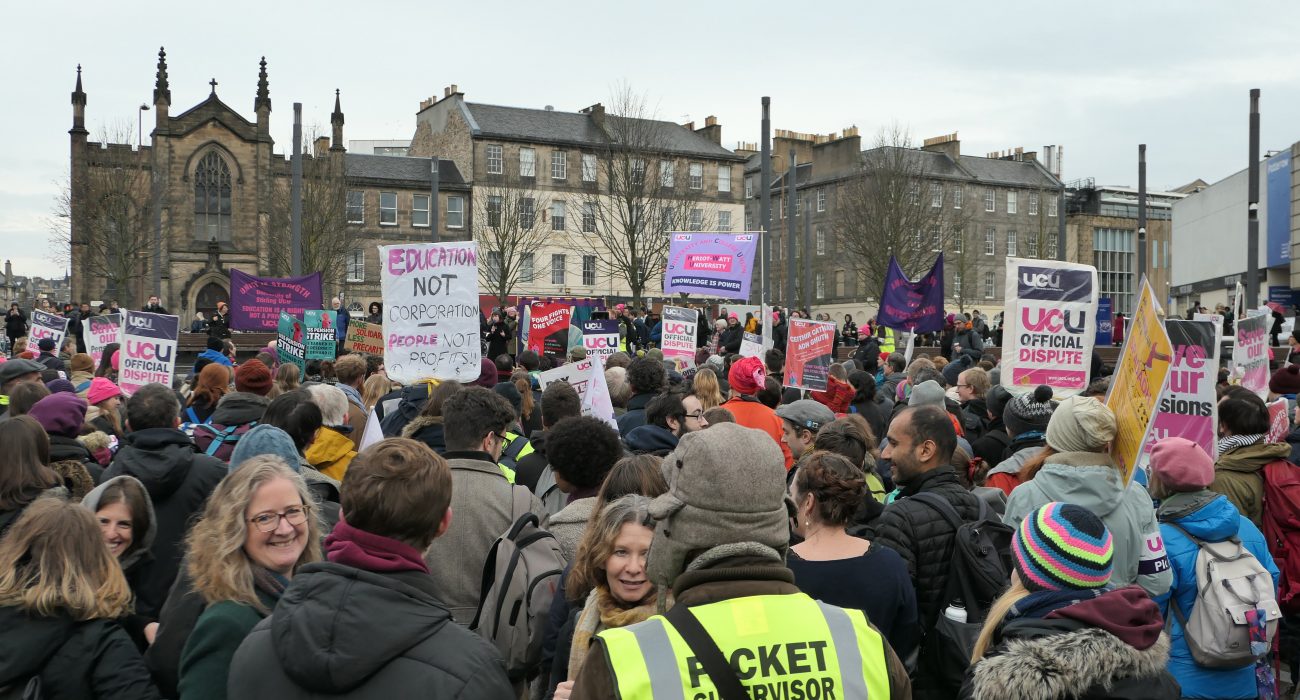 The University of Manchester, alongside 60 other higher education institutions in the UK, is currently undergoing eight days of industrial action by staff over pensions, pay and conditions.

Universities have been advised to “minimise” the impact of industrial action by using teaching staff not participating in the strike to cover for absent colleagues and rescheduling lectures.

Last week, the University of Manchester and the Students’ Union gave a joint statement outlining that they “stand together in our determination to ensure that the impact on current students is minimised”.

In an open letter to universities on Tuesday, Julia Buckingham, president of Universities UK, said: “Universities will do all they can to minimise the impact of any strike action on students, their other staff and the wider community and they know that their colleagues contemplating strike action will want this too.”

She also warned that the demands of the University and College Union (UCU) would require the diversion of “unsustainable amounts of money” with “potential consequences for jobs, student support, course closures and larger class sizes.”

The UCU’s demands are that employers pick up the costs of recent increases in pension contributions, which are adding hundreds of pounds a month to pension bills for thousands of academics.

Academics involved in the strikes are refusing to pay for the 1.6% increase in the Universities Superannuation Scheme, the UK’s largest private-sector pension plan. The union estimates that changes to the pension could leave lecturers about £240,000 worse off in retirement.

Professor Wendy Olsen, Head of the Department of Social Statistics and an Executive of the UCU told The Mancunion that staff are not only striking in protest of pension changes, but also pay inequality, job insecurity and rising workloads:

“The reason is more than 42% of staff – which is 5,100 people – are on fixed-term contracts and that means they’re temporary. So if they are temporary, how can they work in teams? How can they collaborate effectively? How can they do excellent research? It damages our pride to know that universities think it’s normal to have so many temporary staff.”

Professor Olsen also highlighted concerns surrounding pay gaps as not only are staff on temporary contracts paid less, but there is also an issue of a gender and ethnic pay gap: “We do have a gender pay gap of at least 15% and it’s rising. We have a big BAME pay gap in this University on the staff so why not make an agreement?”

“I believe the managers and national bargainers should stay up all night and work weekends until they reach an agreement with the union nationally, because it’s a national pay scale so it’s a national strike.”

The UCU has urged staff not to cover for absent colleagues or reschedule classes cancelled because of strike action. A spokesperson said: “Universities should be putting their efforts into trying to resolve the disputes, not scouting for scab labour or threatening staff with over the top pay deductions.”

Some UK universities have taken more extreme measures to stop the strike affecting from university life by threatening to dock pay and pension contributions during the walkout. The University of East Anglia has warned that staff will be docked full pay and will receive no employee pension contributions for the days they are on strike.

The impact of the strike on students could spark compensation claims. The Office for Students (OFS) advises students who have had lectures, assessments and services disrupted to contact the University or Student’s Union to see if it is possible to make up for lost teaching. If industrial action is found to be a legitimate disruption, then students are entitled to apply for mitigating circumstances.

The UCU has not ruled out further action next term.