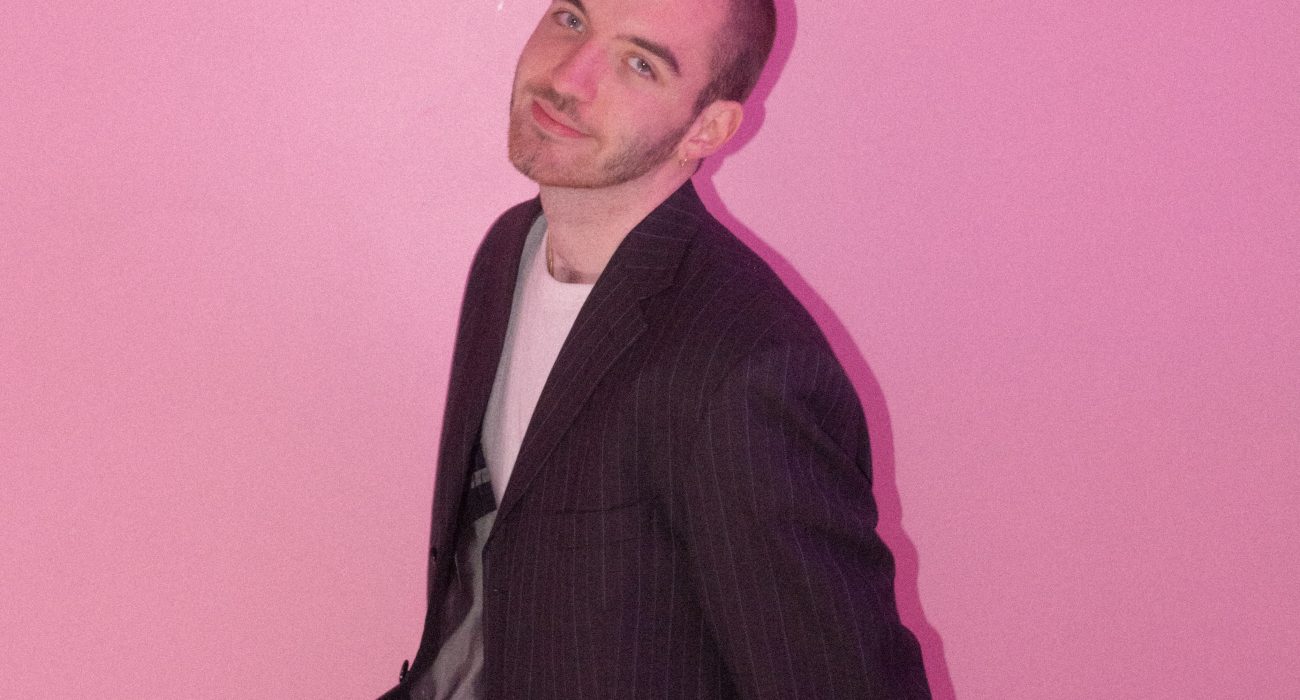 Despite being only 21 years old, Pizzagirl’s music takes listeners straight to the 80s.

Whether it’s through the heavily distorted guitars on ‘dennis’ or the synth-pop dream that is ‘ball’s gonna keep on rollin’ his music is strongly reminiscent of a classic episode of Top of The Pops. In 2019, this silly, fun, and reckless music is extremely refreshing.

His humorous approach to music is evident in many of his songs. Take ‘body biology’, a track about being terrible at his job in the supermarket, or ‘daytrip’ which narrates a fantasy about running away from responsibilities.

The naivety in Pizzagirl’s lyrics is extremely relatable and is what makes him so likeable; he’s not pretending to be grown-up, mature or responsible.

The moniker of Liverpool-based Liam Brown, Pizzagirl was born out of the bedroom-slash-recording studio in Liam’s family house. His long-awaited debut album first timer dropped last month and is full of “lots of weird and quite different songs.”

“Everything was [made] in the bedroom, I never went anywhere else,” he explains, detailing how he takes DIY music to another level by also being responsible for the business side of everything he does, “I want it to be a hands-on thing.”

Despite this hands on approach, he notes the difference between creating music and marketing music, admitting honestly his dislike for the business side of the industry. “Writing songs is fine, but it’s the album design and PR that makes me stress out,” he explains, “when you have to design an album cover, CDs, posters, and take all the press shots, it’s just so much work.”

Despite first timer being his debut album, the process of making it wasn’t overwhelming for Pizzagirl, who claimed it consisted largely of him “sitting in a room making a lot of songs and deciding that they could go in an album.”

However, creating and producing all the music on his own did come with its disadvantages: “I get bored quite easily” he laughed, “it wasn’t that fun to listen back [to the music] a thousand times — that was super mind-numbing.”

“I’m proud because the album is all me, but it’s definitely an album I’m going to have to live with for a bit of time before I enjoy it.”

Liam’s laidback and goofy character is perfectly portrayed in the name Pizzagirl. “I wanted [my name] to be something fun and silly,” he laughed, “if I’m going to change my name from Liam, then I’m going to do it in the most cheesy and loud way possible.”

The origins of the name came when he was 19 years old and exploring his future in music. When he decided to adopt the name Pizzagirl, his mum strongly disagreed. “I called my mum and she said it was silly, so I said you know what mum, screw you,” Liam explains, noting that deciding to stick with the name Pizzagirl was largely motivated by wanting to rebel against his mum’s opinion.