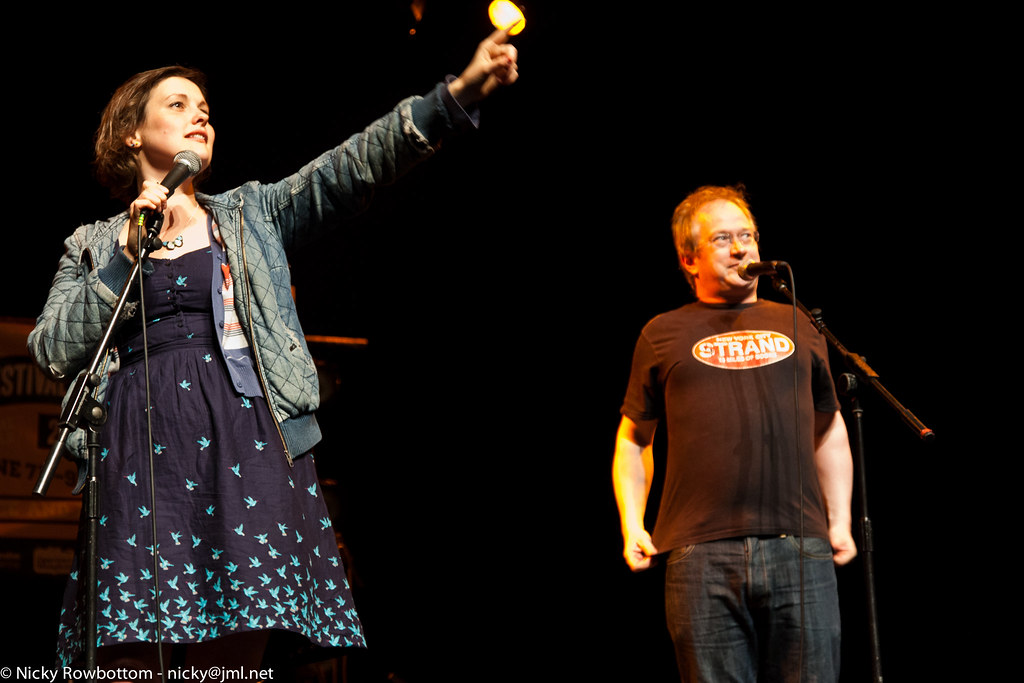 “There’s no point in being pessimistic, just be optimistic instead…try it and you’ll feel better.” I was having a bad morning – everything was late or not working and my head was far from where it needed to be – which made me initially scoff at what seemed an oversimplification of just about everything.

But Josie Long, British comedian with an impressive career spanning film, TV, and radio, really had a point. Her cheery demeanor and wisdom delivered while she was making a cup of tea made her point go down rather easily, and put a smile on my face.

That effect should be natural if it’s a comedian you’re talking to – Josie wouldn’t have had much of a career if she was no good at putting smiles on people’s faces – but this brand of optimism is as infectious as it is necessary at a time where so many feel disillusioned, angry, or just lost.

Josie sees comedy as “as broad a medium as music”, meaning there isn’t “just one function for comedians”. Despite the growth of more political comedy, and her own strong convictions, Josie still wants her comedy to be able to be enjoyed in a “frivolous and disposable way”, providing a form of escapism that still has a more emotional function in “inspir[ing] people and making them feel more positive about the world”.

With a career that has seen so many awards across many mediums, including appearances on 8 Out of 10 Cats Does Countdown and Skins, somehow there’s still been time for philanthropy along the way. Long started her Alternative Reality Tour (ART) and Emergency Arts Service (EAS) in 2011 as a means of showing the public they could make real change and have valuable ideas.

After attending a lot of protests through the years, Josie got the feeling too much of politics was about fighting instead of building constructive change. Projects such as ART and EAS provided a perfect outlet to showcase the world she wanted, creating a “free and unusual atmosphere” that helped shape “people who can change the future and make circumstances better for many.”

Emergency Arts Service, a scheme to help young people in underprivileged access arts degrees, came in response to what Josie described as “the government squandering the future of people who weren’t f****** lords”.

Josie saw great value in arts degrees in helping bring about meaningful, human change from both a social and artistic perspective. It’s this art – and these artists – that can help provoke important conversations and offer new viewpoints in our society, providing some much-needed freshness amongst a depressing amount of stagnation.

Alternative Reality Tour was a venture that similarly sought to transform the way people looked at society. On the topic of celebrity activism, Josie described a lot of celebs as “idiots and pampered show-ponies”, but still not without a function. Celebrity faces can be vital when helping any sort of cause insofar as creating publicity and attracting people’s attention, but the real activism often comes from regular people who haven’t been on 8 Out Of 10 Cats.

ART was Josie’s attempt to prove exactly that, providing an interactive experience unlike much else the public would have seen before. She wanted everyone to realise “we’re just some idiots who have done this, and the audience can equally be people who do similar things.” Accessibility to art has become an awkwardly defined topic in our society, where even though we see any regular person or make a TikTok, there still exists a barrier around creating something tangible and in any sense ‘important’ unless one is an ‘artist’, a very loaded label that usually signifies privilege and a certain distance from ‘regular life’.

Josie sees that democratisation of art as important in creating a society of people passionate about change and progress, as creating and understanding any type of art requires great amounts of that. The profundity and insight Josie had about such wide-scale issues took me back for someone making a cuppa at 10am on a Wednesday, and made an encouraging case for her ability to captivate an audience when she was actually performing.

Describing personal icon Phyllis Diller, an American comedian who performed into her 80s, Josie spoke of the “clear and satisfying” nature of stand-up as a creative outlet. Just as Diller was able to constantly keep her work fresh over her 50+ year career, Josie found the development of her stand-up as her life changed very interesting.

For Josie, stand-up provided an outlet unlike any other, and that opportunity to share your life so readily is one that conveniently offered Josie a lot of comfort. This blend of personal and political is one that so many desperately try to get right but one Josie seems to have mastered. She was quoted in The Independent way back in 2012 as saying “I can’t help writing comedy about the cuts. I’m not trying to hurt anyone.”

Such a quote, coupled with the fact she is still very much writing comedy about the cuts highlights Josie’s optimism as much as it paints a very damning picture of our country. While comedy can indeed be “frivolous and disposable”, at its best it serves a purpose in the meantime. This niche is exactly where Josie Long sits, and her mantra of aggressive optimism and the power of anyone to stand up and make a change should be digested by all as we struggle to find purpose or meaning in this strange society.

Josie Long is touring the UK from January next year, you can get tickets and find out more about all her many pursuits on her website. 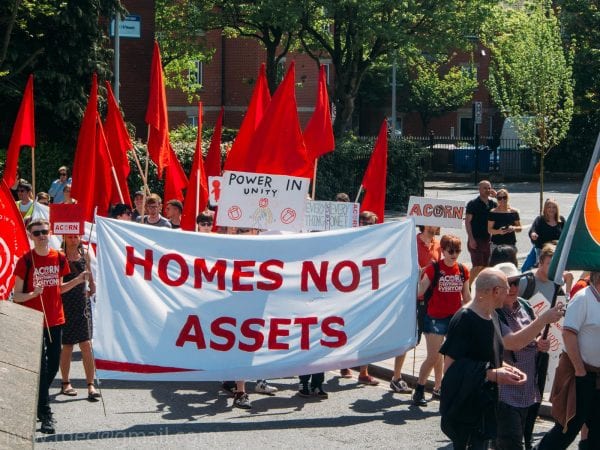