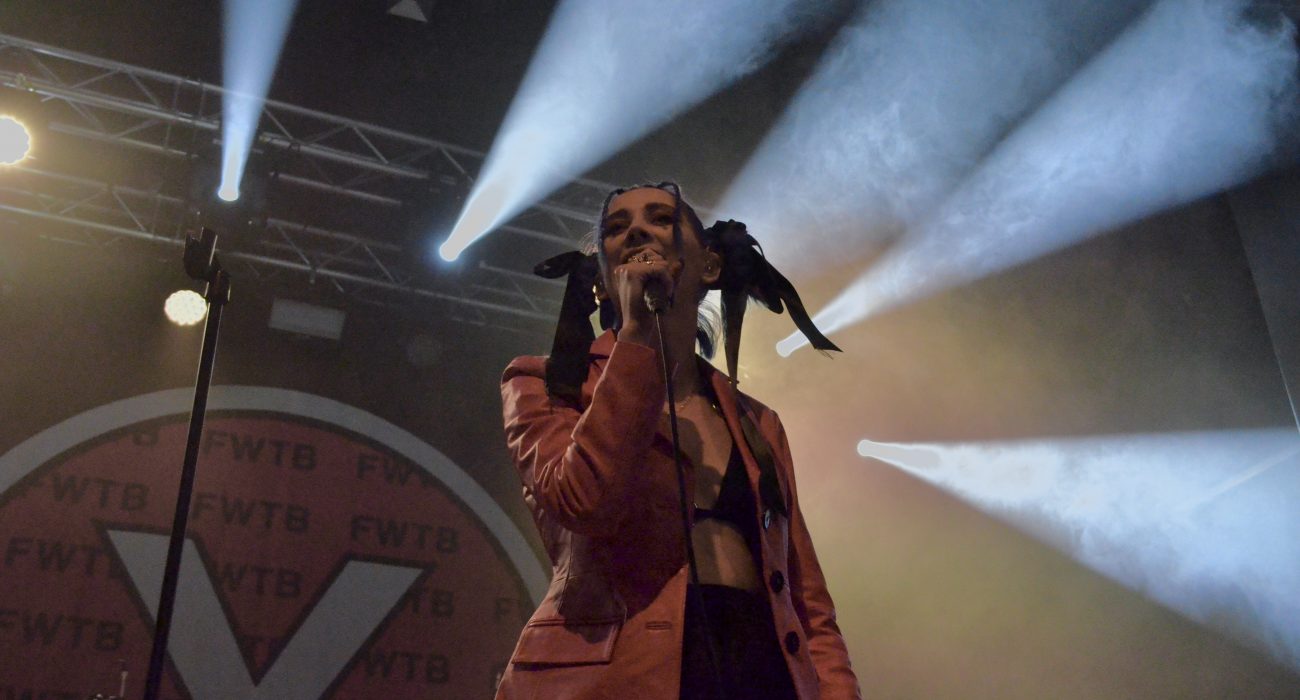 The first time I experienced YONAKA live was at Leeds Festival in 2017, during a 12pm slot at the Festival Republic stage where they played to around 15 people.

At that gig, lead singer Theresa Jarvis strutted around the stage, just as she does now, and I knew from that moment that they were destined for great things. Two years later, YONAKA fulfilled my prediction and performed an explosive set for a packed-out Academy 2. 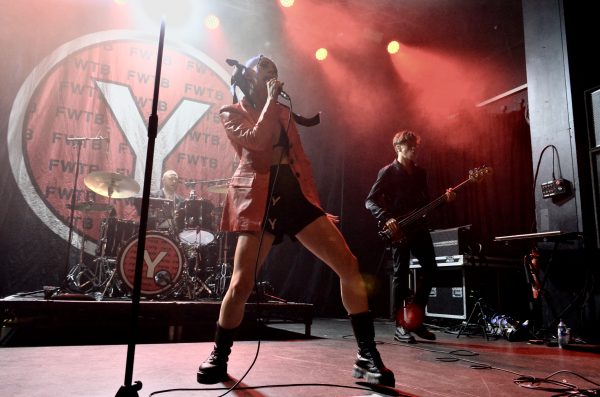 Opening the night was Rusalka, followed by Zuzu who played a great set of her indie rock hits. Donned in an incredibly sparkly attire, Zuzu and her loveable Scouse accent entertained the stage with her most popular tracks, such as ‘Get Off’ and ‘All Good’. The compatibility of Zuzu as a support slot for YONAKA can be questioned, as the music of the latter is incredibly heavy and Zuzu provides a more feel-good, summery vibe. However, every band of the night was female-fronted, which truly matched the empowering nature of YONAKA’s music.

The beginning riff of ‘Punch Bag’ began as Theresa Jarvis bounded onto the stage with her electric blue hair in pigtails. She spent a lot of the performance talking to and inspiring her audience, showing appreciation to everyone who had supported them and bought a ticket. Following on with ‘Awake’, formerly known as ‘Ignorance’, this was the only track from their earlier music that made it onto the set list. Understandably, it was a tour to promote the debut album, Don’t Wait ‘Til Tomorrow, but one cannot help but reminisce about the tracks from their Heavy EP. I do feel like YONAKA’s newer music is more in the pop genre, supported by the chant-like choruses of ‘Rockstar’. Either way, they are fantastic, but I do miss the heavier sounds and rap-like vocals of their older tracks.

Jarvis was truly in awe of her audience during ‘Lose Our Heads’, putting out the mic to the front row and listening to their lyrics being sang back to them. The undeniable connection and friendship between the band members was evident and heightened the visual experience as Jarvis and her band mates screamed into each other’s faces. This atmosphere continued into ‘Creature’, as she explained that “it is about the messy side of love… I can be a bitch but I can also be the best person in the world”. Another highlight was an acoustic version of the beautiful ‘Guilty (For Your Love)’, where it was simply Jarvis’ stunning vocal accompanied by guitarist George Edwards. 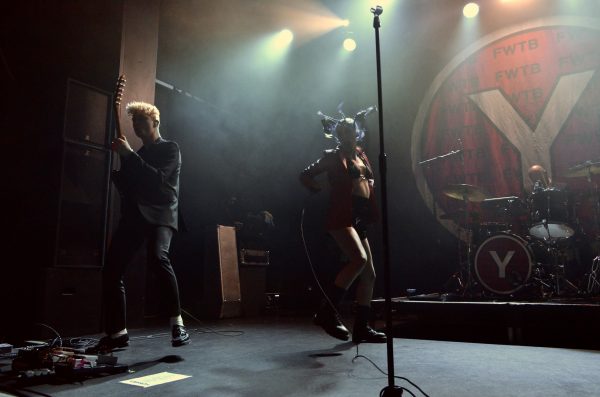 During the performance of the title track of their record, Don’t Wait ‘Til Tomorrow, the band spoke openly about mental health and the meaning behind the track. The audience were encouraged “to speak out if you are struggling”, because “you are so much more powerful than you think”. I’m sure this touched many people in the crowd, and I love the personal spin that YONAKA put on their performances. The explosive, energetic atmosphere returned when the band finished with ‘Fired Up’, ‘Teach Me to Fight’, and the ever-powerful ‘F.W.T.B’. The final track was dedicated to everyone in the audience, and in a rather daring move, Edwards waded across the crowd to the sound desk with guitar in tow and asked for the biggest mosh-pit they had ever seen.

YONAKA’s visual performance is unmatched, and their music becomes even more empowering when you witness the energetic dancing, audience interaction and the overall bad-ass nature of their shows. It seems that they were always meant to be on a big stage.