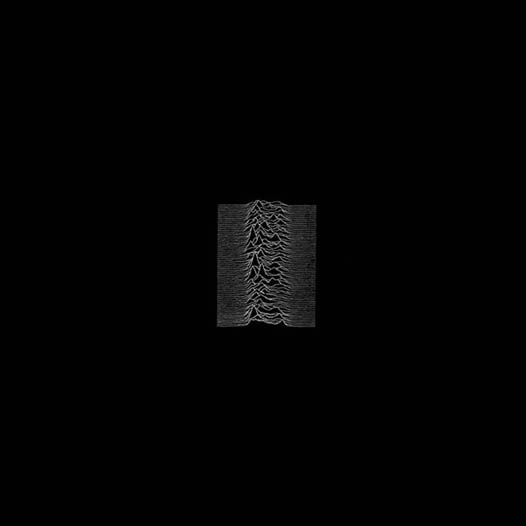 Peter Hook, co-founder and bassist of Joy Division, regards ‘Candidate’, the third track of Joy Division’s debut album Unknown Pleasures, as “A great song, yes; but, like I say, not completely worked out. Great for that reason though.” That quote, for me, perfectly encapsulates not only that track, but the record as a whole.

Underneath its monochrome veil, the album is colourful and messy; it false starts, it breaks down; it’s calculated but candid. And yet despite this, it still manages to hold up today, 40 years after its original release. The reason for this? The album is a sonic and aesthetic revolution, and revolutions are never easy.

In 1979 the Macclesfield four-piece, along with the help of manager Rob Gretton, producer Martin Hannett, and Factory Records, let the winds of the industrial north-west blow over their strings and gave us Unknown Pleasures. Industrial, vast, bleak, cold. All words used to describe the record and Manchester in the seventies. Wilson remarked that he believed himself to be living in the most important period of human history, so important mainly because nothing was happening. This sound comes as much from the troubled minds of Curtis et al, as it does the genius of Hannett.

From cutting edge production techniques to eccentric indulgence, Hannett tested the limits of the band, the studio, and Factory’s bank balance. The immediate impact of the production on the record can be seen a year later on The Cure’s Seventeen Seconds. On the album, Robert Smith sought to recreate the cold isolated feeling of the band by using the technique of recording each drum separately. By doing this, each drum could be modified and modulated individually, allowing the sounds to seem as if they existed in their own universe; a cold and lonely one at that. This technique is most present on Unknown Pleasures’ ‘She’s Lost Control’; the track’s atmosphere is sculpted using the drums aesthetically as much as rhythmically.

Another technique used by Hannett was electronics in the form of sample pads and synthesizers. Although early electronic musicians had pioneered this technology in their own sphere, the gadgets had not yet bled into the world of guitar-based music in this way. Steven Morris uses a Synare (a drum synthesizer with a white noise generator) on tracks ‘Insight’ and ‘She’s Lost Control’. This would create a crisp, cutting snare that has become a staple of electronic music and post-punk.

Despite the band’s willingness to experiment with Hannett in the studio, the end result was shocking and even angered Peter Hook. Joy Division considered themselves punks, their live shows reflected this spirit and energy as they sought to rival their peers, bands such as The Buzzcocks and The Sex Pistols. These, after all, were the reason they had gone out and formed the band. But what Hannett presented them with was scary and confusing. There was nothing that sounded like it and nothing that quite manages to today. The album went past punk, further creating the genre of post-punk. Hannett took their angst and nihilism and created a universe that could contain it. A universe free from caricatures and stereotypes.

This is where the conflict on the record comes from. Take the track ‘Innerzone’ for example. Despite Hannett’s best efforts, Joy Division come their closest to a cheap imitation of others. The song is fast, brash, even bluesy. It wouldn’t be too out of place on a Buzzcocks record and it couldn’t be further from the other darker and chilling songs on the album. But here we see the revolution taking place, we get a candid look at a band and a genre forming right between the grooves.

Whether it’s The 1975’s shamelessly appropriating ‘Disorder’ in ‘Give Yourself A Try’ or the new wave of post-punk that has become the saving grace for modern guitar music, the influence of Unknown Pleasures on modern bands is inescapable. Bands such as Fontaines D.C. and The Murder Capital have been hailed as the most interesting and encapsulating bands in years. But it’s only a testament to Unknown Pleasures that the sounds created by this new wave are built on the foundations that Joy Division and Factory established in the late seventies.

The name Joy Division has become a catch-all term in YouTube comments for anything brooding, dark, and ominous. It’s a term that risks obscuring acts unless they prove themselves as original artists. Art being either revolution or plagiarism, Joy Division brought down the old regime, and now we watch modern bands struggle to reinvent the wheel.

However, it’s not hard to see why this new wave of post-punk seeks to emulate this sound. The winds that blew over Joy Division seem to blow even harder today, in a country bitterly divided after the detrimental effects of post-industrialisation, years of Tory austerity, and the hijacking of politics by the far-right. The youth of today are alienated, lost and disenfranchised; an epidemic that has reared its head in the form of the mental health crisis. Unknown Pleasures provides the soundtrack to suffering just as it did 40 years ago.