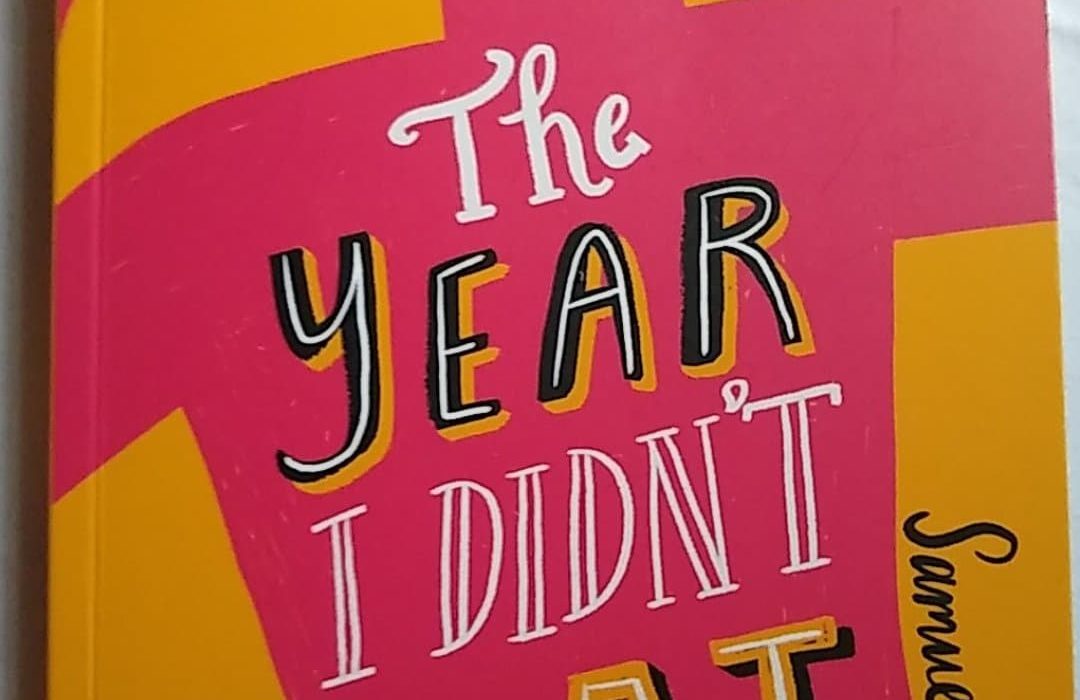 Samuel Pollen’s debut novel was published in March 2019 to widespread praise. Based on the author’s personal experiences, the book relays the day to day life of 14-year old Max, who has been struggling with anorexia for a year.

On the advice of his nutritionist he begins to write letters in his diary to ‘Ana’, or anorexia, with the aim of externalising his condition to reduce its influence over him. After his diary is discovered by his mother, Max moves said diary to his geocache – a hidden treasure box, locatable through an app – whereupon it is found by a mysterious reader who begins to respond with letters merely signed ‘E’.

Throughout this, he also has to try and navigate the general day-to-day perils of teenage life; between bullies, his dwindling social life, and the strange new girl at his school who seems to have a fascination with him.

To write a novel about an issue as emotionally loaded as eating disorders is no small task, and to do so in your debut novel is even more daunting. Despite this, Pollen manages to navigate the novel in a way that is not only sensitive, but also deeply, emotionally resonant and representative. The steady progression of Max’s illness is portrayed in a way that does not undercut its seriousness, but also does not define him in terms of it.

Throughout the book, we learn a lot about Max, from his interests and pastimes to his previous family holidays, which ultimately form the basis for much of our emotional investment in the character. It is a testament to Pollen’s skill at creating a diversity of atmospheres that there are certain scenes in which we can almost forget the surrounding context, and we are once more simply reading a novel about a 14-year-old boy enjoying school life with his friends and his older brother.

These moments of normality are particularly important in order to establish who Max was before ‘Ana’ entered his life, and to provide hope that he might be able to return to living that relatively carefree existence.

Perhaps as part of the necessary concession of telling a story about one boy’s internal struggle, a large majority of the novel focuses more on Max than on the other characters around him. Much of the time we only get to know these characters through Max’s retellings in his diary, either to ‘Ana’ or to ‘E.’

As a result of this, some of the other characters end up being somewhat underdeveloped, to the point that it becomes difficult to invest ourselves in their conflicts or lives. To the extent that we can, it is only as foils to Max; we care about them to the extent that they are important for the wellbeing of our protagonist, even if it is sometimes difficult to understand why.

While this does not really detract from the core purpose of the novel, it does end up meaning that the conclusion of the novel lacks a more natural flow, leaving us feeling somewhat unsatisfied. The pacing in the final section feels quite frankly rushed, and partially reliant on an exploration of secondary characters that simply didn’t happen.

Despite this, The Year I Didn’t Eat remains a deeply empathetic and powerful novel that evokes honest laughter and deep sadness, and overall, is a very worthwhile read.