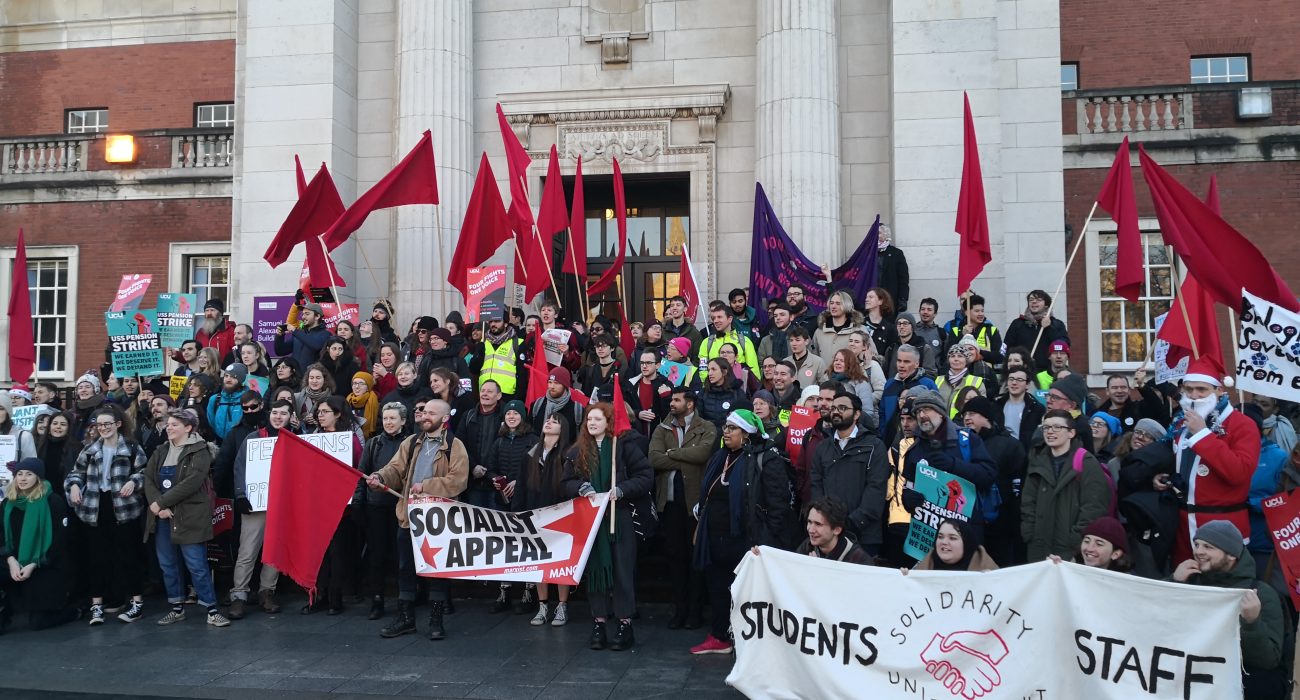 The University of Manchester has confirmed that students will not face any additional punishment for supporting the recent strikes by members of the University and College Union (UCU).

This means that students who supported the strikes by not crossing the picket line and avoiding their scheduled classes will only face the same consequences they would have done for any normal absence they had.

A spokesman for the University said: “We respect the right of UCU members to take industrial action. Picket lines are a legitimate form of protest but students are entitled to cross them and come onto campus. If lectures, or other scheduled sessions are running as normal, then students should attend these. During the strike, we will not be taking any additional action against students who do not attend, beyond what would normally happen in other cases of non-attendance.”

The University of Manchester also encouraged international students to attend classes where possible but reiterated that their visas would not be impacted by the strike.

This confirmation follows the pro-vice-chancellor of the University of Liverpool calling the support for strikes in the form of not crossing the picket line to attend classes “unlawful”, in an email sent out to students.

The email also warned, similarly to the response from other universities, that international students would be putting their visas in jeopardy should they not attend teaching sessions.

In response to this email, students at the University of Liverpool blocked access to the offices of senior managers at the University and barricaded doors of the Foundation Building, putting up banners and posters to demonstrate the student support for the strikes.

Ché Spencer Pote, a third-year History and Sociology student at the University of Liverpool, who was involved in blocking the entrance to the building, said the group were motivated by the “hostile environment that’s coming from the management of the university”.

“It became clear very quickly that the university wasn’t willing to talk about [the strikes] or listen to any other kind of views, and they were stopping our right to picket which they have no right to do.”

UCU general secretary, Jo Grady, said that Liverpool’s response was similar to other responses by other universities who were seeking to disrupt the strikes: “Tactics employed by universities to threaten, confuse or intimidate staff and students are a silly sideshow by universities desperate to avoid actually engaging with the issues at the heart of the disputes. We warned earlier in the week that these types of tactics failed last year, only hardening strikers’ resolve and angering students,” she said.

In response to the backlash, a spokesperson for the University of Liverpool said: “We undertake regular monitoring of all undergraduate student attendance. This is not only to ensure we fulfil our duties on international student visas to UKVI (UK Visas and Immigration) but is also vital as attendance is an important indicator of student wellbeing.

“We respect our students’ rights to support the industrial action, should they wish to do so. However it is important that they have the necessary information to do so lawfully.”

The relationship between students and university officials at Liverpool University, is not the only one that has been negatively impacted by the industrial action recently. The University of Birmingham and Sheffield Hallam University have also received backlash from students for their approach to the UCU strikes.

Tim Jones, vice-president at the University of Birmingham, told staff in an email that the university was on “private land” so picketing counted as an act of trespass. Students and legal experts brought forward a petition in response to the claim, asking for legal justification for the statement or have the vice-president retract the statement.

At Sheffield Hallam University students have accused the University of using them as spies, after asking students to fill out a web form about which lectures weren’t taking place.