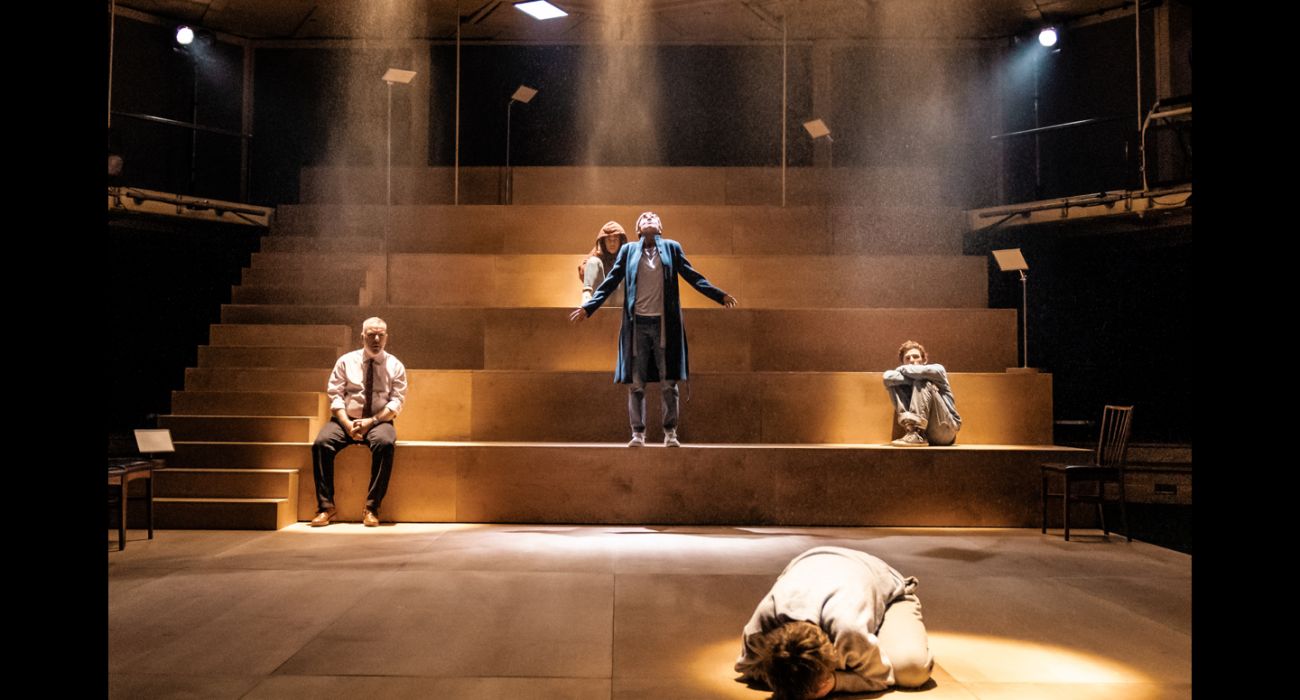 A mentally distressed student asks his boyfriend to never leave him; a single mother fights for the custody of her son after her suicide attempt; a primary school teacher has sex with a stranger in a churchyard; and a man’s younger mistress advises him to face his problems. At the same time, unbeknownst to them, someone they love is dying in a co-op.

Light Falls is a powerful new play that explores grief in an innovative way. It was written by Simon Stephens and served as Artistic Director Sarah Frankom’s goodbye to the Royal Exchange.

The play is set in five northern towns, from Blackpool to Durham, on one eventful day in 2017. The writing was phenomenal and was characterised by a brutal honesty that breaks your heart.

When Christine, an alcoholic mother of three, suddenly dies of a haemorrhage, the dramatic event sends ripple effects throughout the lives of her three children, Jess, Ashe and Steven and unfaithful husband, Bernard.

The play was split in two acts. Act one presented small glimpses of Christine’s family members’ complicated lives before they were hit by the tragedy. It was compact and full of action, deeply focused on the characters on a personal level, with their own individual and relatable problems.

Act two was slower and explored how loss can change someone’s life forever but also had a hopeful note about how those we love can stay with us even after they are gone.

The actors were very engaging and talented. They all spoke in distinct Northern accents appropriate for the setting and performed their characters in a very believable manner. The actors had natural chemistry with each other. Since the main cast were a family, there was a clear familial resemblance, especially between Rebecca Manley and Katie West, who played mother and daughter.

The set design was simple, with a stage made of wood in the round theatre. The only props in the first act were a set of chairs for the characters to sit on. In the second act, two trolleys of food were brought onstage to symbolise an excessive funeral preparation, but nobody ate the food, and it was mostly ignored. The plain stage meant that there were no means of distraction; it placed all the focus on the performance of the actors.

The simple setting gave them freedom of movement on the grand stage. Multiple different actions occurred on the stage at the same time, to illustrate how individual lives intersect each other in real life. After a character entered the stage, they stayed on until the end of the act. Even when they were not in focus, they were still acting in the background.

One highlight of the play was when the design team created a real downpour onstage. Rain is an important symbol in Light Falls, and in a climactic moment, all characters became drenched in rainfall emanating from the top of the theatre.

Light Falls fulfilled all my expectations and more. It dealt with the important theme of loss in a widely appealing way.