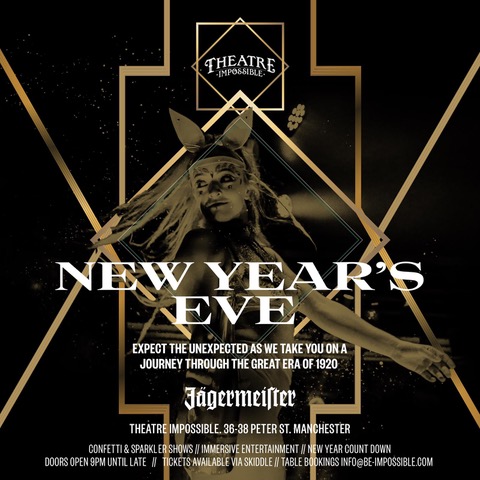 We are just one day away from the 31st of December 2019; not only the last day of the year, but also the last day of the decade. It has been a real rocky ride, with ups and downs, and the political climate ahead of us looks like there’s going to be wind, showers and thunderstorms. But I think we should put all of that aside for this one night and end the decade on a high (then go back to running around like headless chicken as we contemplate our future).

Perhaps the hottest NYE club night in Manchester is going to be Impossible’s last bash of the decade.

Impossible, which is one of Manchester’s snazziest establishments, consists of three parts. Their first floor Bar & Kitchen offers tantalising Vietnamese street food and delivers chicken and waffles like you have never tasted before. The mezzanine level features a ‘Gin Palace’ with 84 gins from around the world; with built-in TVs, the ‘Gin Possible Nest’ is perfect for exclusive gatherings or sophisticated parties.

Lastly, Theatre Impossible operates underground and has a separate entrance to the main space. It is a cross between theatre and clubbing and is Manchester’s first immersive nightclub, preceding the relatively new London club Cirque.

The theatre/club features a catwalk that is great for both performances and fashion launches, private booth areas, theatre and cinema areas, and the super secret ‘Room 2’ which launched last year.

I attended Casa Loca’s fantastic Halloween event in 2018, and I have not been since, so I am thrilled to return to Impossible tomorrow night. The Halloween event I attended featured actors and dancers in fantastic costumes who interacted and danced with us. There was also a mini show featured on the stage at one point during the night.

As we head into 2020, Impossible’s NYE event will transport attendees 100 years into the past, taking them on a journey through the great era of 1920 with immersive performances all night long. They have taken inspiration from the ultimate Great Gatsby parties for this special event. Attendees do not have to wear tuxedos and flapper dressers, though that would be very fun! Just make sure you dress fancy (most importantly, smart shoes) and you’ll fit right in.

The event starts at 9PM and will go on until late. There will be two rooms, with music ranging from house to hip hop to RNB. You can also expect confetti, sparkler shows and a New Year countdown. I’m hoping for an electro-swing version of Auld Lang Syne to celebrate our entrance into the roaring 20s!

For large groups, birthdays and other special occasions, email [email protected] for discounted packages and VIP.

So, don’t be thinking it’s Impossible to end 2019 on a high. Lord knows we’ll need the happy memories as we enter the new decade! Come spend your New Year’s Eve at Theatre Impossible for a night of immersive entertainment, dope beats, and all that 20s jazz… 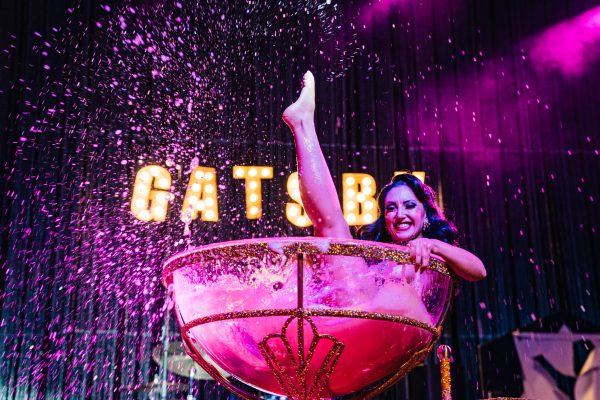