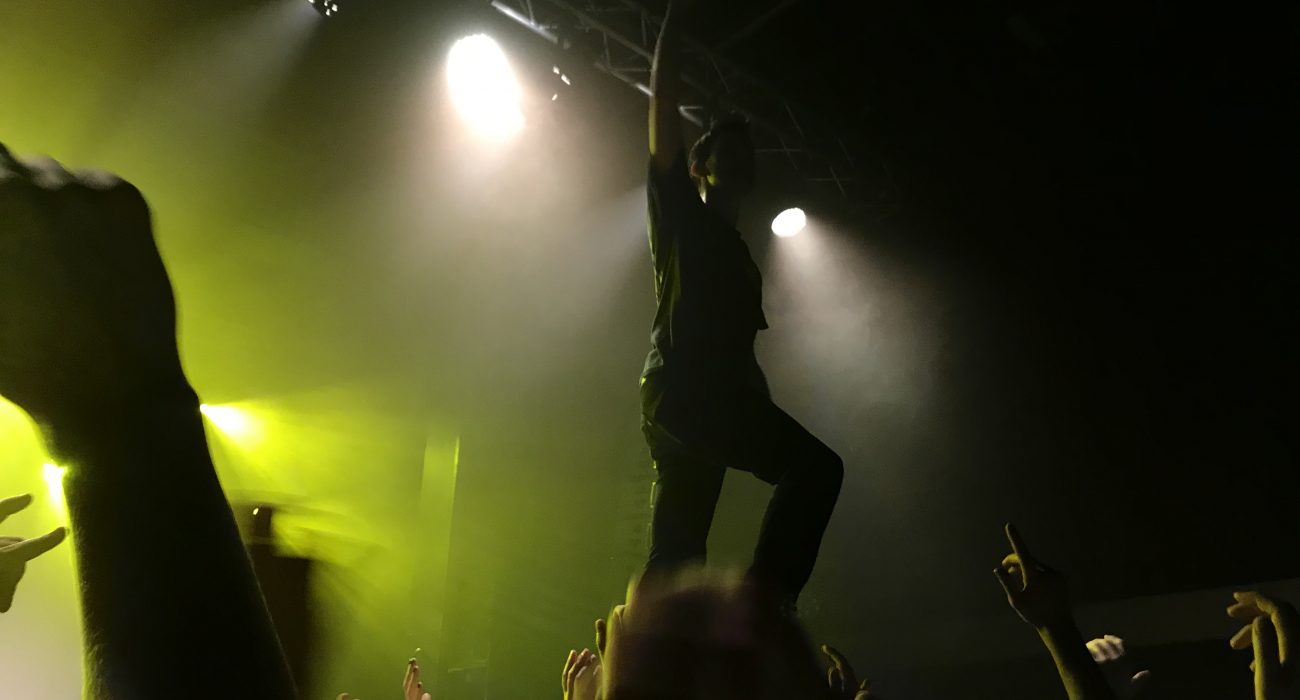 PUP, an abbreviation for Pathetic Use of Potential, were held aloft by tour supports Fresh, from the UK, and the Norwegian pop punks Slotface. All three bands promised a glorious evening of pitting, moshing and the heavier side of the guitar in a supportive and judgement free environment.

Fresh started off their set rather unassumingly, with the drummer entering the stage from the photography area. However, once they started the crowd could barely pause for breath as they barrelled from song to song. Their lead singer’s energetic performance and vocals were a driving feature for the band, helping steer them through their cheerful and childish setlist, from ‘Going to Brighton’ to ‘F**k my life’.

The second support Slotface weren’t nearly as endearing as Fresh. That isn’t to say they didn’t deliver a great performance, but the band did feel slightly awkward on stage. The songs they delivered did stir up the crowd enough that PUP took to the stage to a fervour of flowing limbs and jumping bodies, however.

One highlight of the set was ‘Scorpion hill’ from PUP’s latest album, Morbid Stuff. Its introduction is reminiscent of singing around a campfire with friends, before it drops into its heavy and mosh-worthy verses. The song tells the story of how you don’t know what others are going through and what their struggles are, and listening to it live with a crowd all having this shared experience was magical.

Another standout of the set had to be the hard-hitting punk anthem ‘Reservoir’ from PUP’s debut self-titled album. The track created a beautiful chaos in the crowd while simultaneously showing how simple yet magnificent PUP’s sets truly are. The crowd of all ages sung together in unison; a harmony of togetherness without judgement for each other in a space that felt truly freeing.

PUP do things differently as a punk band. They choose a different charity to support at every show and the lead singer draws fans tattoos that they can purchase in order for the band to reduce their carbon footprint while touring. It’s decisions like this that sets the band apart and shows them as the family friendly yet wholly rocking punks that they are. And that is on top of creating one of the greatest live atmospheres I feel that there is in modern music and a great quality of music to back up their performance.