The controversial Conor McGregor marked his return to Mixed Martial Arts with a thrilling 40 second demolition of American fighter Donald Cerrone at UFC 246.

The notorious Dubliner had not fought since his submission defeat to Khabib Nurmagomedov in October 2018, but set Las Vegas alight on 18th January.

Since he last stepped into the Octagon, McGregor has turned a lot of UFC fans against him with a string of controversies; including the alleged assault of a man in a Dublin pub last August, and a brief retirement in March.

The 31-year-old cut a far more composed and perhaps, most crucially, happier figure in the lead up to this fight, however, and it is this measured approach which many hoped would allow him to return to his best form.

This seemed to be the case from the first bell as McGregor quickly went through the gears, cleverly using his shoulder in a clinch to rattle ‘Cowboy’. A front kick soon followed and McGregor quickly capitalised to stop the fight inside the first minute of the first round.

In doing so, the enigmatic McGregor became the first fighter in the history of the UFC franchise to record knockouts in three different weight divisions, after his success at lightweight and featherweight. In turn, his Colorado born opponent was consigned to his third successive defeat.

Whilst there will certainly be harder fights to come for the Irishman, with Jorge Masvidal or a Khabib rematch being touted, McGregor proved why he is such a valuable marketing asset to the UFC. There is never a dull moment when McGregor is around and you would not bet against him causing ripples in the third weight category which he has competed in. 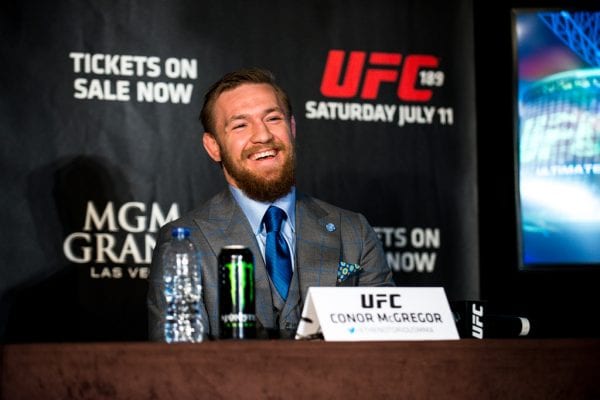