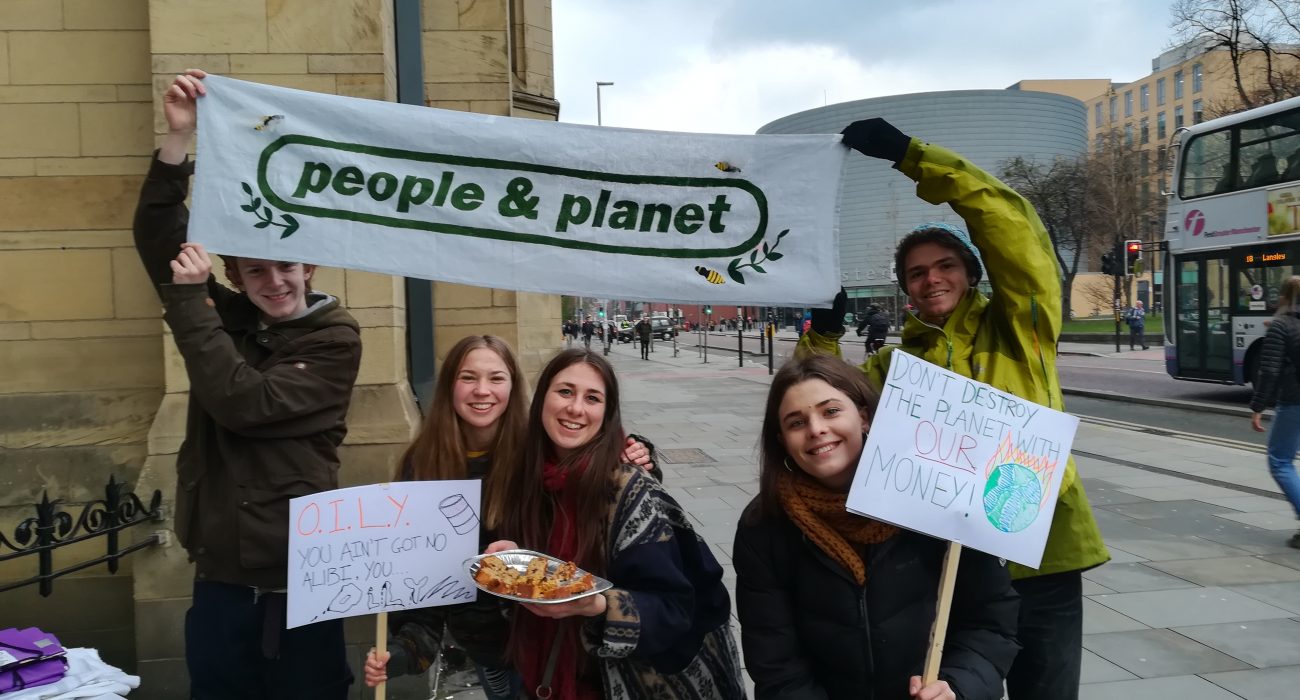 Half of all UK universities have committed to divestment from fossil fuels after a year of significant policy shifts across higher education institutions.

The news means that the University of Manchester, which in November pledged to “decarbonise” its investment portfolio, is 1 of the 76 universities which has not yet committed to divestment.

Some universities have announced full divestment from all fossil fuels, whereas others have only agreed to withdraw from certain fossil fuels such as tar sands or coal.

Following a seven-day occupation of the John Owens building by campaign group People and Planet in November, the University of Manchester agreed to take steps towards decarbonising their investment portfolio, in a move that activists say “goes further than divestment”.

UoM also committed to bringing forward a review of their Socially Responsible Investment Portfolio (SRIP), and campaigners and management met last month to begin this process.

A University of Manchester spokesperson said: “The University’s Investment Subcommittee agreed last month to propose decarbonisation of our total investment portfolio in response to the climate emergency and in line with our commitment to the zero carbon target for the city of 2038.

“The draft revised Socially Responsible Investment Policy will be put out for staff and student consultation very shortly and it is anticipated we will implement the revised Policy by July 2020. The draft is a proposal and is subject to consultation and approval.”

However, UoM has yet to follow other Russel Group universities such as Durham, York, and Bristol, and commit fully to divestment.

Speaking to The Guardian, People and Planet’s Chris Saltmarsh said that universities were facing a choice between “standing with their students on the right side of history, or be forever known as complicit in the crimes of climate breakdown.”

“That universities across the sector are now divesting so fully and quickly demonstrates how far the fossil fuel industry’s social license has been eroded over the last seven years. It is increasingly common sense on UK campuses that these companies can play no productive role in solving the climate crisis.”