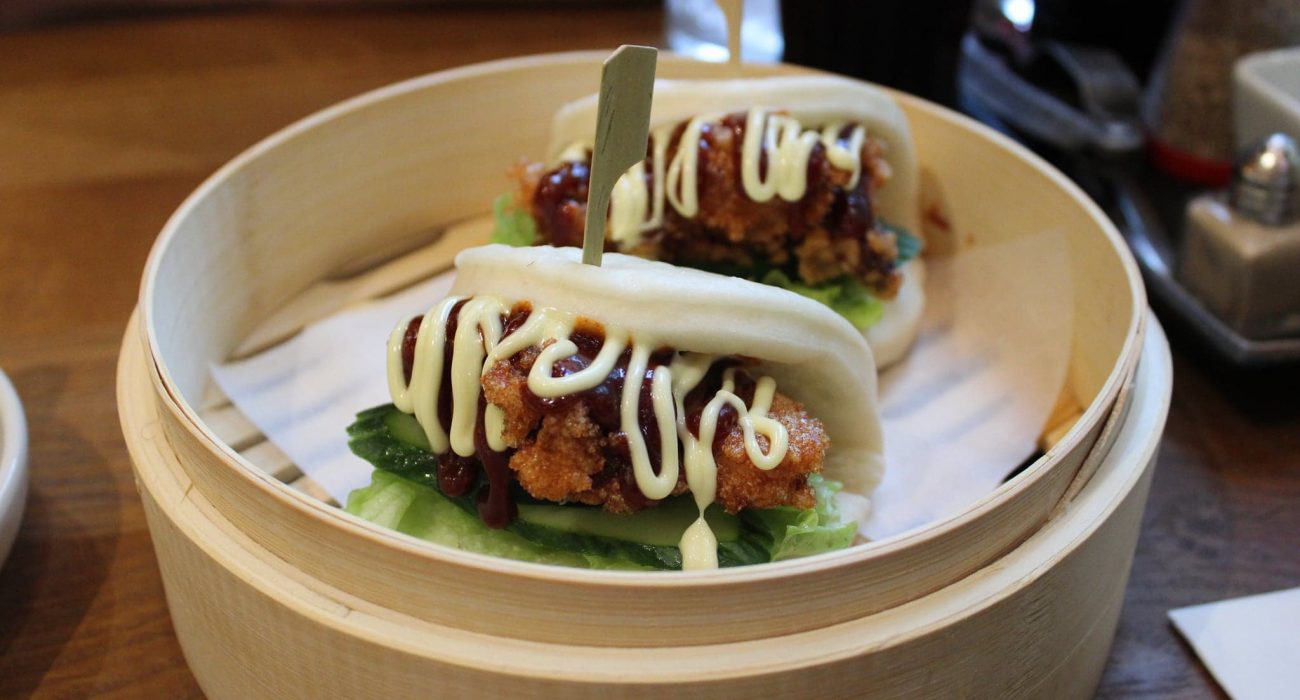 Japanese food is an eternally sexy cuisine. From the Kardashian-approved Nobu to the cult favourite Wagamamas, it’s cool to like Japanese food. It’s also a multi-faceted cuisine; from precise, masterful art of sushi and sashimi to the more robust ramens and katsu curry, Japanese has it all. So, in celebration of my love for Japanese food, I had to give Shoryu a try.

A stones throw away from the Piccadilly Gardens bus station, Shoryu is a discrete yet chic restaurant space. Clean, open and flooded with light – the painfully chic vibes are obviously met with enthusiasm, as I rarely see it empty.

Getting straight into the food, I ordered a few small plates and then the ramen to follow. Of the small plates, I tried the tempura sprouts (which was their winter special), the crispy baby octopus, chicken gyoza and the ultimate Japanese snack; the bao buns.  To those of you who have never had bao buns before – I suggest you immediately do. A hand-held, bread-based thing of beauty, the bao bun is an enriched, sweet steamed dough filled with a variety of ingredients. Classically,  the fluffy sweetness of the dough is paired with something more robust and densely flavoured like a sticky pork belly or chicken karaage (Japanese fried chicken). The ones I chose were chicken karaage, which were delicately placed in each bun with a crisp slice of cucumber and a slicking of hoisin sauce and Japanese mayo. These were absolutely delicious and in my opinion, better than Wagamamas’ version, which seem slightly more processed and mass-produced.

The octopus karaage (essentially, floured deep-fried octopus), were incredible. Though not for everyone, seafood fans and hardcore foodies should definitely give them a go. They’re slightly more meaty than squid, but equally as delicious. As usual, the gyozas were a thing of beauty, slightly fried and slightly steamed, the crispy yet translucent dumpling skin was housing an amazingly moist chicken filling. The serving was a bit over-kill, with four gyozas served in a mini cast iron pan… not complaining though – we love a good theatrical dumpling presentation.

The only small plate that disappointed was the tempura sprouts. Though limited edition and there purely  to add something vaguely festive, they were lack-lustre. I love tempura vegetables, with the crisp light batter – but the batter here was heavy, soggy and encasing an equally soggy sprout. Not into it. 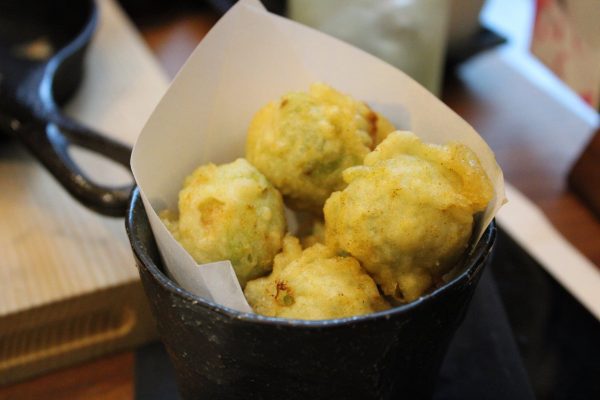 However, in making up for the sprouts, the ramen and katsu curry we ordered for a main were not disappointing. I ordered the Miso Wafu Chicken Ramen, as although I’d usually go for a rich pork ramen, my boyfriend doesn’t eat pork (in a bizarre fear that pigs are ‘too sweaty’ because they don’t release their toxins…). The reason I say this was that I feared the chicken ramen might be a bit plain and boring. But, I was pleasantly surprised. The chicken karaage was crisp and done with brown meat, so tender and juicy. The ramen was made with a rich stock comprising of white miso, shiitake mushrooms and konbu (seasoning seaweed), soba noodles and soya milk to give it an added creaminess. The toppings were suitably exciting with seaweed, pickled ginger, and crisp nori sheets. My boyfriend’s katsu curry was delicious as expected, a Japanese staple done very well. The ramen was £13.50 which was a fair price, comparable with Wagamama and definitely more authentic. The Chicken katsu curry was £11.90, so equally comparable. 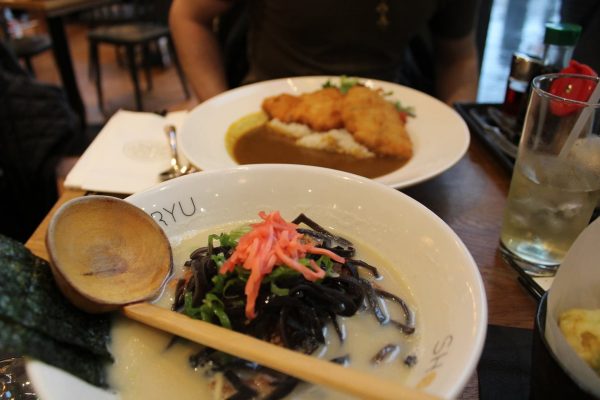 For dessert, I couldn’t resist the mochi. Mochi are essentially, balls of ice cream encased in a glutenous rice flour, which make them chewy on the outside and ice-cream-filled in the middle. We tried the salted caramel and the yuzu (which is a Japanese citrus fruit). Very moreish. Dangerously quaffable. 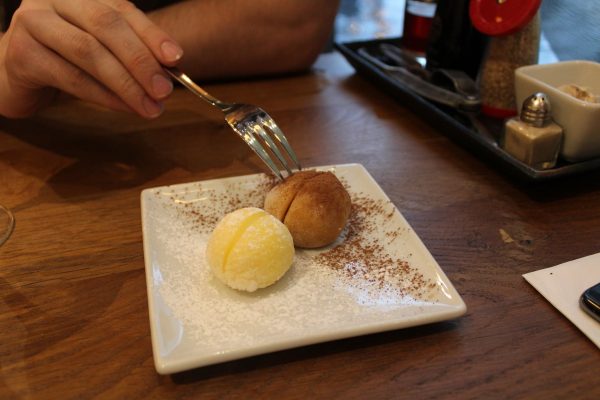 In summary, Shoryu didn’t disappoint. It feels more authentically Japanese than Wagamamas, with Japanese chefs shouting and working away around the diners in an open kitchen. The service is warm and efficient, the menu is bountiful and the food is satisfying and delicious.

I would say the only feedback is that the ramen could have had slightly more depth, as it was satisfying but slightly lacked the richness I expect from a big bowl of ramen.

However I would definitely return, even just for the small plates!