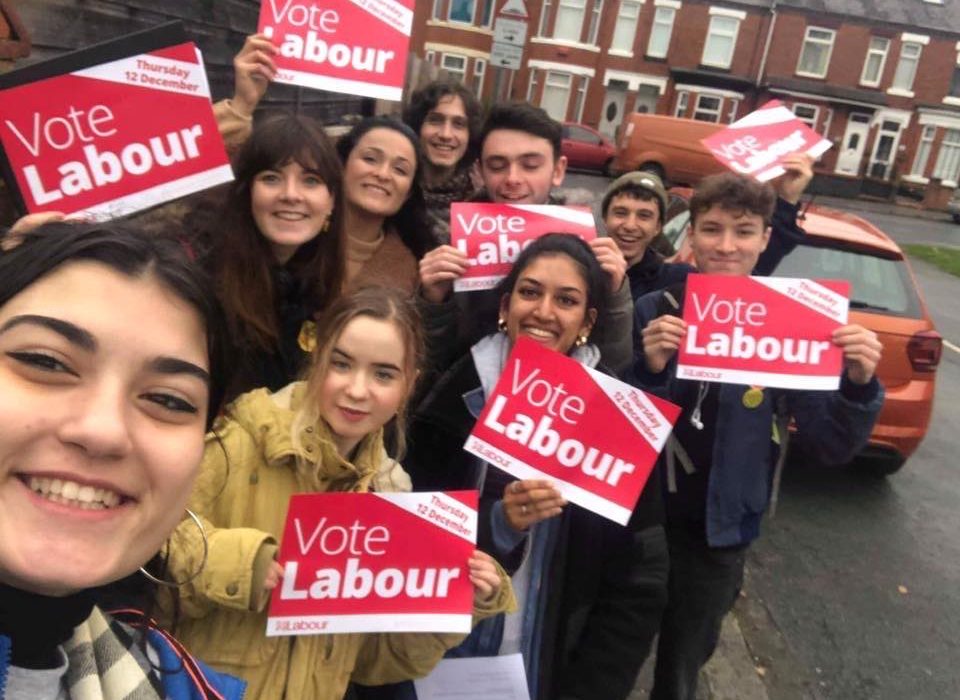 The General Election result was undoubtedly disastrous for the Labour Party. But it has strengthened the determination of Labour activists on our campus to make a real difference.

In the last few months, we have had a surge in participation, with dozens more students attending our socials, campaign sessions and solidarity action with striking university staff.

In the coming weeks, we will be re-branding and re-launching as Manchester Young Labour, with the aim of not only engaging students but all young people in the city who share our Labour values. We spoke to three of our new members about their experience so far.

Before coming to Manchester I’d been involved with politics in Ireland, mainly through the gay marriage and repeal the 8th amendment referendums in 2015 and 2018.

I found out about Manchester Labour Students through friends and I haven’t looked back since! Through being out on picket lines and campaigning in various seats during the General Election, I met so many brilliant people and made friends doing something that mattered to me and so many others.

If anyone is thinking of getting involved, I would say just go for it! You not only get the chance to become politically active and create change, but you also meet amazing people through an experience you won’t find anywhere else. I can’t wait to see what we get up to once we re-launch as Manchester Young Labour!

Having been a Labour member since 2015, I found out about MLS through the University website. But what really spurred me on to get involved was the election and the hope of securing a Labour government.

Getting out on the doorstep was a great way of interacting with people and learning what politics means to them. The election result was devastating but shows the need for greater political organising: we have a mass membership who will be vital when organising in the context of a Tory majority.

I’m looking forward to staying involved once we become Manchester Young Labour because we do so much more outside of election campaigning. If you want to get involved then just come along to an event! I didn’t know anyone before going for the first time but I received a warm welcome and I felt like I fit in straight away.

Before coming to university, like many people I assumed student politics was ineffective and out of touch with the real world. But getting active in MLS has proved me wrong! I’d been involved in my local Labour Party back in Essex but there weren’t many other young people. Coming to Manchester has been refreshing because I’m surrounded by a group of passionate young people committed to making their ideas a reality.

Getting involved may seem daunting but it’s definitely worth it because I’ve met incredible people. Nothing creates a better atmosphere than solidarity over a common cause! Being in MLS gave me the opportunity to get active in the trade union movement by attending Unite’s political school and joining UCU members on picket lines at the university.

The election result was disappointing but it’s furthered my conviction that the Labour Party’s future lies in empowering our unions and local communities and we all have our part to play in doing that.

To find out more about Manchester Labour Students (soon to be Manchester Young Labour) check out their Facebook page and keep an eye out for upcoming events!