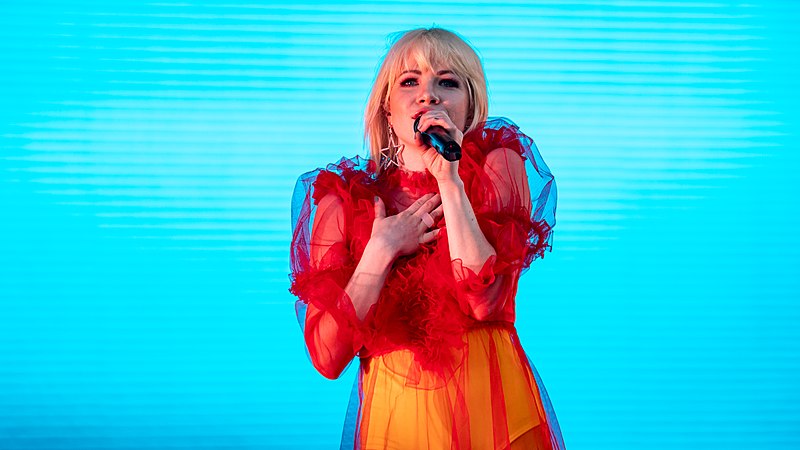 The name Carly Rae Jepsen stands out to any Gen Z.

Her music, especially the infamous ‘Call Me Maybe’, was accountable for influencing much of the iconic pop music that shaped the sound of our childhood.

However, far from the cheesy pop song that racked billions of views on YouTube, Carly’s, perhaps overlooked, new music heard on her latest album Dedication shows the singer adding a funk edge to her classic pop sound.

After a “crazy Christmas” which involved Carly heading to Mexico with the family to “chill on the beach and drink margaritas,” she’s launching into the new year with a European tour that begins at Manchester’s own Victoria Warehouse on the 7th February.

Her enthusiasm for coming back to the UK is clear, with Carly quoting it as “one of her favourite spots.” “One day I’m going to pick up and move to London,” she laughs, “whenever things get crazy, I just think I should live out that fantasy.” Beyond the stereotypical tourist attractions of having “high tea and taking pictures in the phone booth,” Carly has made a tradition of late-night bicycle rides around whatever city she finds herself in. She’s found that this new tradition has offered a “different view of the city,” making everything much more romantic and stunning.

The four years between her album Emotion and her latest offering Dedicated has seen Carly working “pretty non-stop.” In search of inspiration for the new album, she found herself visiting countries such as Nicaragua. Here she not only found musical influences but the visit helped her to grow as a person. She explains how taking time in between albums is something important to her to try and “change my perspective and thinking on things” before she feels ready to showcase her latest work to the world.

This commitment and impressive work ethic led to her having over 200 songs under her belt for the new album. “I go a little crazy,” she admits when reflecting on the tiresome process of listening back and narrowing down the songs which would end up on the album. She explains how she recruits the people in her life she trusts in determining which songs stand out the most. “I held a couple of listening parties at my house with lots of wine and people debating back and forth,” she laughs, going on to explain how sitting back and watching people discuss her music is key in determining which of her long list of songs should end up on a record. “It’s a long process, but I do really enjoy it.”

The ability to create constantly unique and amusing music videos is definitely one of Carly’s strongpoints. Take the video for her single ‘Now That I Found You’ – a hopeful love song about finding contentment with a new relationship paired with a video about falling in love with a cat. Carly laughs as she explains the process of making this amusing video. “The more I got into it the more my crazy cat lady fantasy grew, I was obsessed,” she describes. Although she prefers to stick to writing songs rather than independently creating the visuals for it, she always likes to “put her two-sense in.” “The cat video was really my biggest moment though, which is maybe why I shouldn’t be trusted with creating my own videos.”

Although Carly’s still riding high off the success of 2019’s Dedicated, she’s already “excited to get on with the next phase of what I’ll be doing creatively for the next album.” With a huge appreciation for many types of music, she reveals that her latest obsession with Kate Bush is something she expects will be influencing future music.

Her other dreams in life include moving to New York and getting involved with Broadway, a dream which may come true in the not-so distant future. “I shouldn’t talk about it too much because I have nothing to show for it other than my dream,” she notes, but being involved in writing songs for musicals is something she has always wanted to do.

Her career in music began with her becoming one of the world’s biggest artists seemingly overnight. However, the time she has taken away, to reflect on music, and grow as an artist is arguably the biggest reason she is still able to make the incredible pop albums she does. It’s definitely a journey to keep watching.