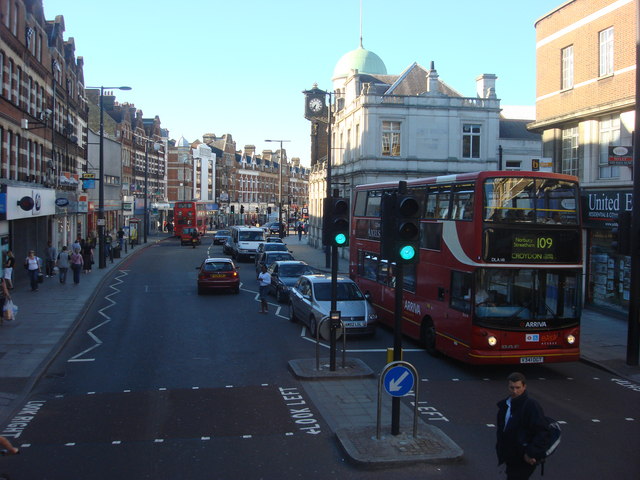 Rehabilitation, crime and community in the wake of the Streatham stabbing

Many in south London would have been stunned by the terrorist attack which occurred on the 2nd of February. Streatham is, unfortunately, no stranger to violence, but the incident will raise alarm bells for those who felt that terror could never stray into the suburbs.

In the wake of such an attack, where the assailant had been released from prison just a week earlier, we must ask if the government is doing enough to rehabilitate criminals, or effectively monitor those posing an active threat to the country.

Terror-related arrests have fallen sharply since 2017. However, recent years have seen a number of high-profile attacks, including the bombing of Manchester Arena in 2017, two attacks on London Bridge in 2017 and 2019, and now the stabbing on Streatham High Road.

In the last six years, 260 people have been released from prison after serving for terrorist-related offences. Recidivism for this type of offence is quite low, contradicting Boris Johnson’s statement that “[rehabilitation of terrorists] can happen but the instances of success are really very few.” However, if two people can be stabbed in broad daylight by a man still under police surveillance, the process is clearly failing in some areas.

The existing terror rehabilitation programme is HII (Healthy Identity Intervention). It aims to reduce the risk of violent extremism by tackling a person’s relationship with a particular group, cause or ideology. A lack of offenders has rendered the government unable to effectively measure the programme’s success. Christopher Dean, a forensic psychologist who helped develop the programme, has highlighted the difficulties of ensuring positive results, on account of the emotional complexities of indoctrination. Yet he maintains that the scheme was backed by the best possible evidence.

2019 London Bridge attacker, Usman Khan was involved in HII during his 8 years in prison. He appeared to respond well to rehabilitation, and due to recent changes in legislation, was released with no oversight from the Parole Board. Less than a year later, Khan stabbed five people, killing two.

There must be effective aftercare if HII is to work. Mr Dean told the BBC of the importance of ensuring that police and probation officers know the results of schemes in prison, and monitor those at risk of falling back into extremism.

The role of prisons in radicalising people must also be considered. An independent report from 2015 into Islamist extremism in prisons declared radicalisation a “growing problem.” Ian Acheson, the former prison governor who led the review, told the Independent that a “lethal combination of arrogance and ineptitude at the top meant that the scale of the problem was not remotely understood.”

Ultimately, there remains much uncertainty over what governments and prisons can do to ensure inmates are properly rehabilitated, especially with regard to extremism. Even Acheson stated, “we have no clear idea what impact long-term custody will have on the ideological commitment of these people.”

If governments cannot offer adequate support, perhaps we should look to community-focused approaches to combat extremism. Isolation and disillusionment are common catalysts of extremist behaviour. Acheson’s report highlights the ‘Plastic Muslims’ whose involvement with prison extremism is motivated by problems of identity and community.

In the case of Sudesh Amman, the Streatham attacker, isolation and loss of community may well have contributed to his recidivism. After being released from prison, he lived in a single hostel room, barely speaking to anyone. The hostel manager said of Amman: “I didn’t have much to do with him. Everyone has their own rooms in there. The last time I saw him I was doing his radiator, setting up his heating on Friday. He didn’t speak much.”

Additionally, Amman was subject to a curfew, restricted in his use of electronic devices, and prevented, via a GPS tag, from accessing ports and airports. Such a punitive approach and lack of any stable pathway following prison will do nothing to reintegrate people into society, the key principle of prison rehabilitation.

Salman Abedi, who carried out the 2017 Manchester Arena bombing, was part of a British-Libyan community highlighted for radicalisation. Senior community leaders and Salah Suhbi, an MP in Libya who grew up in Sheffield, warned about terrorist recruiters operating openly in Manchester. Similarly, the three men who carried out the 2017 London Bridge attack were brought to the attention of the police by senior figures at a local Mosque. These calls for action were ignored, however.

There is a clear and dangerous disconnect between action at the top of politics, and the communities intimately involved with and affected by these issues. Following the Manchester Arena bombing, Chief of Police Ian Hopkins said the “big piece of work” for the future would be “working with our young people and trying to get to the heart of why people are feeling isolated and why they are subject to being influenced in this way and radicalised.”

The government’s Prevent scheme has attempted to fill the gap. But this has been widely criticised for promoting xenophobia and causing self-censorship among young Muslims, who are scared of being referred by their school, for example.

The Guardian reported a case of a 13-year-old boy quizzed by school and government officials on his views on ISIS, after using the term ‘eco-terrorist’ in a French lesson. Other Prevent referrals include an 8-year-old whose t-shirt was mistaken for ISIS propaganda, and a 17-year-old wearing a ‘Free Palestine’ badge. Such a programme can only alienate those already alienated, creating a culture of fear and division in which radicalisation thrives.

The Prevent scheme has many prominent critics, such as Yasmine Ahmed, Director of NGO Rights Watch UK. She claims the scheme has “alienated and marginalised the community who are now mistrustful of the security apparatus that needs them to work with them.” The Muslim Council of Britain has also criticised the scheme for its lack of supporting evidence.

Community-directed schemes may be more effective in the long term. In 2018, a former senior police officer now working with the Muslim Council of Britain launched Safe and Secure. This initiative works within Mosques to tackle similar issues to Prevent, but without the stigma. It will cover radicalisation, as well as gang violence and child exploitation, issues the MCB feels are linked to vulnerability and low self-esteem. Schemes like Safe and Secure highlight issues in a more relatable setting and allow them to be handled sensitively.

Wider studies of crime across the UK show that community service and therapy after release greatly reduce rates of reoffending. They also show that current support is poor. Only 43 per cent of prisons were given a positive rating for ‘purposeful activity work’, which includes training, education and work inside of prisons. Following release, ex-offenders find it incredibly hard to reintegrate. Only one in five hold a job for six months or more, and one in seven are homeless upon release, with the latter jumping to one in five for sentences of six months or less.

Viewed in light of prison overpopulation (a result of short sentences for petty and non-violent crime), these statistics make it abundantly clear that the government’s current approach to crime and rehabilitation does not work. We need a shift towards community-focused policies that teach young people to resist radicalisation. Such pressure can never be eradicated, but it can be contained.

This, in turn, demands greater spending and investment across the board. It is no surprise so many feel isolated when the budgets of schools and youth services have been repeatedly slashed. Schools receive £2bn less in overall funding than they did in 2015. Investment in youth services has fallen 69 per cent over the last decade and is now at its lowest point in a generation. Knife crime, on the other hand, is at its highest since 2011.

Our government is failing the most vulnerable in society and leaving entire communities behind. The futures of so many young people have been written off in the name of austerity. If this weren’t enough, reckless budgets and uninformed policies endanger our society and, sadly, those shopping on a Sunday afternoon. 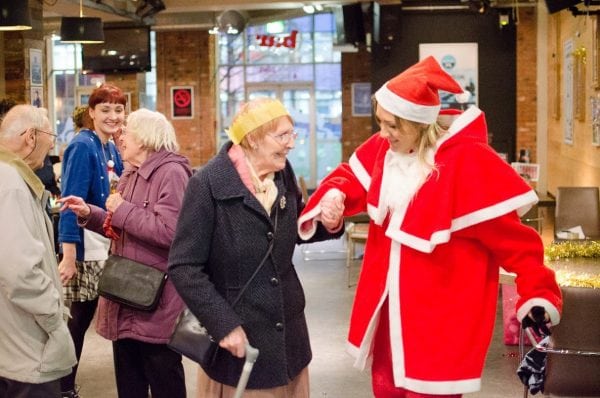 How intergenerational projects are tackling the loneliness crisis 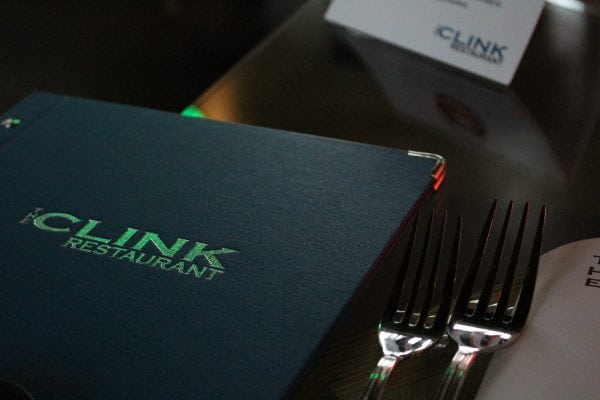 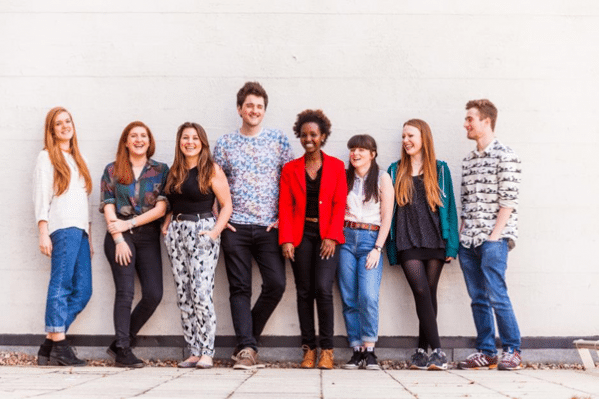