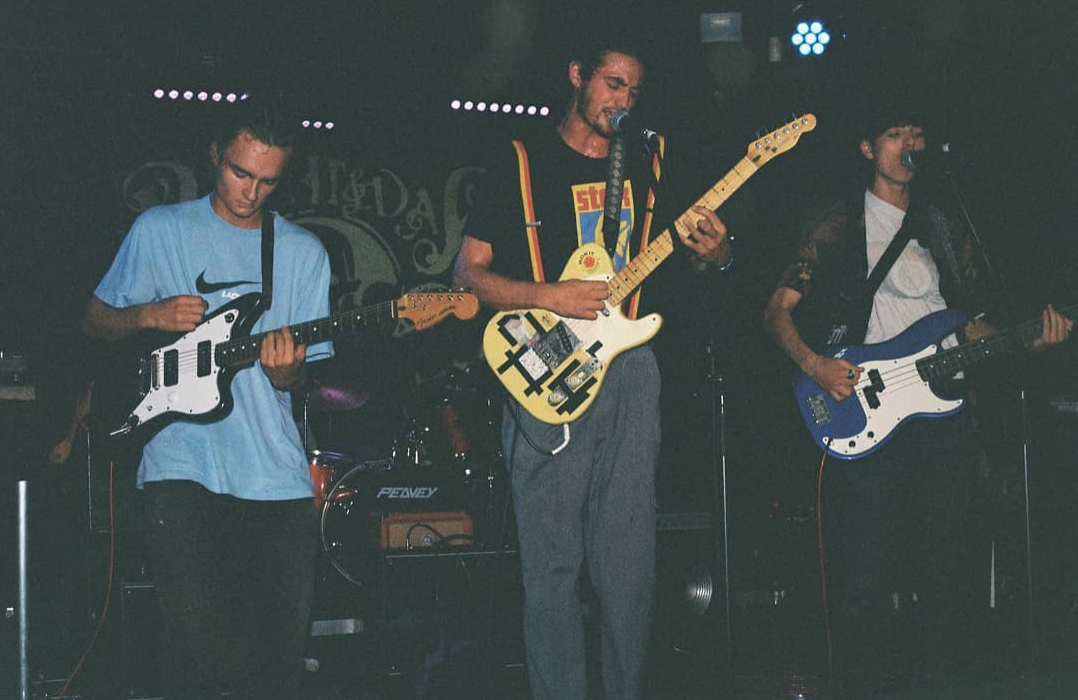 Pleasures are a band that have been grafting in the Manchester music scene for a few years now.

Their Instagram (@pleasurres) is exactly what you would expect from an up and coming band: littered with photos from energetic shows, scribbled set lists and DIY posters for gigs at every Manchester venue imaginable.

Their scrappy and charismatic aesthetic is an obvious extension to the- well, scrappy and charismatic music they play. They describe their sound as, “the Mancunian pulse of dance and despair running through the reanimated corpse of punk.” This description perhaps warrants an eye roll, but don’t write them off as they’ve got a lot going for them.

Pleasures released an EP titled Tapeworm back in 2017, a handful of singles in 2018 and an EP, The Ditch, in December of 2019. The Ditch is perhaps their best work to date. It’s a compilation of old songs “that have been marinating in Barney’s basement in rehearsals”, they tell me. 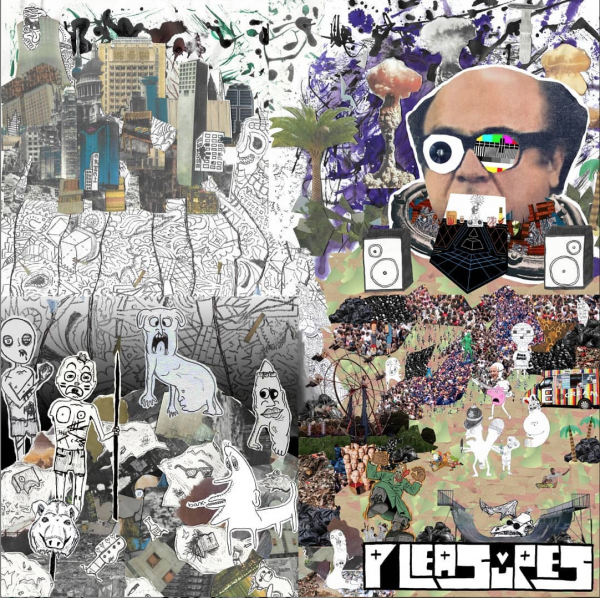 Playing together for four years now, they sound tighter and more assured than ever. “We’ve been honing our craft and working our way up from underage pub gigs to established venues”, they say. The band is made up of Miles Pillinger on drums, Alec Waters on bass, Barney Anderson and Casey Bell on guitar along with Sonny Baker Royle on vocals.

Regarding their creative process, they say that “we write all songs collaboratively, working on whatever ideas are in the room.” There is almost always a Bluetooth speaker kicking around in this room, as they’re inspired by a wide variety of music.

New York’s Parquet Courts are clearly a large influence, whose angular riffs and witty lyrics are echoed in tracks like ’12 inch’ and ‘Uh’. Yet Pleasures also have “a lot of influences outside of guitar music.” For example, Vince Staples and Kaytranada make appearances on a playlist attached to their Spotify page. Songs from Kendrick Lamar’s Untitled Unmastered slip in there as well. A curveball, although you can hear how Kendrick’s stream-of-consciousness style perhaps influences Sonny’s rapid ramblings about the streets of Manchester.

Whilst influenced by a range of music, Pleasures are still unashamedly themselves. They aren’t taking things too seriously and most importantly seem genuinely excited to be playing together. This carefree energy is mirrored in how Danny Devito’s mutated face graces their EP sleeve and how they sometimes play with large animal heads on. “It’s fun to make dumb or weird ideas a reality”, they say.

The Ditch EP is only the beginning. They’re already working on new material at Dead Basic studios, tucked away in the Northern Quarter. They say that getting the EP out is going to “make way for a new mutated Pleasures era.” Make of that what you will, but it undoubtedly sounds intriguing. We’re very excited to welcome Pleasures to the White Hotel on the 26th of March.