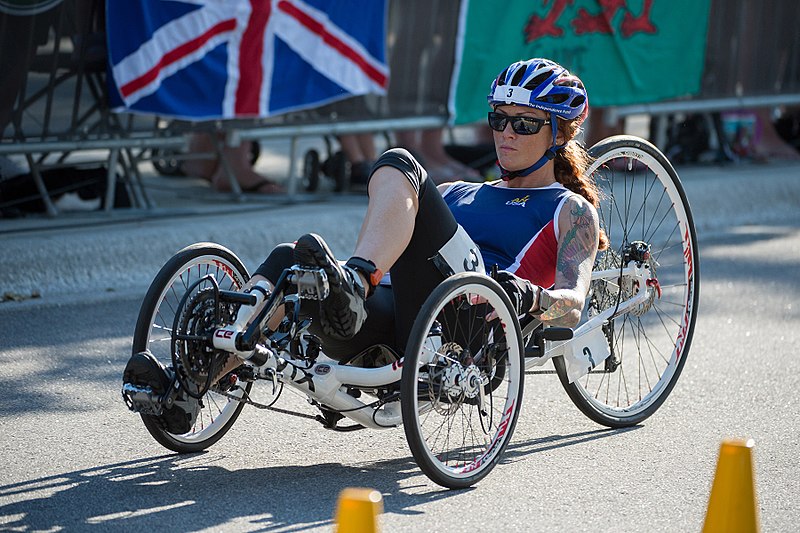 Students within the UoM Cycling Society are conducting research into the accessibility of cycling lanes in Manchester.

Harrie Larrington-Spencer, a keen cyclist and PhD student heading up the project, suffered an injury 2 years ago after being knocked off her bike in Fallowfield, meaning she can no longer ride a standard cycle or participate in the long distance cycling she used to enjoy.

Harrie explained that cycling is a form of exercise and a way of commuting that is actually extremely accessible to disabled people, due to the variety of non-standard cycles that cater to many forms of use.

Despite cycling being so adaptable to an individual’s needs, there are many barriers, literal and figurative, in the way for those who use non-standard cycles.

Often time there are actual physical barriers in place that prevent disabled people from being able to cycle. Barriers that are designed to stop motorcyclists from using cycle lanes also make it impossible for a non-standard cycle to use the lane.

These are not the only barriers for disabled cyclists. Harrie explained that many people are discouraged from cycling for the fear of not appearing disabled “enough” and potentially have there support taken away.

“There’s a perception that if you are able to exercise, especially something as active as cycling, you mustn’t be disabled,” Harrie explains. This is extremely discouraging for people who could potentially benefit greatly from using cycling as a form of exercise or transport.

Non-standard cycles are also very expensive, which further restricts access to a lot of people who could benefit from them.

In fact many disabled people do not drive for various reasons, and instead walk or rely heavily on public transport. Cycling would offer much more independence to disabled people, but the access to this is extremely limited because of the way cycle lanes are designed.

When planning cycle lanes in cities, Harrie explained that commuting is often the only kind of journey considered: “Commuting gets people interested but if you map out other day to day journeys like schools and shops, you need a much deeper infrastructure.” Cycle lanes must not just be inclusive of different types of cycles but also different types of journeys, so that people can be truly independent.

The study Harrie is conducting is asking people to map out their routes, so that they have a picture of the most commonly used cycle lanes in manchester. They are also asking people to take pictures of things on their route that could potentially prevent a non-standard cycle from using it.

By collecting this data they plan to pressure the University and the council to fund changes to cycle lanes to make them more inclusive, as well as widen the access to the ‘cycle to work’ scheme to non-standard cycles.