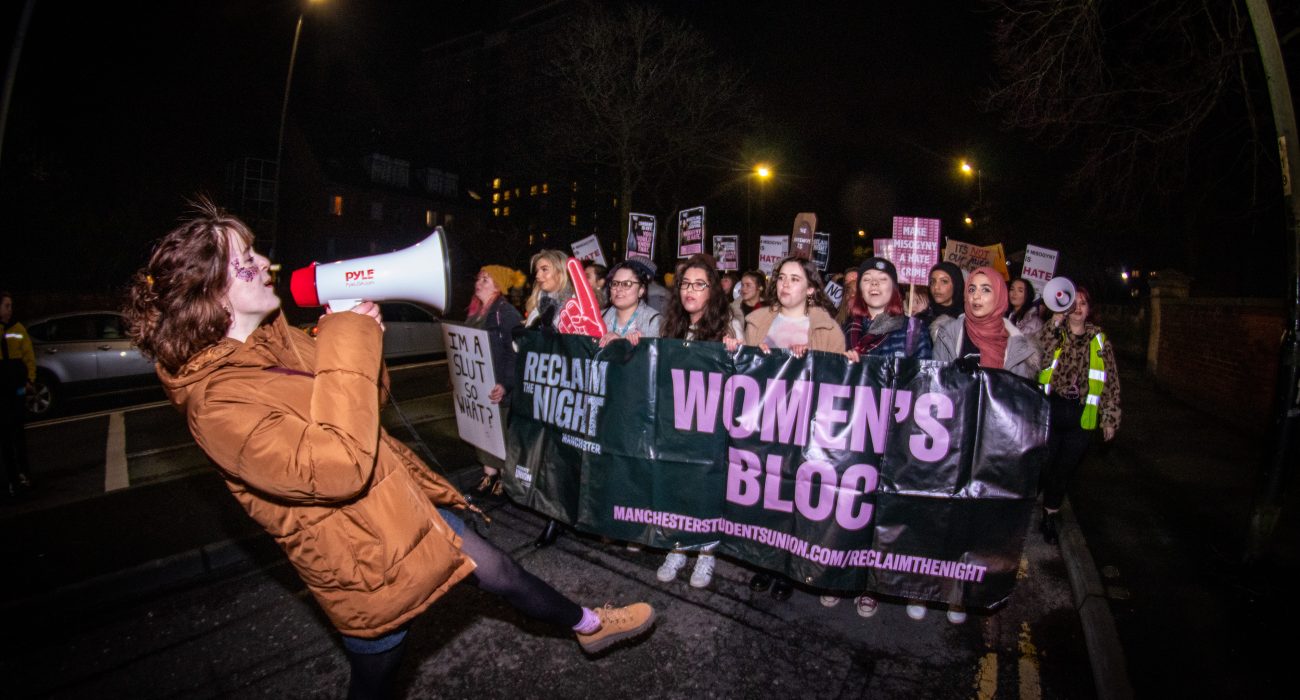 Over 2000 people took to the streets on Thursday night as part of the UoM Students’ Union’s annual Reclaim the Night march.

The march, which began at Owens Park in Fallowfield and ended with a moving rally at the SU, is a powerful declaration of defiance against the misogyny, sexual assault and gender-based violence which women and female-presenting people face every day.

The Student Union’s Women’s Officer, Ayla Huseyinoglu, worked to organise the 2020 march alongside various groups of students and SU staff, including the Liberation and Access Officer, Sara Khan, part-time liberation officers and various student societies including the Feminist Collective.

“What we have marched for tonight is so easily achievable if the political and social will demands it. We also need things from our universities which should not be hard to implement. We need better education on consent, sex and relationships. This march should not be necessary and I hope that one day it won’t be. But for now it’s so so valuable that you are here.”

The demands of the Reclaim the Night campaign, which were put to the Greater Manchester authorities this year, were outlined as follows:

The campaign also addressed issues that students at Greater Manchester Universities face, and demanded that University leadership “do more to ensure places on and off-campus that are frequented by students are safer and ensure students, who fall into their duty of care, are protected as far as possible from sexual violence.” These demands included: 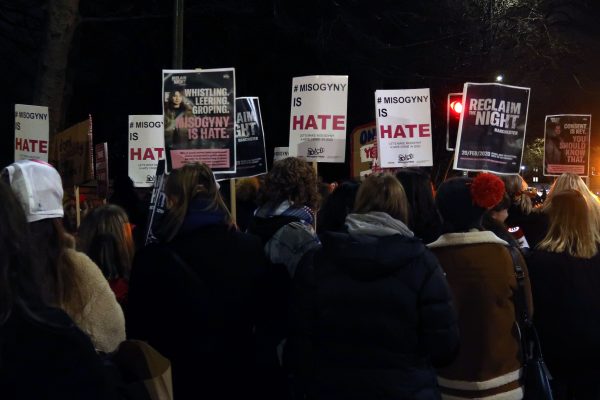 Alongside the march, the Reclaim the Night campaign raises money for a number of charities that work with survivors of sexual assault of all genders through the sale of t-shirts.

“We should all be able to walk home at night, or go on a date, or go on a night out, having as much to drink as we want, without knowing that there is a possibility of being assaulted. But these aren’t the only reasons that I am angry. I am angry because for far too long we have focused on a certain sector of women.

This year, Reclaim the Night partnered with the Misogyny is Hate campaign which is “calling on Greater Manchester police to recognise misogyny as a hate crime”. Sylvie Pope, the lead campaigner on the Misogyny Is Hate campaign spoke at the rally, about the importance of using your voice to stand up for the rights of oppressed people:

“The most powerful thing we can do is speak. I hope that if there’s one thing that you can all take away from tonight is that your voice is beautiful and it’s powerful and you have every right to use it whenever you can and want to.”

Sylvie told her story of the misogyny she faced throughout her life including “the first time she was wolf whistled” at just 11 years old. She explained how, after moving to Manchester, “the suffragette city,” she found the strength to stand against injustices such as those she went through:

“I found my voice, strengthened by amazing women who have worked tirelessly to name misogyny as the problem that it is. Because of them and with them and all of you tonight, I no longer feel small. I feel powerful.”

“From this moment on, you are not alone in this fight. You are not the only woman, or man, or Muslim, or Christian, or jew, or white person, or asian person, or black person, or gay, lesbian, bisexual, transgender or nonbinary person fighting against social injustice and hate.

“The issues we all face are all interlinked and they are so often underpinned by misogyny. From tonight, you are a collective determined to live in a city where 11-year-old girls aren’t harassed on the way to school, where we are no longer sexually assaulted, and where we don’t have to put up with demeaning jokes.”

In December 2019, the UoM student TV station, Fuse TV, partnered with the MisogynyIsHate campaign to help spread awareness surrounding hate against women and girls. They asked members of the public to read out first-hand testimony from women in our city. You can watch people’s reactions to the statements on the Fuse TV YouTube channel. 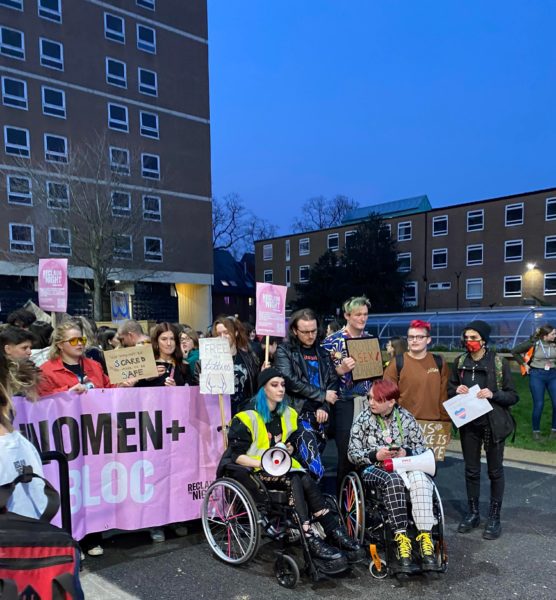 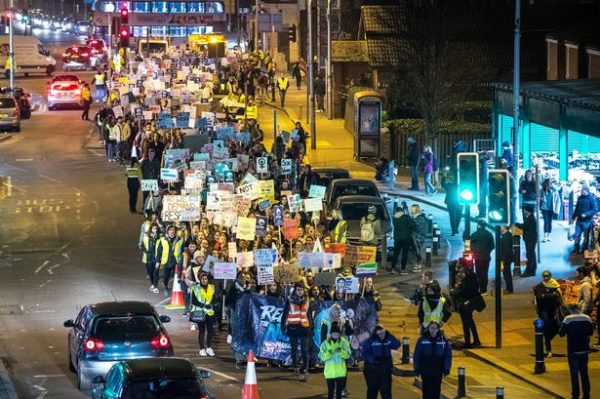