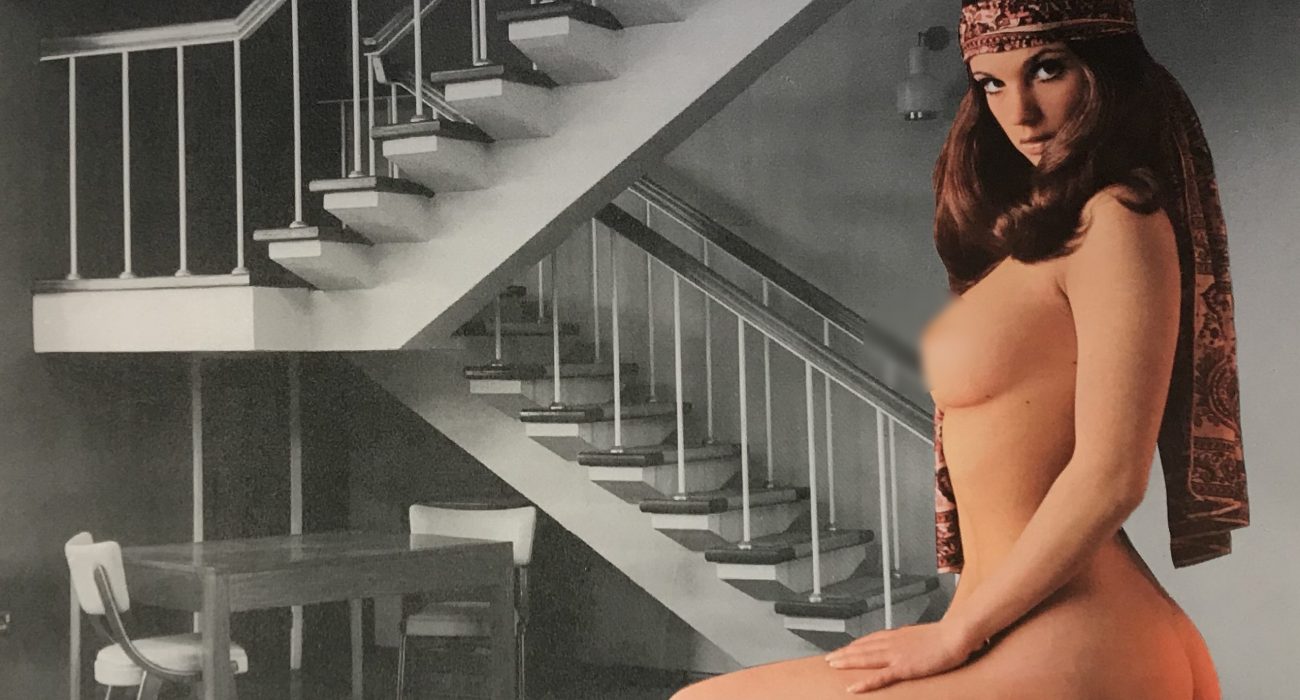 The Northern Quarter holds many small hidden gems. One of them is The Modernist. Based at 58 Port Street behind a green Georgian period shop façade, which might mislead some, the not-for-profit organisation’s focus is on 20th-century modernist architecture and design. The Modernist operates as a gallery, a book and gift shop and publishes a magazine quarterly.

They are currently exhibiting Sarah Hardacre’s ‘Penthouse and Pavement’. Unusually, the exhibition consists of unframed prints. Hardacre makes collages featuring brutalist architecture and overlaps them with bodies of scantily dressed or completely naked women. The architecture images used in the collages are archival photographs of Bury, and the female portrayals are cut-outs of pin-up girls from vintage magazines. 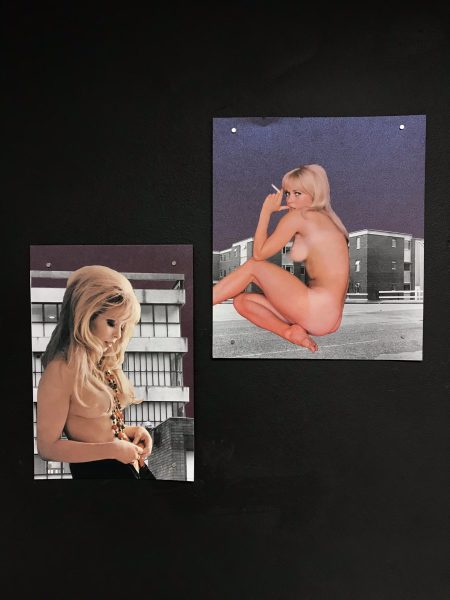 It is interesting to compare to the current housing situation in Manchester with the one in the 50s. The building industry is booming and it seems like there is a new tower popping up every day. The city’s skyline is developing and getting a completely new look. The question here is, is it a ‘male’ look? What would a ‘female’ look be like? How much different would the world look if women have had more influence on architecture? Would the modernist and brutalist movement be the same? But most importantly, what will the future look like?

The exhibition has previously been on view at Bury Art Museum & Sculpture Centre, and is now being displayed at The Modernist until the 21st of March 2020. 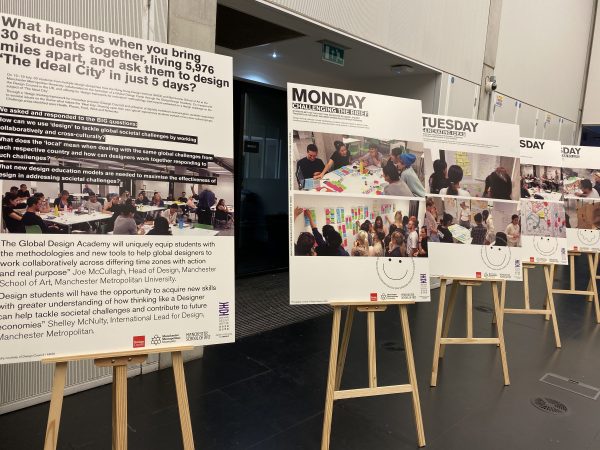 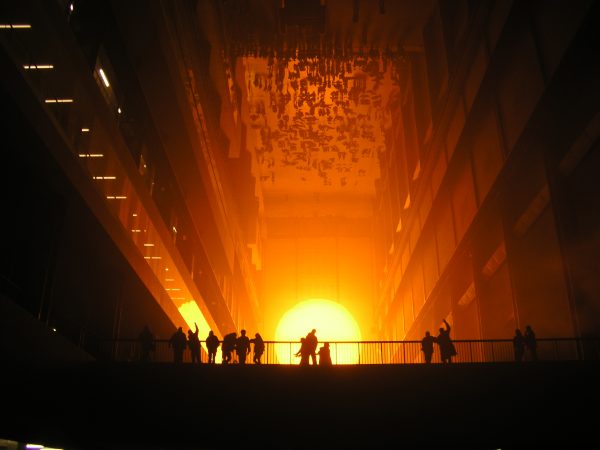 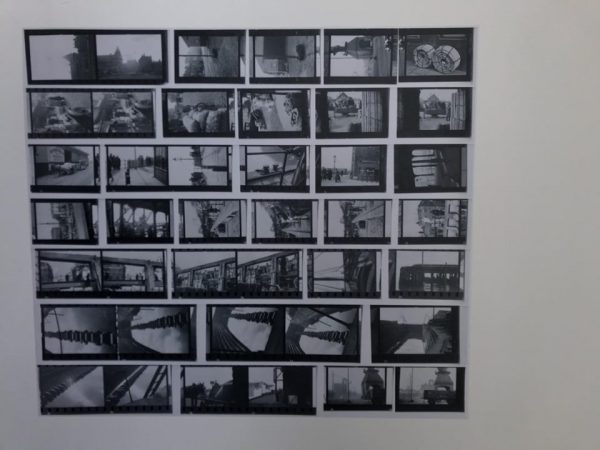