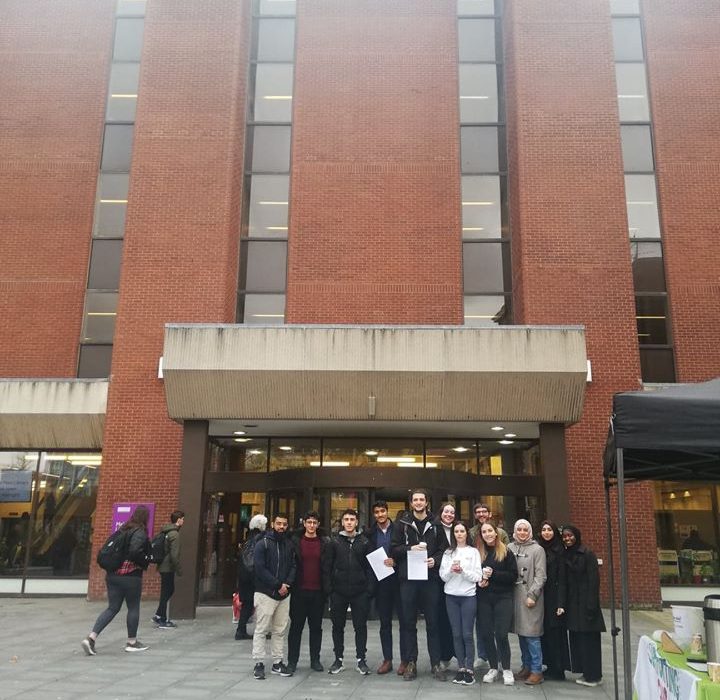 Students from the campagin gather outside the library with the letter Photo: Megan Oyinka

Students call for an official prayer room in the library

Students from the Interfaith Prayer Room Campaign have delivered a letter to the director of the library requesting an official multifaith prayer room in the main University library.

The letter was signed by Mustafah Kazi, Committee Officer of the Islamic Society and Chair of the Prayer Room Campaign and nine other student society leaders. It invites the director of the library to a meeting “to discuss this with you, at your earliest convenience, in coordination with the Education Officer of the SU who would act as mediator.”

At present, the library provides an unofficial prayer space for students. However, UoM economics student Rizwan Sabeer told The Mancunion that there is a “lack of coordination” between staff and the university, meaning evening prayers are often disrupted by library security in this space. Other students said they sometimes take to praying outside of fire exits but are interrupted or prevented by staff due to safety reasons.

Students from the society also told The Mancunion that other spaces on campus, including the multi-faith space in the Students’ Union, a kitchen in Simon building, a basement in Sackville Street and stairwells in the Learning Commons are also often used for prayer. The society states that a multifaith prayer room is important to uphold the dignity and respect for student faith and prayer.

Other female Muslim students commented that the prayer hall used by most students also felt an unsafe journey to make for evening prayers. They said that they prefer to walk together as they are aware that the journey is not the most populated or lit, causing concerns for their safety. The group feels that implementing a safe space for prayer in the Main Library would solve these concerns.

The society, who have been planning the campaign since November, are working towards establishing a safe and private space before the month of Ramadan, which is predicted to be from the 23rd of April to the 23rd of May. In this time three of the five daily prayers take place in peak library usage time.

The society says that these students lose over an hour each day due to the fact there is no official prayer space within the library, a factor that does not only affect them but other service users as they often save seats for this time, causing tension between students looking for study space. 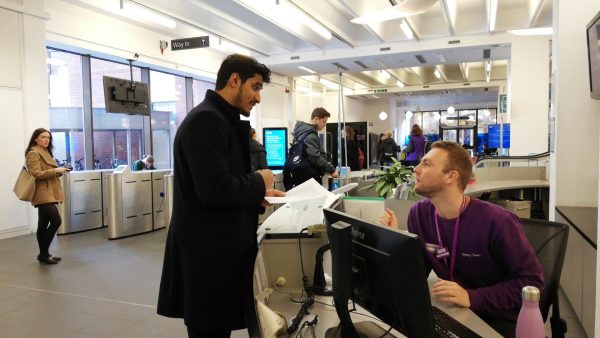 The society has assessed possible rooms where the Muslim student community could make the most use of. However, the lack of gender separation and essential washroom facilities important before prayer would still not fully meet Muslim prayer needs.

The campaigning society noted this as an issue across the country, and that few universities have dedicated prayer spaces with key facilities in their main University library.

Upon research, The Mancunion has found that the University of Liverpool’s main library has a dedicated Muslim Prayer room. Their university website states: “The University Muslim Prayer Room is a purpose-built facility to meet the needs of our Muslim Community with wudhu, storage and prayer room facilities. It is located on the lower ground floor of the Sydney Jones Library.”

It continues: “The Muslim Prayer Room Management Group meets regularly throughout the year to discuss and solve any issues identified by users.”

In 2017, The Mancunion reported that “86% of students felt they had experienced wanting to pray on campus but feeling like there was no space to do so, 96% wanted to see more prayer facilities on campus and 17% said they had felt harassed for praying on campus.”

The society has outlined that even though Muslim students may use the space more regularly, that space would also be available for other faiths and as a quiet meditation room for students. Jack Foster, President of the Christian Union, commented: “The ability for everyone to exercise their faith without large amounts of effort is a right, especially in a space like a university where you are exploring what you believe and how you believe it.”

He added that having a quiet space in the library for prayer would help his wellbeing, particularly during periods of stress such as exam season. He also clarified that the Christian Union wanted the Muslim students to have this space and be supported in their campaign to have a safe location to practice their faith.

Jack Swan, president of the Citizens Society also commented that there has been support from the wider student network for their request, with only a few students not understanding the importance campaign but none actively against it. As of yet, the society is waiting for a response to the letter that was handed in on Monday the 17th of February. 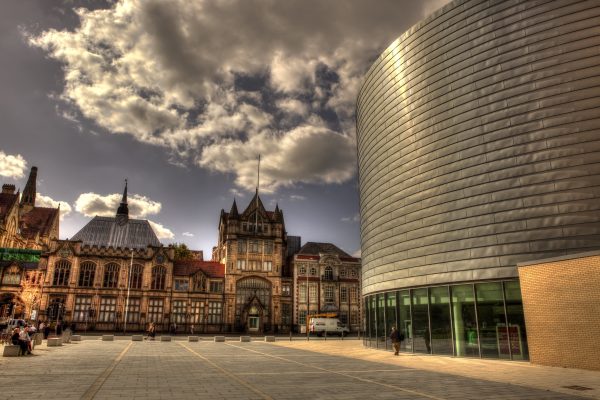