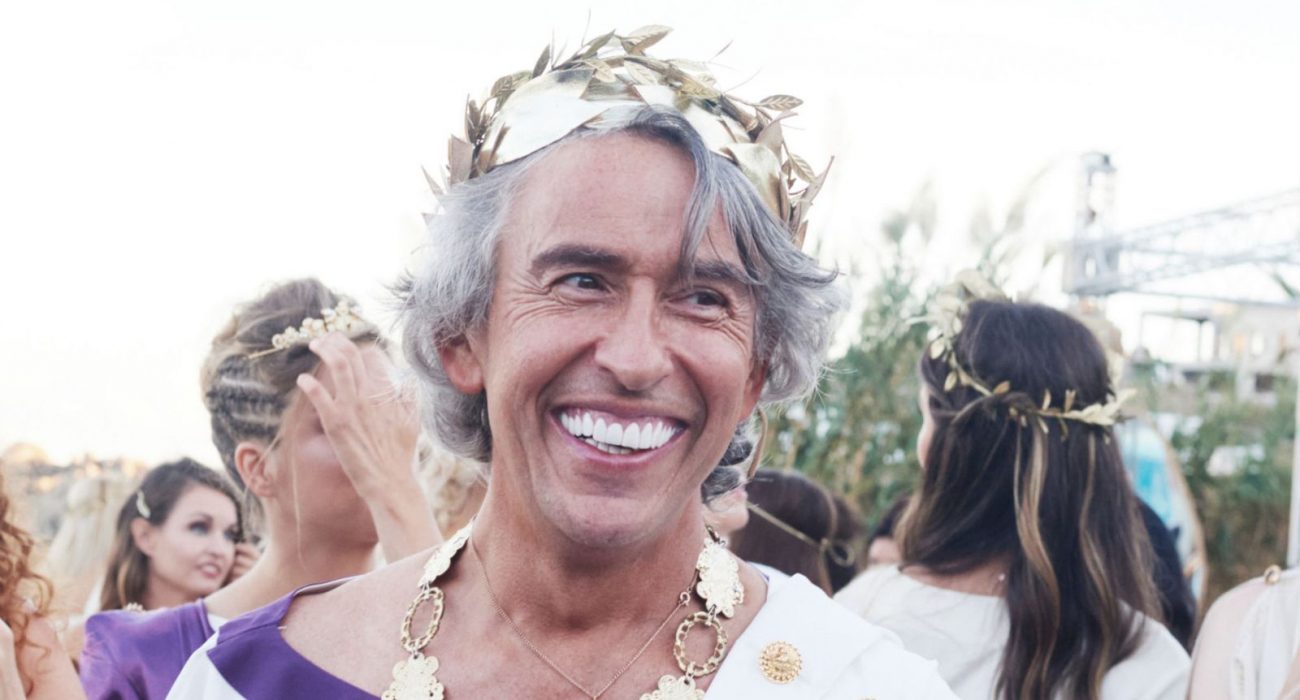 At a Canadian Film Festival in 2019, an audience member asked the film’s star, Steve Coogan, if his character Richard McCready was based on anyone in particular. The audience tittered, anticipating an embarrassed silence as the actor refused to answer, afraid of a libelous answer. Instead, Coogan said, “Yes, it’s Philip Green.”

Green is known as one of the architects of “fast fashion,” and has been in the news recently regarding the collapse of his old company BHS. Greed is a film that uses this figure as a way of critiquing the ethics of the contemporary fashion industry, lampooning the opulence of the “haves” and exposing the perils of the “have nots.” This takes place in a genre best described as a hybrid of satire and Greek tragedy.

A stylistically heavy concept is typical of the film’s director, Michael Winterbottom. Winterbottom’s partnership with Coogan has led to a variety of interesting and critically acclaimed projects. 24 Hour Party People, a biopic of Tony Wilson, the man who managed many Manchester bands, from Joy Division to the Happy Mondays, and almost singlehandedly started the UK’s 1990s rave scene is one. The Look of Love, another biopic, this time starring Coogan as Paul Raymond, the person who sparked pornography in Britain and became the country’s richest man in the process — is widely seen as Coogan’s best dramatic performance. In A Cock and Bull Story, this semi-improvised picture follows Steve Coogan as he attempts to make a film about the life of Tristram Shandy, a story which has been rendered “unfilmable.” This sparked the idea for semi-improvised The Trip, the show in which Coogan and Rob Brydon travel around the world writing restaurant reviews (the fourth series, The Trip To Greece, comes out in March).

Greed centres around Richard McCready’s 60th birthday party being held at a Greek holiday resort. This is clearly a multi-million-pound event in which no expense is spared, obnoxious behaviour is practically encouraged and a series of surprising celebrity cameos are sprinkled throughout. The picture also features David Mitchell in his first film role, playing McCready’s biographer who has been tasked with flying around the world to gather footage of his employees wishing him a happy birthday — which is how the link is made with the third world sweatshop workers and the world of the party.

The juxtaposition between the two lifestyles displayed in the film is very striking; this is thoroughly a film with a conscience. Its biggest merit is the candid depiction of the work behind the fashion industry, much like Winterbottom’s 2002 film This World, which follows two Afghani refugees on their journey to London. In that film the leads were played by real refugees; in Greed the sweatshop workers are played by real sweatshop workers.

It must be said that the two strands of the film do not necessarily feel successfully married. The farce and caricature of the past and present of Richard McCready feels like it belongs to a different picture, as it clashes with the nuanced depiction of how the first world exploits the third world. That being said, individually, the film’s two component parts would not function as well as they do together. The two halves do not properly fit, but the whole they make is relatively coherent.

Despite this, Greed is a continuously entertaining and funny film. It shines a light on important issues in a palatable manner. I believe that Greed has the potential to become a cult classic; this could be shorthand for saying that it may not be up to mainstream success, but it is a highly watchable picture featuring some marvelous performances from many top British actors and contains subjects that are honestly not talked about enough.