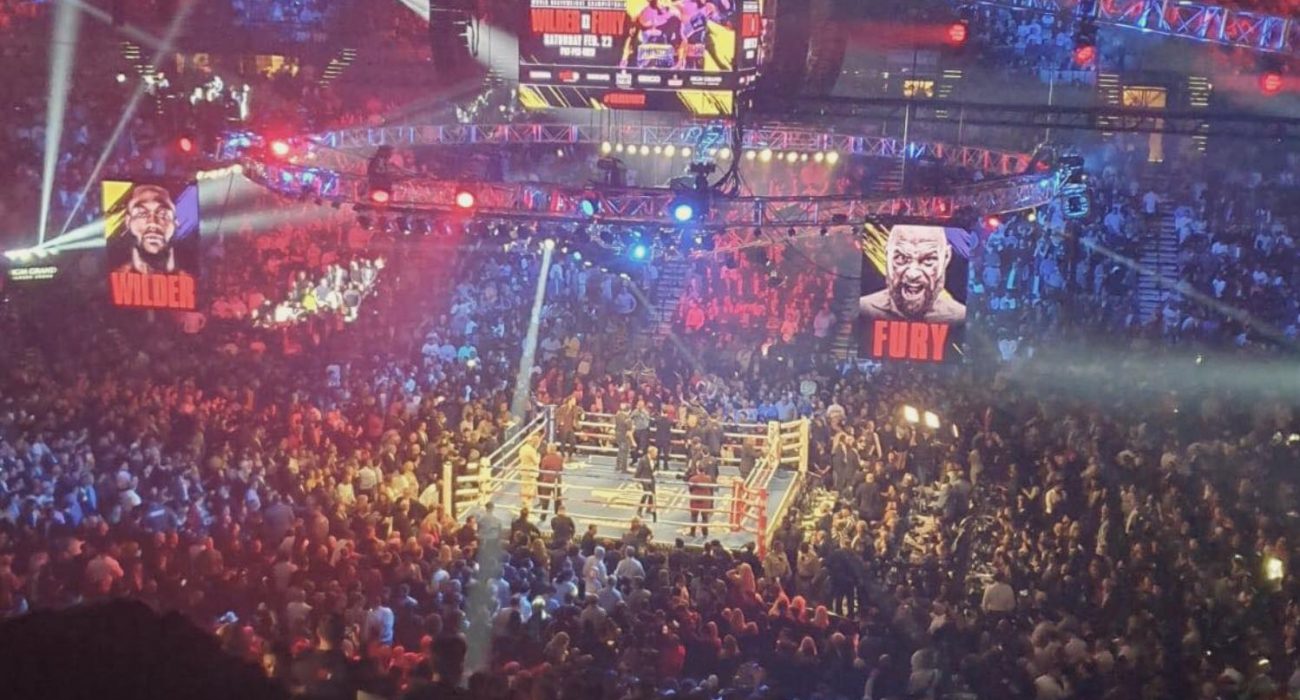 In 2016, just months after beating the imperious Wladimir Klitschko, Mancunian Fury was stripped of his titles and found himself fighting demons, mentally and physically. Not knowing how much more he could take, Fury turned to alcohol and drugs for solace. On Saturday night Fury completed his stunning comeback, defeating WBC champion Deontay Wilder with a captivating performance in Las Vegas.

A year on from their contentious LA draw in December 2018, it was announced that the two would battle again with Wilder’s WBC belt and the vacant Ring Magazine title up for grabs. Wilder overcame Ortiz and Fury avoided banana skin opponents Schwarz and Wallin to set up a monstrous showdown at the MGM Grand between two unbeaten fighters.

Despite the animosity between the two before their last clash, this time flames were only stoked during fight week. In the days leading up to the fight, the tension between the two came to the boil, with Wilder mocking Fury’s drug use and his ‘pillow fists’, whilst Fury labelled the American a ‘bully’.

Another talking point pre-fight was Fury’s decision to leave his trainer Ben Davison. Despite Davison gaining adulation for helping to get Fury full fit and into a better frame of mind, the fighter wanted a coach who could enhance his knockout ability, hiring ‘Sugar Hill’ Steward.

Whilst many scoffed at Fury’s plan to knockout the knockout artist, the weigh-in results suggested he was seriously targeting a stoppage. Fury’s significant increase confirmed his determination to add power to his arsenal, weighing 273 lbs, over a pound heavier than the first fight. The weigh-in proved so hostile that the Nevada Athletic Commission banned the two from facing-off.

Fight night arrived and as the clocked ticked down towards the main event, a touching moment saw former competitors Evander Holyfield, Mike Tyson and Lennox Lewis honoured for their contributions to the sport as a new chapter of heavyweight boxing was set to be written.

As the challenger, Fury was first to make his way to the ring. His entrance played on his ‘Gypsy King’ nickname as he was carried in on a throne, dressed in regalia and hoping to confirm his status amongst boxing royalty. His opponent Wilder gave a nod to Black History Month as images of black trailblazers lit up the arena as he marched in, whilst he donned a costume that he would later claim caused fatigue during the fight. With two stunning entrances complete, the stage was set for a clash of the ages.

Fury is well known for his patient and intelligent style but from the first bell his new game plan was evident, taking a dominant central ring position to launch a series of aggressive combinations. In the first fight Fury seemed very wary of Wilder’s unrivalled power, but this time around he barely gave the American a chance to fire his much-feared right hand.

Whilst Fury had insisted Wilder would not make it past round two, it was in the third when he landed the first telling blow. A jab followed by a big right hand floored the ‘Bronze Bomber’. Wilder’s lip was bust open and his ear begin to bleed. In the subsequent rounds Fury was relentless, not giving the Alabaman any respite. Another knockdown was scored by the Brit during the fifth, as a hefty left hook landed to the body. The only blemish on Fury’s performance was the deduction of a point when he landed a shot in the clinch after referee Bayless called for the pair to break.

The game plan constructed by team Fury was executed to near perfection, even including Fury’s claims that he wanted to taste the blood of his rival. In a sixth-round clinch, Fury appeared to lick blood off his opponent’s neck as it trickled down from his ear. The inevitable stoppage came in the seventh, as Wilder’s corner threw in the towel as their fighter cut a broken figure. Fury not only won the WBC and Ring Magazine belts but had laid down an almighty gauntlet for any future challengers.

Since he cruised past Klitschko in Dusseldorf and performed an Aerosmith hit, a Fury boxing masterclass has become synonymous with a post-fight singalong. In Vegas it was a rousing rendition of ‘American Pie’ which the big Brit and his team treated the MGM crowd to. The Wythenshawe man is not only one of the best pound-for-pound fighters, but he is a natural born entertainer too.

Fury’s slick victory means that all the major heavyweight belts are held by British fighters after his rival Anthony Joshua beat Andy Ruiz Jr. in December. This now sets up a long-awaited British unification showdown between the ‘Gypsy King’ and ‘AJ’.

That is if Fury can defeat Wilder again after the American triggered a clause in the contract enacting a trilogy fight despite the little appetite for this bout within boxing after this comprehensive rematch. Should Fury defeat Wilder again, and if Joshua overcomes a mandatory fight against Kubrat Pulev, Britain could be set for a memorable clash between the pair this winter.