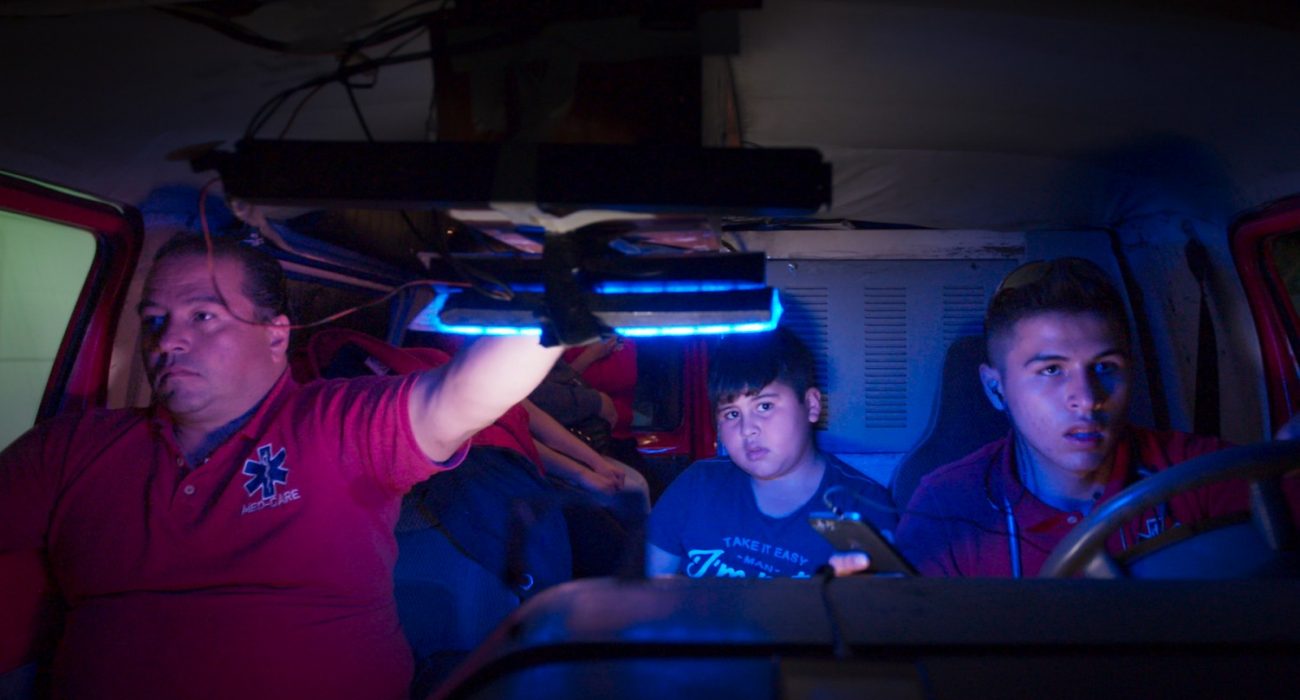 Mexico City has a population of 9 million – and only 45 government funded ambulances. This extreme shortage is made up for by a loose network of privately-run ambulances, each of which has to compete for financial gain.

This creates a difficult situation for the paramedics; many patients can’t, or won’t, pay for the service, so often paramedics finish a night of work having earned nothing.

Not only do the paramedics struggle to make a financial profit, they are hindered from all sides by a deeply flawed system. They have to compete with other ambulances to get to the patients first, haggle to get paid, and often have to negotiate bribes from corrupt police officers.

The focus of Luke Lorentzen’s latest film is the Ochoa family, whose male members form a team of paramedics that run one of Mexico City’s for-profit ambulances. The family is officially headed by Fernando Ochoa, although without his 17-year old son, Juan, the business would sink.

Despite working within the margins of legality, Juan is in every sense a modern-day hero. He takes the lead when attending patients, as well as meticulously calculating the family’s expenditure and acting as a father figure for his younger brother Josué, who prefers the exuberance of riding in the ambulance to the drudgery of school.

The Ochoa’s work flits between the legal and illegal, the moral and the immoral. They are clearly motivated by a desire to care for their fellow citizens, and show great loyalty to their patients.

However, some of the scenes that show them racing other ambulances to get to patients first, and thus secure their payment, are more reminiscent of chase scenes in gangster films than anything from 24 Hours in A&E. However, undoubtedly clear are the deep flaws in the underfunded, understaffed system that would inevitably crumble without the assistance of families like the Ochoas.

Much of the filming is shot from the camera placed at the front of the ambulance, with the flashing red and blue lights flooding the frame of the ambulance’s interior. Therefore, for much of film, it feels like you are in the ambulance with the Ochoas, thus you are immersed in the action and the fast-paced events of the film as they unfold.

The more I think about it, the more I liked Lorentzen’s cinematic style. Documentaries are certainly in fashion, but unlike most, Midnight Family has no narrator, no presenter and no one telling you what you should think about its subjects. Instead, Lorentzen, who is his own writer, director and cinematographer, presents the Ochoa’s situation and line of work in as much detail as is necessary, and leaves it to the audience to debate the moral questions.