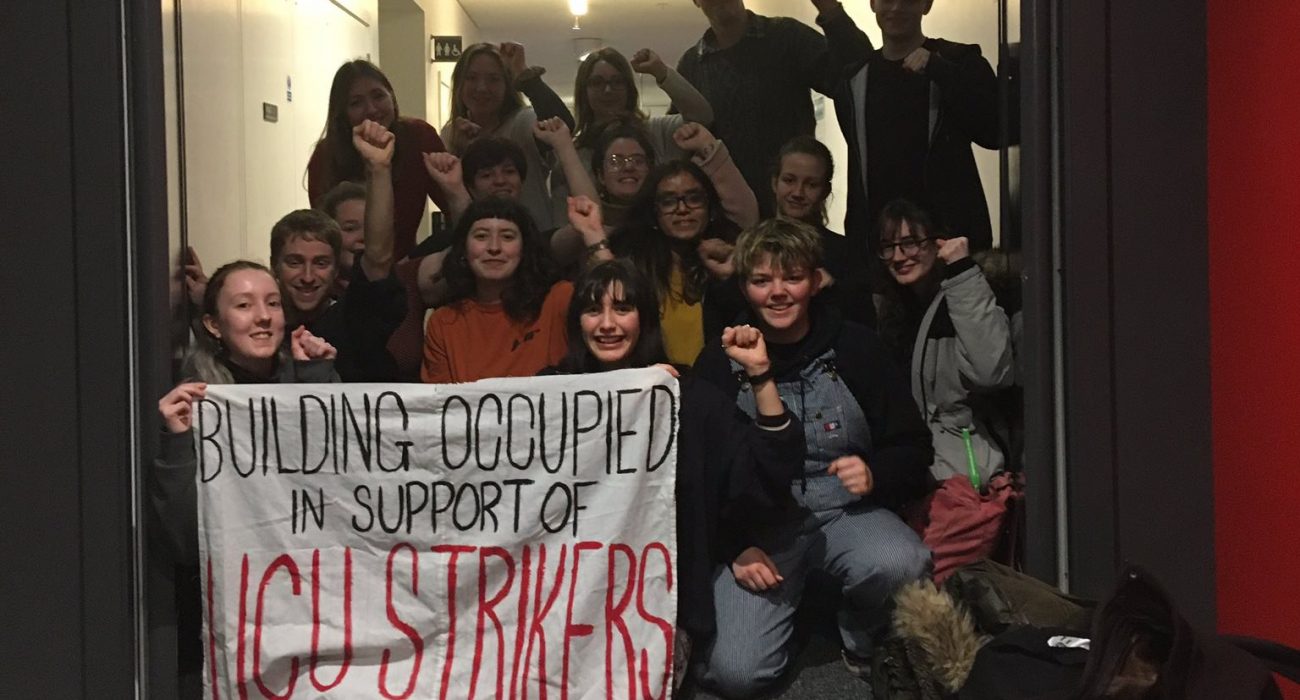 Students from the social justice group People and Planet once again occupied University Place last night in support of the University and College Union (UCU) strikes.

This second occupation aimed to highlight another of the ‘four fights’ of the UCU industrial action, calling for an end to casualisation of work at the University of Manchester.

This follows a similar protest on Monday evening which was focused on the gender and ethnic pay gap in higher education.

People and Planet UoM tweeted a statement on Tuesday about the second night of their Four Nights Four Fights Occupation:

“And We’re back, Night 2 of our #fournightsfourfights Occupation, with more people, more energy and more solidarity. Tonight we’re focusing on the continued casualisation of the work force. 68.2% of all staff at the University are on causal contracts. This has to end. #solidarity.”

Simultaneous occupations are happening at other universities across the country, including Liverpool, UCL, Nottingham, and Exeter.

Striking lecturers and staff have voiced their appreciation for the support People and Planet are demonstrating, with one lecturer tweeting, “Student support for our strike is amazing! Manchester students have taken occupation. We are united, not divided.”

UCU members are currently striking at 74 institutions across the UK over pensions, pay, working conditions, and casualisation. This current round of industrial action is the second this academic year.

The University has said that it “supports the right of any student to protest peacefully and legally,” and its priority is ensuring that “we do everything we can to minimise disruption to other students and to our staff.”