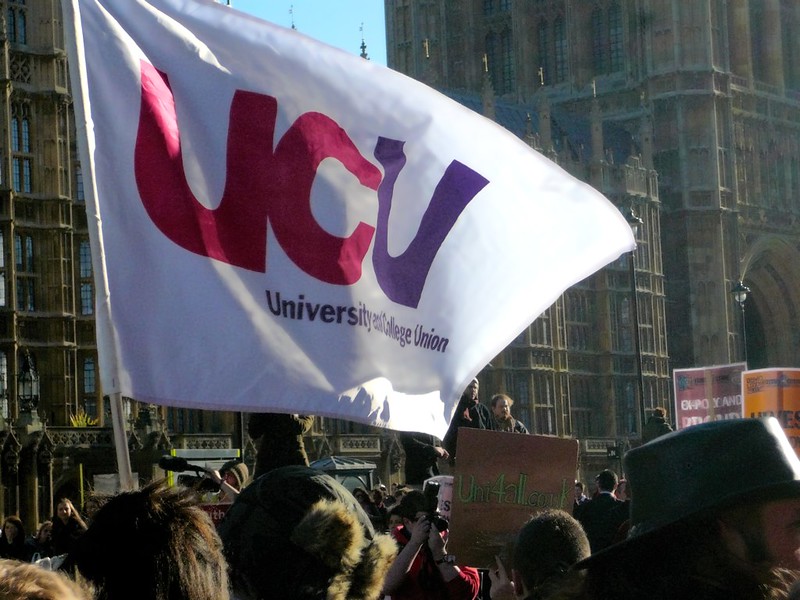 The University and College Union has expressed their “dismay” over an email released last Thursday by the University of Manchester, detailing plans to mediate the financial losses incurred by the current lockdown.

Following the release of the financial update, which was sent out to all staff on April 23rd by Dame Nancy Rothwell, the UCU have openly condemned what they have described as its “cold, money-trumps-everything tone”.

The University responded calling the report an “early and honest view of the current and likely future severe financial impacts of the pandemic on our University and wider higher education sector.”

The UCU’s initial response to the email was sent out to members and contains criticism of the University’s approach to coping with financial losses due to COVID-19.

Areas of particular concern to the Union include potential plans to enact a University-wide pay cut as well as plans to explore other cost-cutting measures to combat financial losses due to COVID-19.

To reduce pay related costs, the University is exploring deferring pay rises due to promotions; suspending annual increments and national pay awards’ and freezing all non-essential appointments and vacancies in staff. Job terminations could also be implemented.

Rather than asking “how to reduce expenditure”, the UCU believes the appropriate focus should still be on “core goals of teaching, research and social responsibility”.

The Union has expressed its desire for “maximum transparency and inclusivity” in the University leadership team’s decision-making process and requests that the Senior Leadership Team (SLT) shares the data and assumptions used to predict the £120 million loss in income.

Research commissioned by the UCU suggested less severe impacts on student numbers and university finances. The UCU commissioned London Economics to estimate the economic impact of COVID-19 on student enrolments and income, as well as other cash flows from operating activities.

The research predicted a 24% total drop in first year student enrolments in higher education institutions. Per institution, the average income decline would be approximately £20 million (though the reliance on international students results in significant variations to this number).

The UCU has also asked the SLT to establish a “broad-based working party” that would explore other possible courses of action to reduce costs. They argue that such measures are necessary to foster the “goodwill” of University’s employees and to ensure the “survival of the University”.

The UCU says that: “We consider the collective wisdom of the entire university will be needed to resolve this crisis.”

Along with the announcement of potential cuts to staffing and pay, Dame Rothwell also declared that she and the SLT would take a 20% pay cut during these times.

Dr Molly Geidel, a lecturer in English and American Studies at the University, says that the pay cut is “really nothing for someone like President Rothwell”, who makes upwards of £269,000 a year.

Dr Geidel shares that, in her department, “the fixed-term staff… have now been told their contracts will not be renewed” despite their “enormous amount of work.” 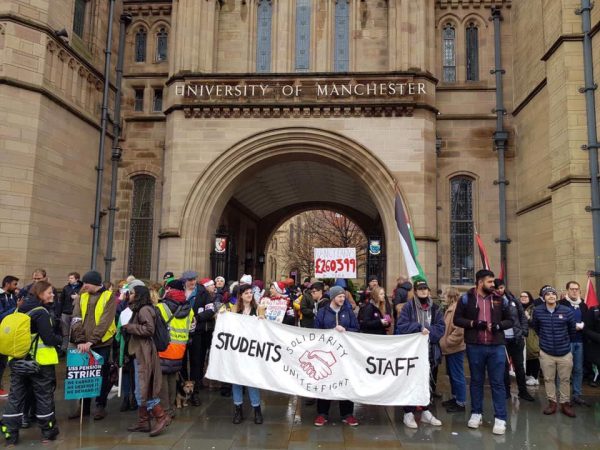 In a statement on the UCU website, regional official Martyn Moss praised university staff and lecturers for adapting “impressively to the current crisis to support students and the university”, but expressed disappointment at the perceived “haste” with which the University of Manchester has acted:

“There is no denying that universities are facing new challenges in light of the crisis, but instead of short-sighted cuts we need the sector to pull together and make the case for vital funding to safeguard the future of our universities.

“We want all universities to work with us to secure the funding needed to ensure they are firing on all cylinders and can help lead the recovery from this crisis. We want to work with the University of Manchester to deal with the issues it faces locally and to protect jobs and its academic capacity.”

A University of Manchester spokesperson said: “Last week’s announcement was an early and honest view of the current and likely future severe financial impacts of the pandemic on our University and wider higher education sector. We are immensely proud of the way colleagues have adapted to new ways of working in this unprecedented situation.

“The University and College Union (UCU) analysis covers only undergraduate students (many of our international students are postgraduate) and assumes that universities will be fully open and travel will be possible, so the impacts could be much greater than their report states.

“Along with other universities, we are already facing significant loss of income in the current financial year, so we must have a robust strategy to ensure our University has a financially sustainable foundation to enable us to continue to deliver on our core goals of teaching and learning, research, and social responsibility.”