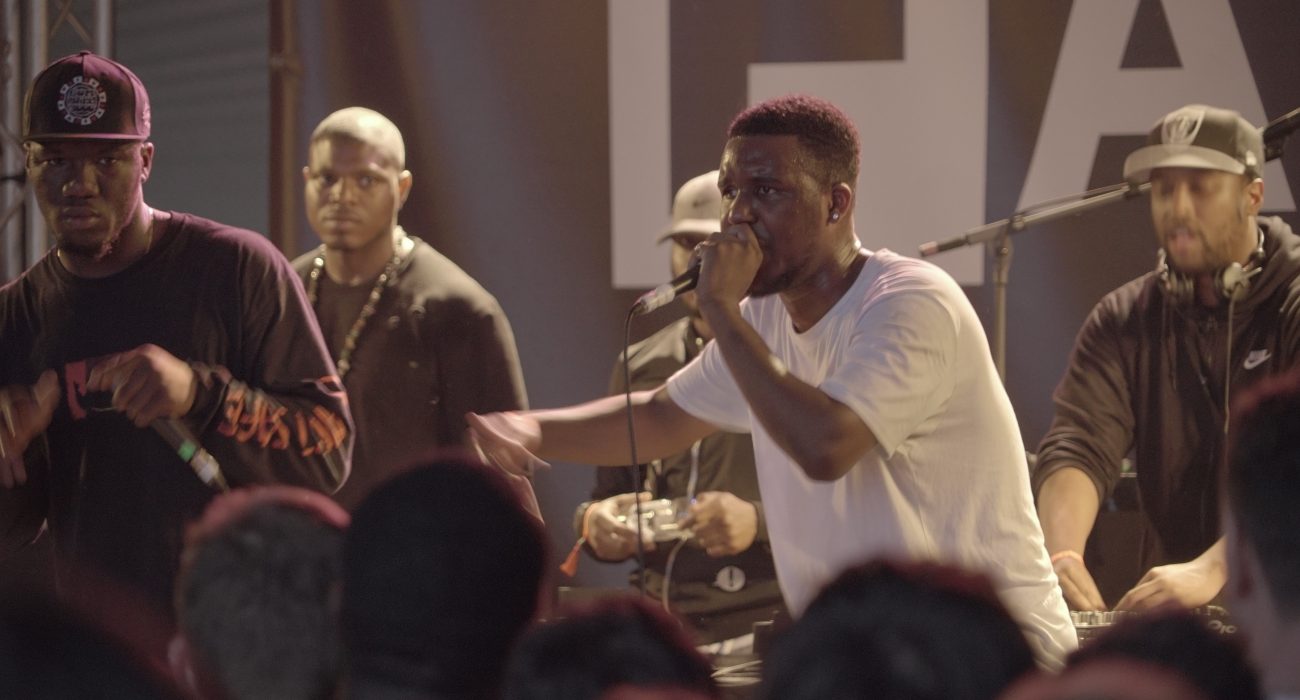 Novelist has started the decade by working as if he has something to prove, with this Rain Fire EP marking his third solo or collaborative release of the year so far. Following Inferno and the joint project with Shailan Heat, this EP is yet another example of what makes the South London MC such a singular talent in the UK rap scene.

From first gaining recognition as one of the most exciting young voices in the burgeoning grime resurgence of the mid 2010’s, dropping harsh yet boisterous anthems such as ‘Endz’ and ‘1 Sec’, he has since found production and feature credits on Skepta’s Konichiwa and been Mercury Prize nominated for his last full-length release Novelist Guy. Throughout his career he has shown himself to be an incredibly versatile rapper and that is no different on this EP.

The styles and influences found on Rain Fire are a mix of 80’s synthwave, 90’s Memphis sounds, UK rap and grime, with a diverse set of instrumental palettes offered by a variety of producers.

The laid-back opener ‘Seen It All Before’ effortlessly blends summery 80’s guitar and bass licks with the typical Novelist swagger as verses are exchanged between the three MCs featured. A glacial synth lead and driving bass on the next track ‘Investing’ provide a darker atmosphere with a more direct flow to match this backdrop.

Novelist’s old school mentality typically found in his lyrics and focus on imparting his own knowledge learnt through experience is also exemplified on the hook here, as he raps “when I get cash no splash, big plans for the fam I’m self-investing”.

Sonically, the record continues to surprise as ‘Southside’ offers a bouncy Tennessee infused cut while the chilling and hard-hitting piano line on ‘Pull Up’ sounds like it could have come from Tay Keith.

‘Wanna War’ showcases his ability over a drill beat with an impressive feature from affiliate Raj Forever, once again proving his versatility on a song more fitting for the contemporary sounds of the UK scene. The rumbling self-produced closer ‘In It to Last’ with New York rapper Big Twins is an apt finish as Novelist muses on his ambitions as a ‘young visionary’ on an album which serves to once again craft his entirely unique lane in the game.

Listening to Rain Fire not only do you hear an eclectic array of influences and some very capable rapping, you also get an insight into the mindset towards life and his music which makes Novelist the MC he is.

It is clear from this project as well as the two others released this year that he is determined to make his impression on 2020 and elevate his musical output to new heights. By the looks of things, he’ll be making a lot more noise in the months to come.