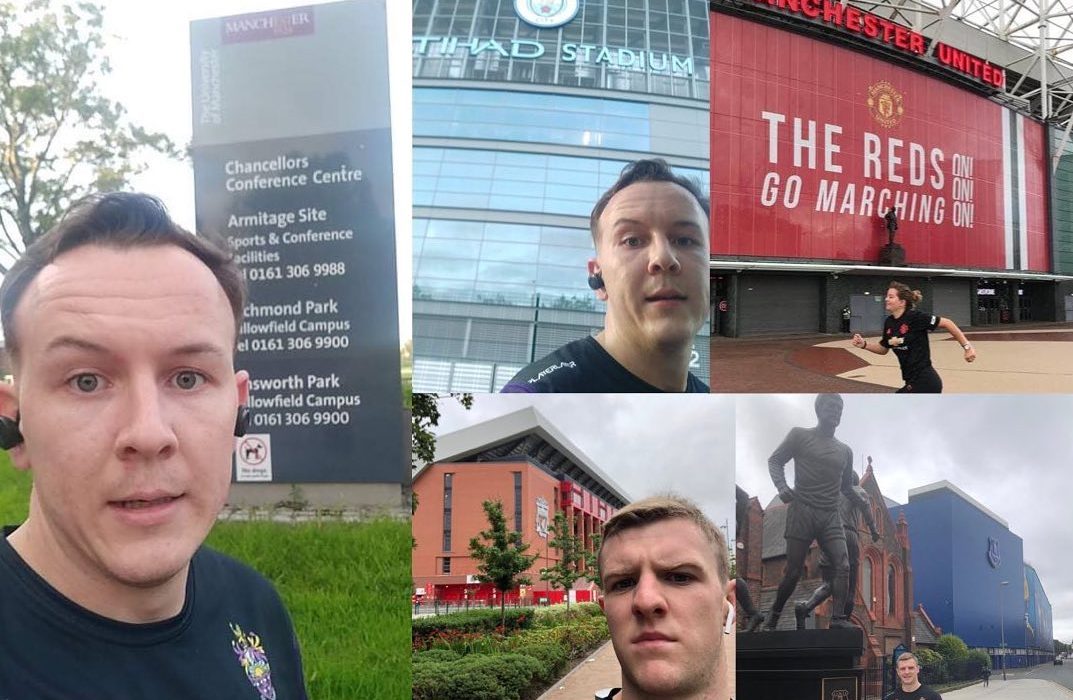 Kicking off from Fallowfield’s Armitage Sports Center, the men and women’s teams are hoping to raise a minimum of £1007 – a pound for every virtual mile they run.

The run will show support for the Black Lives Matter movement with proceeds donated to Show Racism the Red Card. The charity uses football to increase knowledge about racism and has become a leading anti-racism charity in the UK.

UMFC’s initiative has received strong support from sports members and students at the University of Manchester. The club said that the best way for students to support is to share the Go Fund Me link with as many people as possible.

The club will update their social media pages daily with their progress and which stadiums they have reached.

To find out more, The Mancunion spoke with players from both clubs. This is what they said.

“Through close collaboration of both the Men’s and Women’s teams, the UMFC has created their first-ever ‘Tour de Prem’ – a new charitable initiative which will hopefully occur each year.

“As a result of recent events, our first charity simply had to support the Black Lives Matter movement – and as a club, we had to make it clear that there is no room for racism in our ranks.”

“With the premier league restart highlighting the BLM movement, we felt that we could do our own small part to help raise awareness and some money to towards Show Racism the Red Card.

“Football is a game that we all love – a charity that uses this game to educate against and combat racism and other forms of discrimination is one that we wholeheartedly support.”

“The BLM movement is far from over. We need to be fighting continuously to be able to live in a society where we all have equal opportunities.

“Anti-blackness is all around us: at our universities, in our towns and cities [and] riddled systematically in our relatives.

“That’s why it is indispensable that anti-racism charities can continue their work and we collectively change and become active members of the movement.”

“In the current state of the world it’s so easy for people with a platform to raise awareness and funds for a good cause, it would only be right that we use our platform to make a positive change in our game.”

“As a person of colour, I am really proud to be part of a club that displays its passion against issues such as racism, which is a problem that certainly needs addressing.

“Any initiative shedding light to the topic displays the solidarity and unity we aspire for on a daily basis. Essentially I’m happy to see the people I play football with have my back on and off the pitch.”

“This collaboration between women’s and men’s football has blossomed over the past few weeks, and hopefully this will set us up for more teamwork in the future.

“I’m proud of everyone that’s been involved, I hope we will complete the running with ease and smash our fundraising target.”