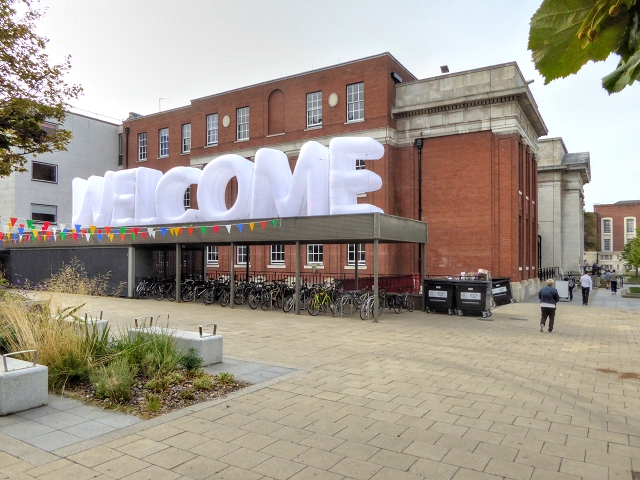 The government’s U-turn on A-Level results has left students and universities scrambling to find and offer places.

After controversial computer-generated grades were ditched, and pupils were awarded teacher-assessed marks, thousands of extra students have now met the criteria for their first choice university.

But with many courses filling up, some incoming freshers are facing a stark choice between deferring their place for a year or going elsewhere.

The University of Manchester is in urgent talks with ministers to gain clarity on the situation, but in a frank admission, bosses admitted they didn’t actually know how many students have now met the criteria to come to Manchester.

Vice-Chancellor Nancy Rothwell said staff were living through “unusual times” and that she didn’t think anybody had “worked on an admissions cycle like this”. She added that the University was facing “uncertainty” following the U-turn.

Manchester has now confirmed that all offers will be honoured following the government decision, but that on courses with limited capacity, some may have to be deferred until September 2021.

Following a remarkable week, The Mancunion spoke with three incoming Manchester students about how they have been affected by the A-Level fiasco.

Xavier Spencer from Watford, Hertfordshire, studied Drama, Film Studies and English Literature before the coronavirus pandemic hit and exams were cancelled. He had applied for two courses at the University of Manchester and needed at least ABB to get in.

But the computer algorithm downgraded him in all his subjects, and he was awarded way below his target grades that would have allowed him into Manchester.

He had always planned to defer for a year but was still trying to get through to the University’s admissions team following the U-turn.

Spencer said many of his friends had been caught up in the fiasco, including some who had accepted places at other universities before being awarded the grades for their first choice.

He said: “I’m so lucky to have deferred my place, I see people that want to study medicine at Cambridge, and they’re really excited, and then they get downgraded.

“It’s the government’s fault.  I hate the government, I hate the Conservative Party. I think Gavin Williamson needs to resign. It was an extremely classist algorithm, and I don’t think we’re going to get a proper apology from Boris Johnson.

“It was a complete shambles and a complete mess, It’s been a very stressful 5 days.”

Leah, who chose not to give her last name, studied History, Drama and Maths in Birmingham. She was planning on studying Management at Manchester and had predicted grades of AAB.

She said: “As soon as I learned it was determined by an algorithm, I was convinced I would get lower. A massive part of my [predicted grades] was my teachers being made aware of my circumstances and seeing improvements.

“I ended up getting ABB on results day. I was naturally disappointed but thankfully Manchester accepted me as it was only one grade below my offer. I don’t know what I would have done if they hadn’t accepted me.”

Leah added that she thought the scale of the downgrading was unnecessary: “It felt like [the government was] denying people’s opportunities – particularly those from underprivileged backgrounds – for the sake of it.”

Alya Hussain, from Bolton, Greater Manchester, took A-Levels in Art and Design, English Literature and History at her sixth-form. Her experience was slightly more pleasant than many of her peers, and she secured a place at Manchester to study English Literature.

Hussain said: “My experience on results day was actually really positive. my grade for Art was actually one higher than I was predicted by my teachers.

“My English grade was as predicted, and I achieved a B in History, which was one grade lower than expected, but I wouldn’t say it was unfair because of my Christmas mock.

“The government algorithm didn’t affect me that much personally. I think it was helpful that I was able to submit coursework and sketchbooks as evidence of my work on the last day before college closed.”

A University of Manchester spokesperson said: “We understand this is an extremely stressful time for all our applicants in what has been an unprecedented admissions process for everyone involved. But they can rest assured we are working flat out and doing all we can to resolve these issues.

“We have now received revised centre assessed grades from UCAS and are now determining which of our applicants can be accepted. We are working hard to confirm these decisions as soon as possible but we ask for patience while we undertake this exercise over the weekend.

“We know this is a difficult time for our applicants and we will continue to publish updates to our website when we can.”