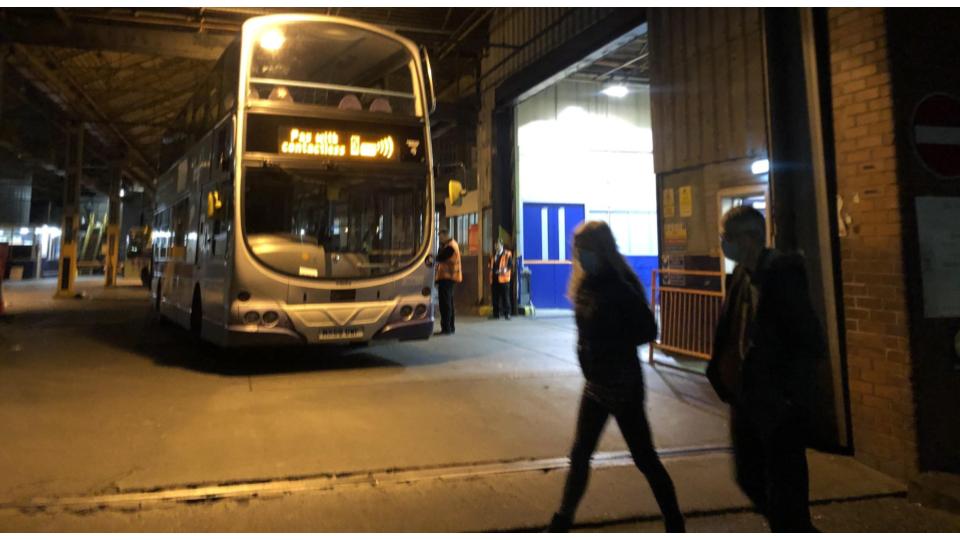 The Manchester branch of bus company Go-Ahead has come under fire for what Unite the Union has described as a “bullying culture using Covid-19 as a smokescreen”.

Unions have described this move as an attempt to “fire and rehire” bus drivers on inferior contracts.

Go-Ahead said that due to lost revenue throughout the pandemic, cuts must be made to keep the business going. The firm made a profit of up to £75m between June 2019 and 2020.

But Unite argued drivers face losing as much as £3,500 from their annual salary, and they will also face changes to sick pay and working hours.

The union said that Go-Ahead has made it difficult for bus drivers to organise effectively within the trade union, with the union representative for the Queens Road depot handed a suspension notice and banned from speaking to anybody who works at Go North West. He has since been reinstated.

A spokesperson for Go North West insisted that “there are no proposed cuts to pay or hours as alleged” and that the matter relating to the driver had been dealt with.

As a result of the dispute, Unite are balloting drivers for industrial action. If this ballot is successful, drivers servicing routes across Greater Manchester could go on strike.

Activists from various left-wing groups, organising as Manchester Public Transport Users’ Association, have come together to protest against Go-Ahead’s treatment of its workers.

With the objective of stopping buses from leaving the depot – thereby causing the most disruption to the company – activists have met regularly outside the depot in the early hours of the morning and attempting to block the exit onto Queen’s Road.

On the 11th of September, activists were joined by a large protest outside the depot. The most recent action saw around 20 local activists disrupt the buses by walking in circles just outside the front gate, preventing drivers from leaving the depot

A spokesperson for Go North West said: “There are no proposed cuts to pay or hours as alleged, and the proposals would have seen guaranteed inflation-backed pay rises in 2021 and 2022.

“We welcome Unite back to the negotiation table to discuss the offer and find a mutually beneficial solution.”