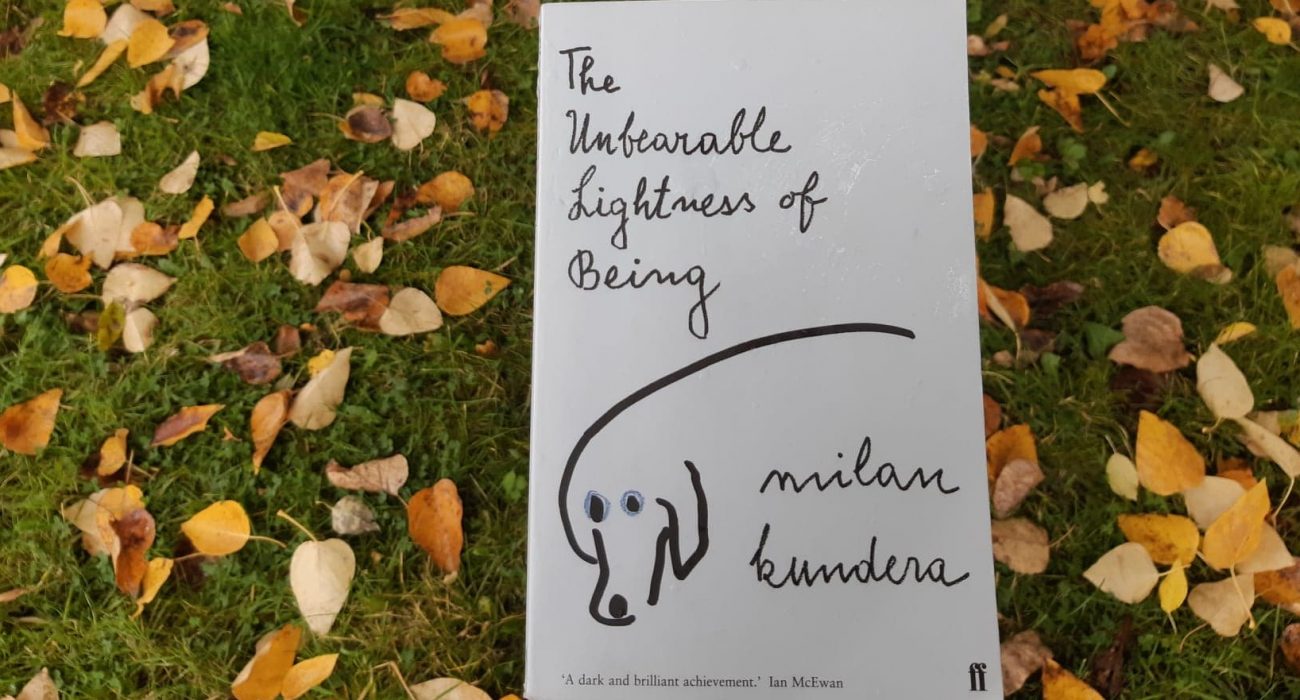 The Unbearable Lightness of Being by Milan Kundera. Photo: Gabriele Dragunaite for the Mancunion

Lockdown read: The Unbearable Lightness of Being

With its recurring lockdowns and periods of isolation, 2020 has been a year of intense philosophical reflection. Many turned to works that would speak to the current situation, reflected in a surge of sales about fictional pandemics, such as Albert Camus’ The Plague. Milan Kundera’s novel The Unbearable Lightness of Being (1984) offers the same philosophical musings but with significantly less deaths.  The book will persuade you of the insignificance of your individual existence whilst also managing to feature a dog as one of the central characters.

Kundera spent his life and career in exile. But he has recently regained his native citizenship, and been awarded the prestigious Czech literary award – the Franz Kafka prize. The news brings me back to Kundera’s most influential work, The Unbearable Lightness of Being, to see how it can still speak to a reader today.

The novel tells the story of a group of romantically involved intellectuals and artists in Czechoslovakia during the period of Prague Spring in 1968. As accurately reflected in its grand title it is the philosophical musings (rather than the plot) that make up the force of the novel. The personal lives of the characters are aligned and juxtaposed to the wider political drama in Czechoslovakia. Kundera creates an immersive read on an almost predictable whirl of love, sex and infidelity between Tomas, Theresa, Sabina and Franz.

The political landscape and communist occupation of Prague intensifies the drama of the characters’ lives. The pressure on Tomas to submit to the communist ideology eventually leads him, followed by his two lovers, to Switzerland. Sabina then meets Franz, in a short-lived illusion of a happy resolution to their love triangle.

The narrator consistently places the lives of the individuals in perspective. Nietzsche is name-dropped in the first sentence of the novel, and the text is concerned with the burning philosophical questions that plague our existence. Ideas of eternal return, time and the question of lightness vs heaviness of existence are interrogated in the course of the novel. The narrative is a case study of different perspectives on life in a complex historical moment.

The Unbearable Lightness of Being often leans towards the nihilistic through the narrator’s insistence on the meaninglessness of a single existence. However, the story also focuses on the interconnectedness of four people in difficult times which becomes a lot more exciting with the entry of Karenin. Karenin is a female dog, and her presence is among the reasons why the novel has aged so well.

The portrayal of the dog is uncommonly generous. The navigation of the relationship between Karenin and the human characters invites broader discussions on the treatment of animals, and how that reflects on human nature. This and other themes that the novel tackles have not only remained, but increased in their relevance to this day.

Kundera’s provocative insights have maintained their relevance thanks to the novel’s focus on the eternal – its main advantage that could not be conveyed to film. The Unbearable Lightness of Being is a worthy read in-between all the hours we are currently spending hooked to screens.