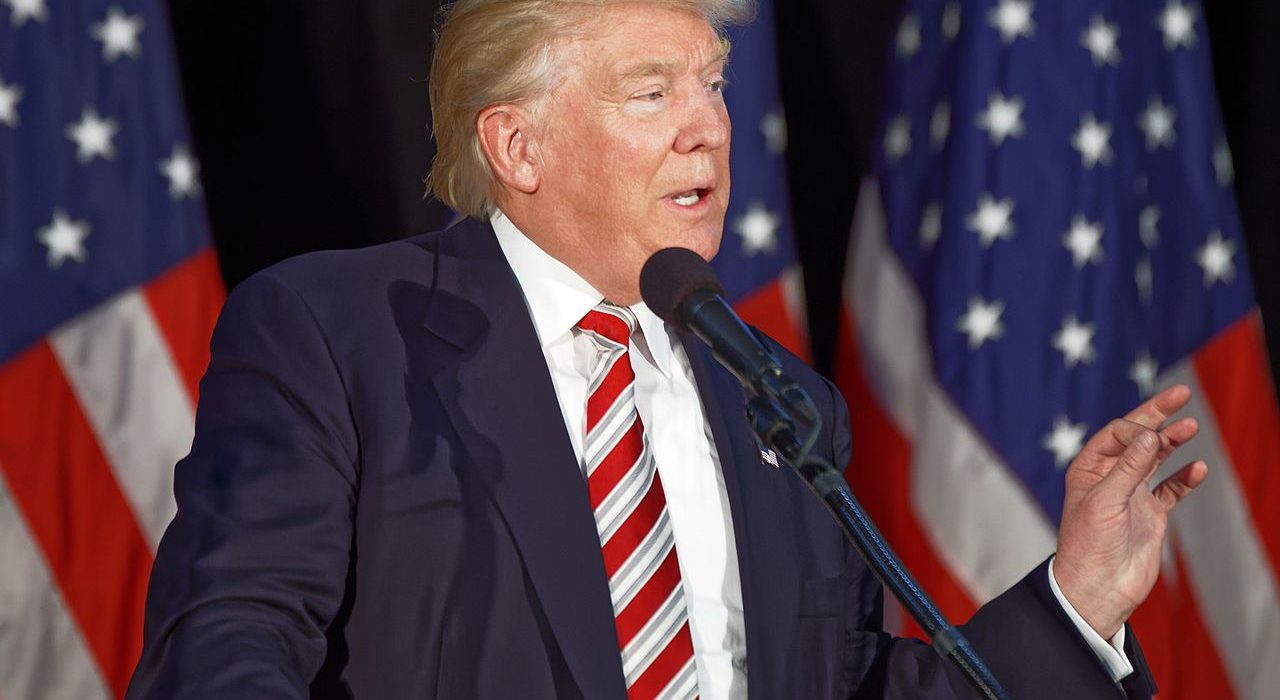 Joe McFadden is a History and Politics student with a keen interest in Film, TV, and politics. This is his blog of election night.

You can read his guide to the US election here.

10 PM: Coverage starts. Anxiety increases. I’m writing an essay while obsessing over the first exit polls. Whiskey is not out yet.

12 AM: Indiana projected for Trump, no surprises there. Kentucky showing for Trump too but nothing confirmed yet.

1 AM: Biden leading in the North East. Looking good, but not gonna curse it yet!

1.30 AM: Florida and Georgia keep on flip-flopping, but that’s expected. Nerves and whiskey consumption increase. It looks like Trump might retain Ohio. That is a surprise.

1.58 AM: More polls about to close. Feeling tired but I’ll survive. New polls will either send me into a fit of rage or celebration. Currently Biden 51 and Trump 48 – it’s close but we can’t call it yet.

2 AM: Biden shoots to 80 whilst Trump remains at 48. I am suddenly awake. I pour another whisky.

2.40 AM: Trump is leading in Texas which is disappointing. It doesn’t look like expectations of a Biden Landslide will materialise. Biden 89, Trump 72. Arizona might flip Democrat which would be good, but I’m not calling anything yet. Whiskey is still being consumed. I will likely finish the bottle.

It all comes down to this.

2.50 AM: Race is still too close to call. My flatmates are trying to book a final night out before Boris locks us down. I’ve still got an essay due that the election is delaying. Dear readers, don’t be like me. Do your work early and don’t stay up for elections. It’s not worth it.

2.55 AM: Waiting for California projections so Biden can get 55 point boost and I can feel good about myself for 5 minutes. This, of course, before returning to the depressive, dystopia we live in. Trump is closing the gap in North Carolina and Ohio which is really not good. Texas and Florida are appearing to be a Trump win which is expected but still disheartening.

3 AM: This is depressing. It’s becoming too close for my liking and becoming too much like 2016. Why did I trust the national polls? I’m now preparing for 4 more years of Donald Trump.

3.11 AM: All my flatmates have gone to bed. I’m about to do the washing up. I’ve got nothing better to do at quarter past 3 on a Wednesday morning.

3.20 AM: Trump is up in Pennsylvania and I’m not feeling good about it. This state is going to be critical, even if Biden bags Arizona.

3.40 AM: Biden is leading by 98-92. There’s a constitutional lawyer on discussing the possibility of legal challenges. Seems to be very confrontational predictions in terms of court challenges.

3.45 AM: Trump is up in Ohio and Pennsylvania. It’s not looking good. Florida and Texas clearly for Trump. My optimism has disappeared. Missouri just called for Trump, he’s in the lead with 102 now to Biden’s 98.

“You see Trump’s numbers moving up in a lot of places in Ohio with same-day vote.”@SteveKornacki examines incoming #ElectionNight results from Ohio #TrackingKornacki #MSNBC2020 pic.twitter.com/7LKefzQi7z

3.45 AM: Trump still leading in North Carolina but only by a point or so. Biden is winning in Arizona which could be a big win for the Democrats. 15 mins left till the rest of the West Coast closes.

3.57 AM: Republican and ardent Trump fan Lindsey Graham retains his Senate seat in what is another disappointing outcome.

4 AM: Polls across the West Coast close taking Biden to 192 electoral college votes to Trump’s 114. This is expected due to California’s 55 votes but the Midwest is still up for grabs.

4.30 AM: Arizona has been called for Biden but it isn’t 100% confirmed yet. Whiskey bottle still has another glass left in it, waiting for later.

Trump advisers say campaign is furious with Fox for its Arizona call for Biden, an indication of how much was riding on the state. "Words cannot describe the anger," the adviser said.

5 AM: Hawaii and Alaska have closed their polls. Ohio has been called for Trump, giving him a crucial swing state. The last time a President won without Ohio was 1960. It’s not looking good for Democrats. Biden is still winning with 205 to Trump’s 136. But the major states of Texas and Florida are still likely to go to Trump.

5.10 AM: Some commentators are predicting a tie at 269 each. This would be truly unprecedented in modern politics.

5.20 AM: Had my first sip of whiskey for about an hour. Bottle still has some left in it. It’s looking like we might not know the result for a while so saving some for the rest of the week. Some journalists and pundits are mentioning that many counties and districts saw heavy postal votes. There’s still some hope left although my optimism fades as the night goes on.

5.25 AM: Biden expected to make a statement soon. This should be interesting.

5.40 AM: Florida called for Trump with a larger margin than in 2016. Expected but still a disappointing night for the Dems.

“It’s not my place or Donald Trump’s place to declare who has won this election,” Joe Biden said at his election night event in Delaware. “That’s the decision of the American people.”

He urged patience while all the votes are counted. https://t.co/sGn5STPnBq pic.twitter.com/lpMNOMDn65

5.45 AM: Biden makes a speech in his home state of Delaware attempting to galvanise his Democratic base. He affirms his intention to stay in the race, claiming “we are on track to win the election”.

5.48 AM: A long night just got a hell of a lot longer. Trump has tweeted that the Democrats are trying to “steal the election”. He’s coming out fighting and trying to control the narrative.

We are up BIG, but they are trying to STEAL the Election. We will never let them do it. Votes cannot be cast after the Polls are closed!

5.53 AM: Debating going to bed. Do I carry on watching or do some work?

5.56 AM: Twitter has hidden Trump’s tweet. Big blow if he’s perceived to be making false claims, although it won’t have much effect overall.

6 AM: Polls shut in Alaska. All 50 states have now finished voting. Could go either way but I’ve got a tutorial in 6 hours. Shall I go to bed?

6.25 AM: Electoral map currently at 210 Biden, 213 Trump. Feeling a bit delirious. Might have a quick nap on the sofa. It’s not the night I wanted but it’s not over yet.

6.30 AM: Biden wins the second of Nebraska’s 2 votes! This 1 vote could make the difference between win or lose. There cannot possibly be a tie now.

6.45 AM: Trump expected to speak soon. Waiting for that before I go to bed. Got a tutorial at 12 PM. Why do I do this to myself?

6.50 AM: I wish we were living in Aaron Sorkin’s fantasy land. It would be nice if at the next election I could go to bed without getting FOMO around America’s own imminent self-destruction. Seriously, I’m all for Bartlet for America. Let Martin Sheen be President. It would be fun. He’s the only old, white man I’d get behind. If you want a distraction from the modern dystopia we live in (take a shot every time I mention this over the next few days) then binge the West Wing on All 4. It’s nice to imagine a world where politics can be run by good people.

6.56 AM: The race is tightening in the swing states and Trump is still expected to speak soon. I’ve been up for over 18 hours now, wonderful. Is anyone still reading?

7.00 AM: Trump is about to speak. A few states left to call. This will probably come down to the courts. American democracy in action.

7.10 AM: Trump still not out. I’m going to try and get a couple of hours sleep. Here are a few final thoughts:

In my opinion, it has never been clearer that the American political system has been so intrinsically broken. Trump or Biden, what is important is that we remain our humanity. We must have compassion for others in this world, otherwise, we are destined to lose our way.

We must not be blinded, but we must not allow hate to succeed. Humanity is always moving forward and changing. Regardless of who wins the White House, it is clear that America has changed. It is a nation that has been repeating this same battle for decades. This year it has got the closest it ever has. Who knows what will happen next.

7.15 AM: Trump still hasn’t shown, but I can predict what he’s going to say. And by the time this article is out, you will know as well. This has been an interesting night, one I will never forget. I go to bed hoping that Biden will win but knowing that Trump is very much still in the game.

Only time, votes and the courts will tell. With this, I log off, climb down off of my self-righteous live blogging soapbox that most people probably won’t read and hope for the best for America and the world at large.