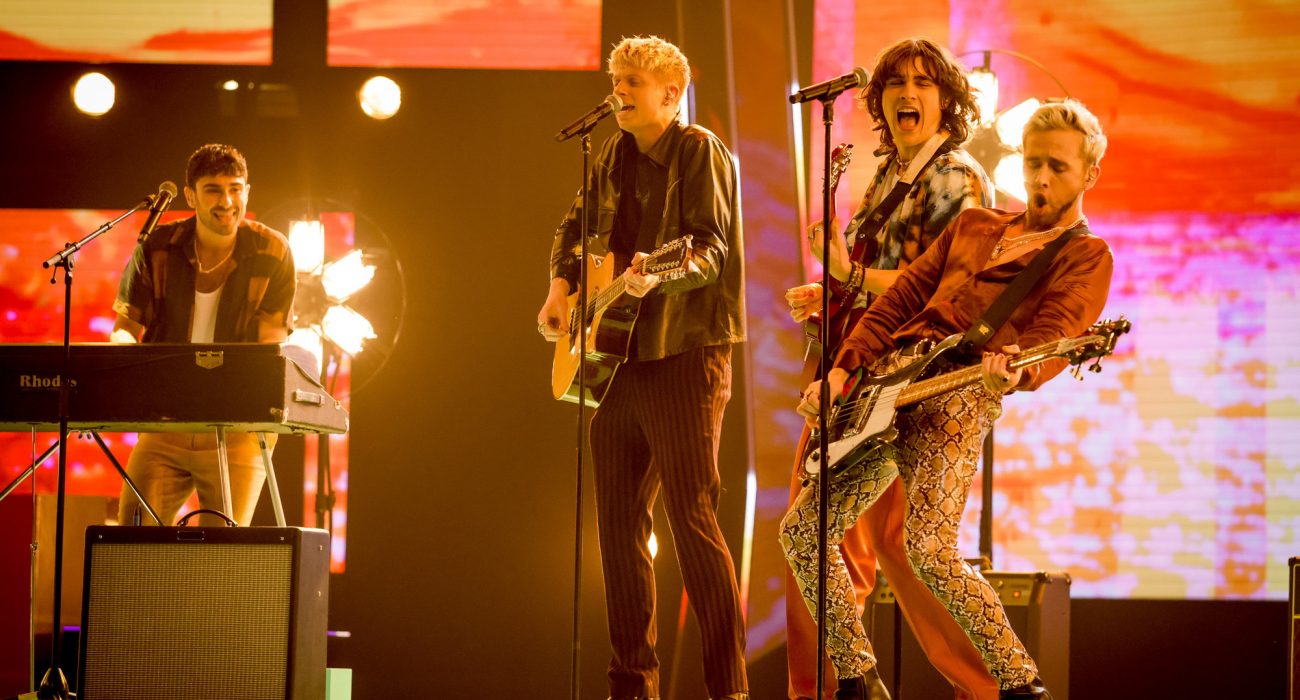 Fuse TV spoke to Since September’s band member Patrick Ralphson, the University of Manchester student who’s ditching the Ali G to perform to tens of thousands at the O2 arena after winning Little Mix: The Search.

On the 7th November, the four-man band Since September were announced the winners of the BBC One talent search. Put together by Little Mix, the newly formed band will be joining the world’s biggest girl group on their 2021 UK ‘Confetti’ tour.

We have our winning band 🎉. Huge congratulations to Since September! We can't wait to tour with you! Also a massive thank you to all the bands who took part in @LMTheSearch… pic.twitter.com/3k8SynhDd5

Congratulations on winning BBC’s Little Mix: The Search. How did you feel when it was announced that Since September had won the competition? Was it a shock?

It was mega. When we were stood there on stage and they said ‘The winner is…’ I kind of knew. I wouldn’t say I knew but I had this feeling in my gut that Since September would sound right right now but it was still just mega. You reflect on the whole journey in one second when he says your name. It was all a year in the making and it just slapped.

“What would you say has been the biggest change in your life since winning?

“The fact that I’m stopping University in January. I’m finishing the semester and then obviously we’ve got the tour. I’m going to be in London rehearsing. Being able to actually be a full-time musician – it sounds like a cheesy comment – but it’s just something that I’ve always dreamed of doing. Just being able to wake up, write songs, play music, go to bed. It’s just all I want to do and now I can actually finally do that.

“That will definitely be an upgrade from University then”.

“No definitely – I won’t be going to the Ali G anymore. I’ll miss it. I’ll miss trying to go to a study space that I booked and someone else be there and then not be able to get in.

When do the tour rehearsals start? Do you know what that looks like?

“We don’t have a set date for when we start. But yeah it will be start of the year, February time.

“I actually have no idea but that’s what’s so exciting about it you know. There’s so much unknown to this experience- I’ve never done this before, I’ve never played at arenas or had such a serious tour. When I was younger I toured festivals when I was 18, but that was just playing with my mates and doing songs that we wrote in our garage. This is an adventure and it’s so exciting.

What would be your top three desert island discs?

Stone Roses- first album – obviously. There’s an album by a guy called Yellow Days which is called A Day in a Yellow Beat and that’s just a beautiful album. It’s interesting because no one really listens to albums anymore because of Spotify and streaming. Michael Kiwanuka’s album it’s called Love and Hate and this yeah again is a beautiful album. The production on it is just mega.

Settle a debate for us. Where is the best place to get a takeaway in Manchester?

Oh- ‘AL ZAIN’ on the curry mile. The Shawarma from there is just unreal, yeah- no doubt.

Since September were put together by Little Mix. The band moved in together for 8 weeks whilst the show was on hold due to Covid. What’s the relationship like between you all? Does it ever feel contrived due to the nature of its creation?

“Not at all. It’s quite interesting because we got formed in February and the show was meant to finish in May and the tour was going to be this summer and then because of Covid and everything it stopped. So, we actually had six months of calling every day just getting to know each other and it just become so natural. So as soon as we moved into the house together it was like I’d known them for years. It was really good to have that buffering period, it worked in our favour. So, it’s never contrived.

What’s been the biggest highlight from the experience?

Tune in to Little Mix: The Search at 7PM on @BBCOne where we'll be performing and mentoring Since September! @LittleMix aren't going to be giving us a score out of 100… right?! 😰 pic.twitter.com/sMbDI380uK

They were my first gig and first album. They were what made me want to play guitar. I grew up with that album Room on the 3rdFloor and I’d have it on and be playing air guitar in the mirror just like jumping around my room. And then I was just there with them and saying hello to them. I’ve got Danny’s pick as well so I use that every time I play now.

Can we expect any Since September original material anytime soon?

“Without a doubt. We’re being put in sessions with some really talented people writing songs. We all write songs in our own right but there’s a difference between me having written a song that’s got 30,000 streams on Spotify and someone who’s written 15 number ones. Being able to work with these people is an amazing opportunity and we want to get songs out before the tour starts.

We have yet to define our sound. When we get into these song writing sessions we’ve got the time and the opportunity to mess around with so many different sounds and find out what ticks for us.

I really want to be in Manchester arena at the end of the tour, singing a Since September song that I’ve written, and having the arena sing it back to me. That’s the dream”.