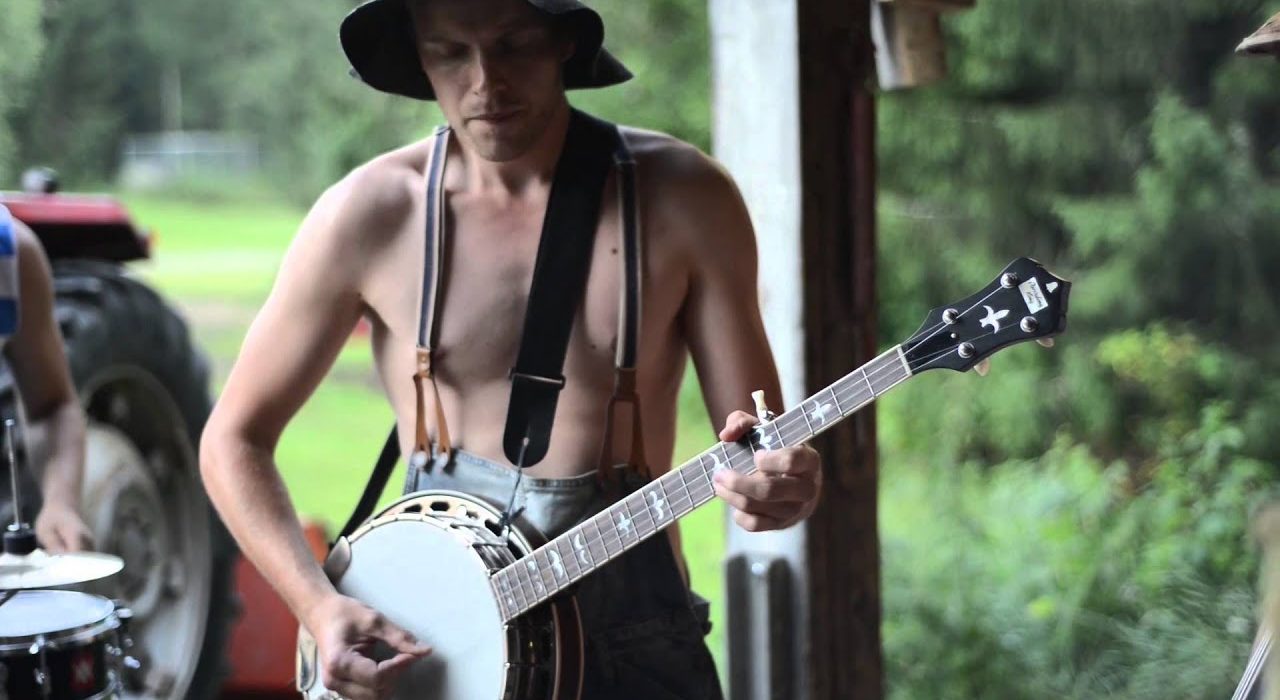 Newgrass sensation Steve‘n’Seagulls have come rockin’ and rollin’ into 2021, announcing a string of concerts to follow their new album ‘Another Miracle’. For those who don’t know the Finnish band, they are a blend of musical genres, such as rock and bluegrass. They initially became famous through their inventive YouTube cover of AC/DC’s Thunderstruck, which received over 200 million views, skyrocketing their career and leading to albums and gigging across the world.

The band consists of five highly talented musicians named Hiltunen, Herman, Remmel, Jamppa and Skubu who are capable of blending musical genres with a wide array of instruments, from accordion to banjo, double bass to drums and vocals. Bandmate Remmel highlights the surprising nature of their sudden stardom, revealing that ‘we were caught with our pants down’ after their three YouTube videos went viral, ironically videos that were only meant to be ‘material for our booking agent’.

Remmel also states how the importance of harmonisation and musical instruments in their performances, describing a desire to ‘make our instruments sound as tight as possible and communicate together’. He described how their sound comes from exploring new styles and ways to play instruments, whether adapting the style of a banjo and accordion to become more aggressive, or investigating how acoustic instruments can be ‘used in a more punchy way’ to ‘get more colour, energy and variation out of them’. By focusing so intently on harmonising, they are given the freedom to express and to challenge themselves as musicians. This is an element particularly heard within their new album, as they create interconnecting melodies between contrasting instruments.

During their virtual live stream concert ‘Another Miracle’, the thing that became clear was their skills as musicians. Playing a wide variety of songs from their new and old albums, they virtuosically alternated between tempos, instruments and vocalists. The slower of their set list, ‘Piece of Your Heart’ and ‘November Rain’, were filled with emotion, gorgeous vocal and instrumental harmonies that even caused some of the audience to pick the table lamps up and sway them. Meanwhile other songs cultivated their skills in different ways. For instance, their French singing in ‘Anti-social’ or the break-neck speed in which they play banjos, drums and more in ‘My Sharona’ or ‘Give Me All Your Loving’ (originally by ZZ Top). For the latter, they strummed so quickly I was sure that a string would break.

Returning to the band’s inspiration, Remmel pointed out that ‘many awesome acoustic bands and electric ones… inspire’ them, with his examples including ‘Neil Young, Pantera, Jimi Hendrix, Led Zeppelin, Euroboys, Kent and Children of Bodom’. Growing up with heavy and rock music seems to have inspired the excitement of the band and the audiences that listen to them. The band is also unique in its style, often being described as hillbillyish, a style true to themselves. They are ‘just a group of people having fun together’.

When asked about the new album, Remmel focused on the multiple inspirations that arose from their ‘travels’ around ‘continents and countries’, ‘meeting different people in different cultures’ and the desire to make a ‘better album’, exploring their instruments and composing more original material. Now that their album is released, they hope to ‘shine some light to this somewhat different and difficult time’ and that ‘people… stop and listen to music’, something they intend to continue through working on their next album, more original music, exploration and touring.

Unfortunately, like many bands, Steve’N’Seagulls have been impacted by COVID-19, which led to the postponement of many of their tours across Europe, Australia and more. However, fans will be excited to know that the band is back, and planning shows to rock the UK in Autumn 2021. Their show dates are located at the bottom of the article.

In light of the problems caused by the pandemic, the band send heart-warming wishes for the world and music industry, hoping…‘That we and everyone else would be able to continue with their work. First of all of course as many as possible would stay healthy. But we truly wish that people stay strong and can keep up their spirits even though the situation is tough right now. As a band we wish to tour around the world as planned and see new cultures, meet new people and have a good time with music’.

Here’s a link to ‘Another Miracle’ by Steve ´n´ Seagulls on Spotify, so that you can soak in their sweet harmonies.