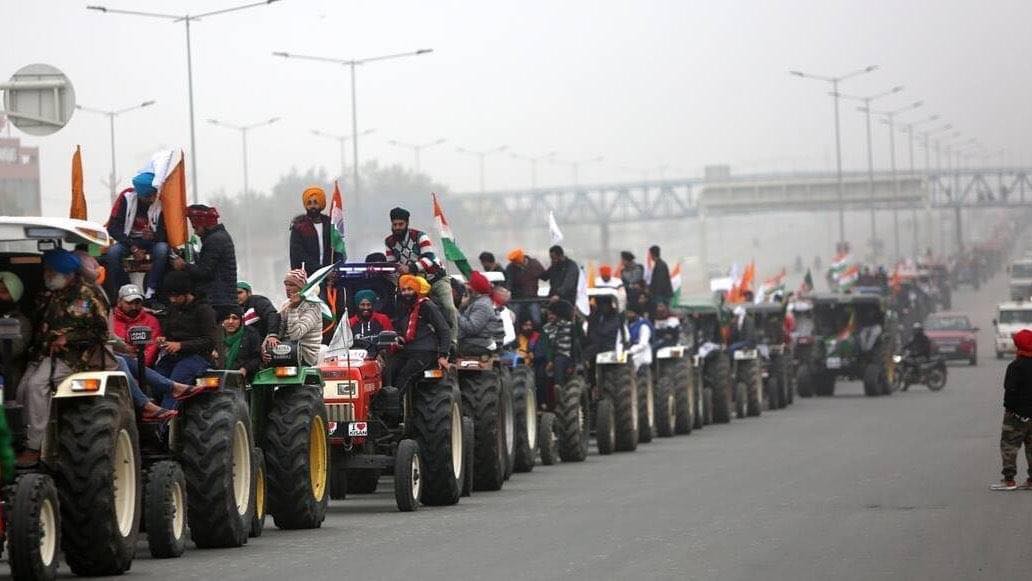 With a single tweet last week, Rihanna drew global attention to what has become known as the “farmers’ protest” taking place in India. Labelled as “the largest protest in human history”, some sources have stated that more than 250 million Indians from all over the country, as well as their global allies, have taken to the streets in protest of agricultural reform by the government.

why aren’t we talking about this?! #FarmersProtest https://t.co/obmIlXhK9S

But why have these farmers and their allies taken to the streets?

Agriculture is the largest source of livelihoods in India. Rough estimates suggest that there are approximately 150 million farmers in India (accounting for just over 11% of the population) and on a wider scale, between 60-70% of Indians depend on the agricultural sector for their income.

Despite this, farmers account for one of the poorest groups in Indian society overall, and suicide is widespread. Although statistics vary, it is estimated that approximately 35% of farmers’ suicides are due to debt, with one agency recording 226 293 suicides between 2000 and 2013.

Pre-existing laws in India attempted to combat this issue through safeguards protecting farmers from corporate exploitation.

Included among these safeguards were crop sale regulation, subsidies, the MSP (Minimum Support Price) – a specific amount set by the government for its purchase of “essential” agricultural products that ensured fair compensation to farmers for their produce – and the Mandi, the marketplace in which farmers could sell their produce directly to the government at the MSP.

In September 2020, the Indian Government passed reforms known as The Farm Bills, in which three agriculture laws were amended or introduced to the farming sector.

These reforms triggered widespread protests across the country. According to the protestors, the laws were passed without consulting farmers or their representatives.

In addition, protesters fear that these reforms benefit only one party: by removing the government as the initial buyer in the Mandi and introducing contract farming directly with the corporate and private sector, the balance of power would significantly shift in favour of corporations.

As well as this, farmers believe that by abolishing the need for the Mandi, they will gradually die out, and with it the MSP will also die out too.

Farmers fear that big corporations that have the resources to stockpile and preserve produce will be able to create artificial demand for produce and, in combination with a set upon price per contract and a lack of regulation, this will eventually result in extreme exploitation of farmers.

Wholesale crop prices will likely be negotiated downwards and undervalued, leading to lower incomes and higher debt rates, until farmers will ultimately be forced to sell their lands to their debtors.

It is this potential corporate manipulation of the agricultural market that protestors are most concerned about. Farmers’ confidence in the Indian government is already low due to previous experience: in 1988 deregulation of India’s cotton farming allowed a corporation to create a seed monopoly, as a result of which seed prices increased from 7 rupees to 17000 rupees per kilo.

Protestors also disagree with the removal of court adjudication should a dispute arise, as they fear the injustices that may arise due to the corruption of local government and how this may influence any arbitration processes.

Protests originally began in individual Indian states in August 2020, but intensified in September 2020, when farmers from all over India began to march towards India’s capital, New Delhi.

On reaching New Delhi, they were met with water cannons and teargas from the police, but continued to block roads and major highways in and out of the capital, demanding that these three bills be repealed before talks with the government would even be considered.

Due to the government’s use of force to counter these demonstrations, the protest has gained the attention of Indian diaspora communities across the world. Since then, clashes have broken out between some protestors and police, leading to violence and warrants for the arrests of some protest leaders being issued.

Over 159 farmers and their allies have died or been killed in the protests as a result of clashes with government forces, and over 100 people have been reported missing.

It remains unclear just how many people have been injured from either side. An Indian government official told the Guardian that the Ministry of Home Affairs demanded the suspension of almost 250 Twitter accounts that used the hashtag #modiplanningfarmersgenocide due to “posting content seeking to foment violence”.

The society told The Mancunion: “Hundreds of videos have circulated social media showing examples of this violence (much of which is towards elderly protestors) which has been distressing for many students to see, but state-owned media and news outlets have circulated false propaganda in an attempt to incite hatred towards the protestors.”

They also emphasised that the situation “concerns not just the Farmer’s bills but fundamental human rights”.

The Manchester Malayalee Society added: “A significant number of Malayalee students in the UK have families who were and are farmers.

“It is our responsibility to show solidarity towards these farmers and their families. We stand with the Farmers of India.”

Amnesty International has called for the Indian government to “immediately stop its escalating crackdown on protesters, farming leaders and journalists”.

As well as Rihanna, other international celebrities and activists, amongst them Meena Harris and Greta Thunberg) have also shown support for the protests.

And diaspora activists have highlighted that it is this that makes the Farmers’ Protests not simply a local issue, but a global one.

The Indian Society of Manchester did not respond to a request for comment.