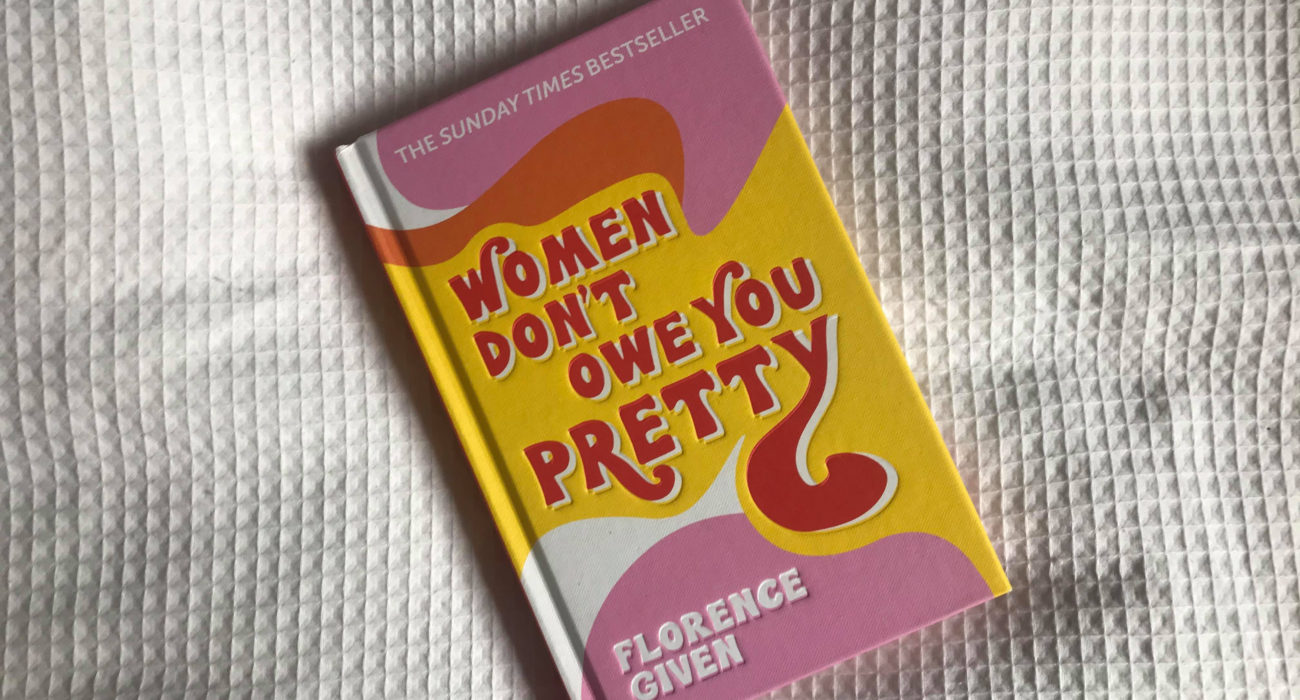 Photo: Maisie Scott for The Mancunion

Given paints herself as a survivor, harnessing the language of victimhood. This statement appeared following her disappearance from the platform in December 2020, after Chidera Eggerue (AKA The Slumflower) accused Florence Given of copying her work. Eggerue pointed out significant similarities between Given’s Women Don’t Owe You Pretty and her own book, How to Get Over a Boy. Both books were published in 2020.

Given’s social media silence has brought her sympathy from some. In contrast, Chidera’s apparent transparency, in screenshots, stories and posts has led to her being called aggressive and demanding – labels that have been used to silence Black women for years.

Given has made only one statement of response, which can be found on her Instagram. She writes that the situation required ‘a response and not a reaction’, implying that Eggergue’s response has been reactionary. In doing so Given enforces a narrative of the trope of the angry, emotional Black woman.

The plagiarism which Eggerue accuses Given of is just part of the debate to be had here; these ‘responses’ and ‘reactions’ highlight issues of young Black feminist voices being ignored.

Responses to these accusations of copying have been framed as a ‘battle’ between the two women. The Slumflower has been pitched against Given on social media and in articles that use language of violence and opposition. The Tab ran an article titled ‘Here’s the latest on The Slumflower vs Florence Given drama’. The dismissive and melodramatic language used to describe the issue not only ignores, but perpetuates, the systemic problems that need to be addressed.

By focusing upon specific aspects of the books, or on the use of Instagram as an ‘arena’, the real trend is intentionally sidetracked. That is, that Black women are systematically silenced and copied by white people, regardless of the legal outcome of this particular case.

‘Do we get recognition? No. Black women continue to pave the way, set the trends, and set the pace. This book is generating wealth. Black women’s ideas generate wealth for white people. But that wealth doesn’t go to our community.’

Both women are online influencers and feminists, who spread similar messages of body positivity and self love. Eggergue has highlighted similarities between the content of their books, but she also points to similarities in the books’ covers and styles.

Both works have large print, pink and orange colour themes and bold patterns. Eggergue likens the title of Given’s book with a chapter of her own, ‘I do not owe anybody pretty’.

Given also cites Eggergue in her book: ‘I want to acknowledge that the sections in this book on my understanding of prettiness, desirability, privilege, unconscious bias and systems of oppression didn’t just fall into my head. I had to listen and I had to learn, predominantly from Black women’.

Some have argued that many popular feminist texts just look similar, and are bound to cover a lot of the same ground. An article in The Conversation lists countless examples. In a disparaging tone, the article labels popular feminist texts as ‘starting platforms’ that are unsuccesful in bridging the gap to ‘more challenging, critical texts’.

It is true that there is expected overlap, but to dismiss both books as ‘coffee table books’ is also to dismiss two Sunday Times bestselling authors, with a combined 900k following on Instagram. Neither have claimed to be academics, and the point of both books is their accessibility. The dismissiveness with which the authors have been treated would not have happened if they were not young women.

The conversation has only been covered by online and tabloid papers. One article in gal-dem, when considering ‘Instagram feminism’, claims ‘For Chidera to hit Florence with allegations that she’s copied her schtick to sell watered down feminism to the masses brings to mind the meme of the two Spidermans, pointing accusingly at each other’.

This is mocking and insensitive to both women’s experiences. It also works to discount the hugely influential impact they have both had online and in mainstream media.

The responses are overwhelmingly belittling, as it is easier to focus attention elsewhere, rather than to address the issue of marginalised Black voices. I am not claiming to have an answer, but opening up conversation without being derisive or patronising seems a good place to start.

‘Black authors are exploited enough in the literary space – an industry whose founding fathers owned slaves.’

Black stories are continually rewritten, repackaged and gentrified by white, historically often male, writers. It is only with this historical context that Eggerue’s ‘emotional’ response can be understood.

In an article for The Guardian in 2019, Booker Prize winner Bernardine Evaristo wrote about Eggerue’s debut novel, and seemed to predict the future by questioning the longevity of the demand for young Black female authors.

She wrote ‘Some of these writers become shooting stars, and when their moment has passed we wonder what happened to them. History tells us that books can too easily disappear from literary and cultural memory […] Obscurity has been the fate of too many black female writers.’

Eggerue is actively fighting to not have her voice lost amongst a sea of white feminism. On January 5th 2021, she explained her demands for reparations from Given in an Instagram post. This has sparked discussion about individual reparations and their place in collective liberation.

In her statement Florence wrote ‘My publishing team have confirmed with me that we have not promoted the Google results where my book is coming up when people search for Chidera’s name. […] We absolutely should be critiquing systems that prioritise white women’s work, even when you search for a Black author’s name’.

Given also informs her followers that her book went to her publishers in November 2019, whilst Eggerue’s was released in February 2020. However, Eggurue’s first book, What a Time to be Alone was published in 2018 and is cited in the very first page of Women Don’t Owe You Pretty.

To date, neither Eggerue’s or Florence’s publishers have voiced any concern that there is copyright infringement or plagiarism at play. This suggests the two books coincidently are similar rather than purposely.

However, it does not mean that the conversation should be dismissed entirely. It still raises questions regarding the promotion of white voices, the cruel responses that have been produced online and white women’s place in explaining intersectional feminism.

There is no clear-cut answer, but that does not mean the question should be dismissed. Florence Given is complicit in the undermining and silencing of Black voices, but this does not mean she is guilty of definable plagiarism. In analysing our own initial responses, and those of the people around us, we begin to recognise and address the unconscious bias that inevitably informs these conversations. 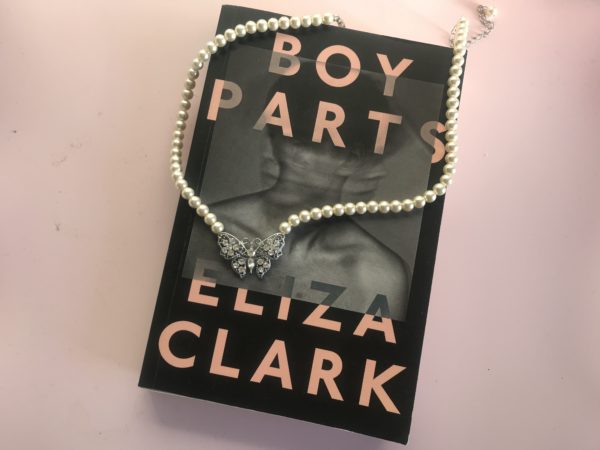 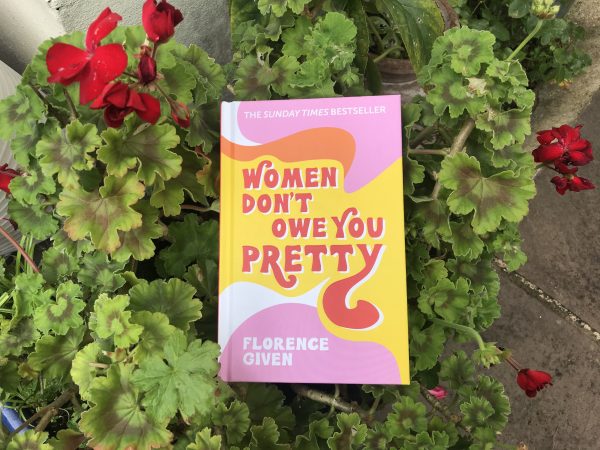 Tags: Chidera Eggerue, feminism, Florence Given, How to Get Over a Boy, Instagram feminism, plagiarism, The Slumflower, Women Don’t Owe You Pretty